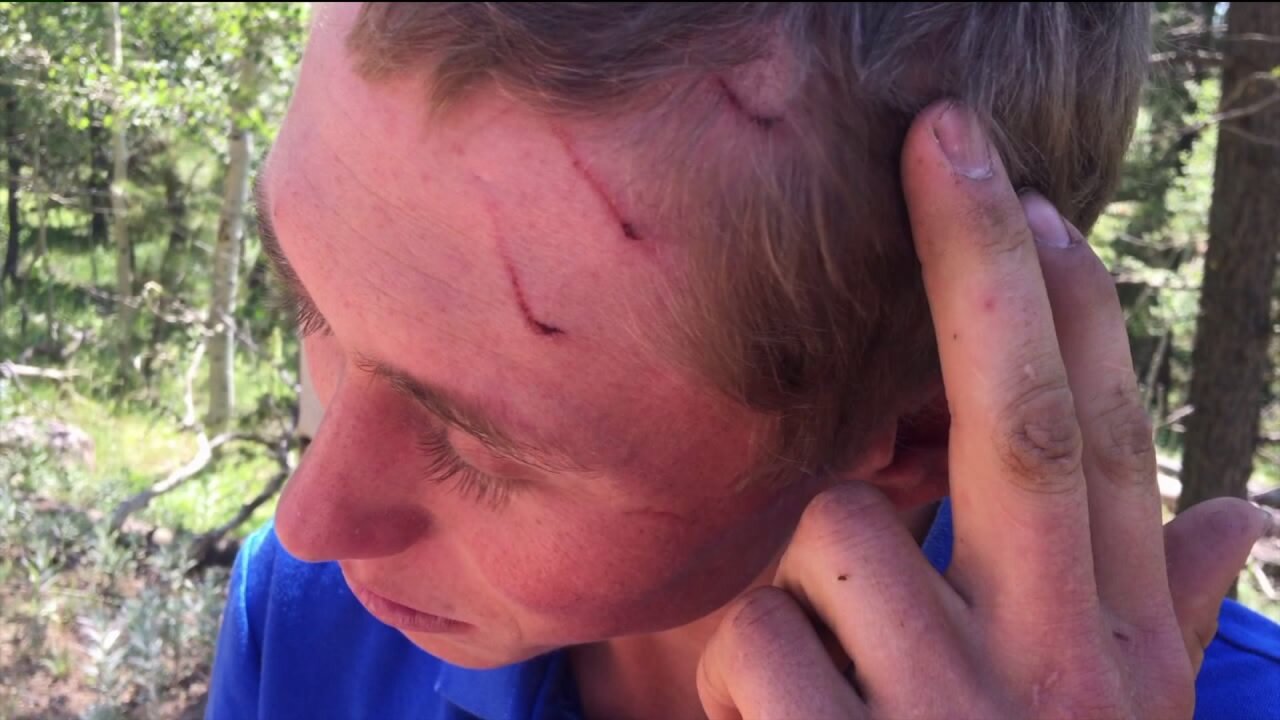 A camp staffer at a Christian summer camp in Colorado has been hospitalized after he was woken up early Sunday morning by a bear chewing on his head.

The 19-year-old said that he thought he was dreaming as he heard a “crunching sound,” only to wake up in “immense pain” as the black bear attempted to drag him away from the Glacier View Ranch campsite, Colorado Parks and Wildlife spokeswoman Jennifer Churchill told CNN.

The victim — who teaches wilderness survival at the camp — told CNN affiliate KMGH that he thought the noise was caused by contact between the bear’s teeth and his skull.

“The crunching noise, I guess, was the teeth scraping against the skull as it dug in,” the victim said.

“It grabbed me… and pulled me. Then it bit the back of my head and (dragged) me,” he told KMGH. The animal managed to drag the teenager for around 10 -12 feet before it was scared away by other staff members.

“When it was dragging me, that was the slowest part. It felt like it went forever.”

The attack happened around 4 a.m. Sunday (3 a.m. ET) when the animal wandered into a part of the camp where several staff members were sleeping, a press release from the summer camp, which at the time of the attack was catering to pre-teens, said.

“Unprovoked, the bear proceeded to attack one staff member. He is currently stable and resting comfortably.”

The press release added that no campers were involved or in any danger. The wounded staffer was transported to Boulder for medical treatment and is not considered in critical condition.

Churchill said that even though the unprovoked attack is not common black bear behavior, the animal will be removed.

“It is a dangerous bear so we can’t tolerate animals like that,” she said.

Staff and directors at Glacier View Ranch took “appropriate actions” and are cooperating with the Colorado Department of Parks and Wildlife to track and remove the bear from the area, the campsite’s press release said.

The summer camp program will continue, the release says, with another intake of campers attending the camp from July 9 to July 16.

“Due to its location in the mountains, just several miles from Rocky Mountain National Park, we anticipate contact with various wildlife throughout the summer camp season.

“As such, we train our staff for contact, interaction and incidents with wildlife including moose, wild cats and bears.”