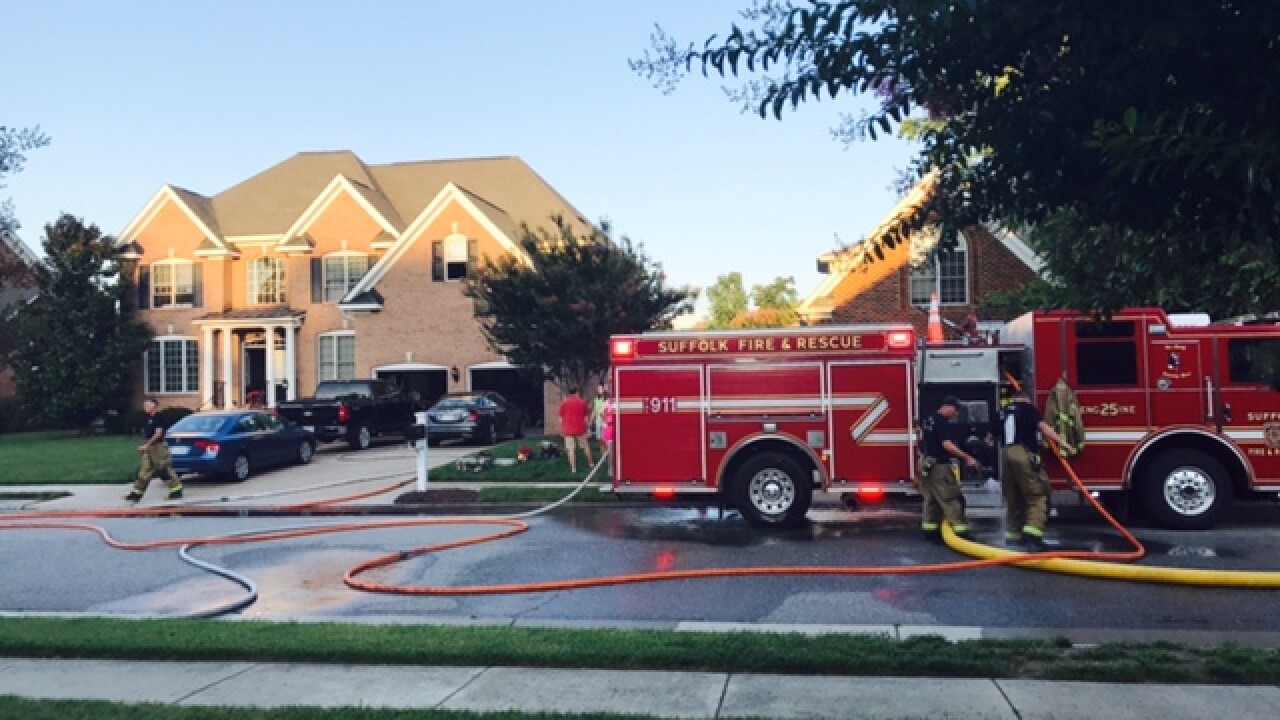 Emergency Communications received the call at 7:06 p.m., and first responders arrived on the scene at 7:10 p.m.

Captain James Broglin said when crews got there they found smoke at the crawl space of the two-story single family home. In order to extinguish the active fire, firefighters had to crawl about 15 to 20 feet under the house through a narrow access space in the garage.

While the fire did not extend to the home’s interior, there was minor smoke damage.

The fire was called under control at 7:22 p.m. and there were no injuries. Two adults have been displaced and are being assisted by friends.

The Suffolk Police Department provided traffic control at the scene.