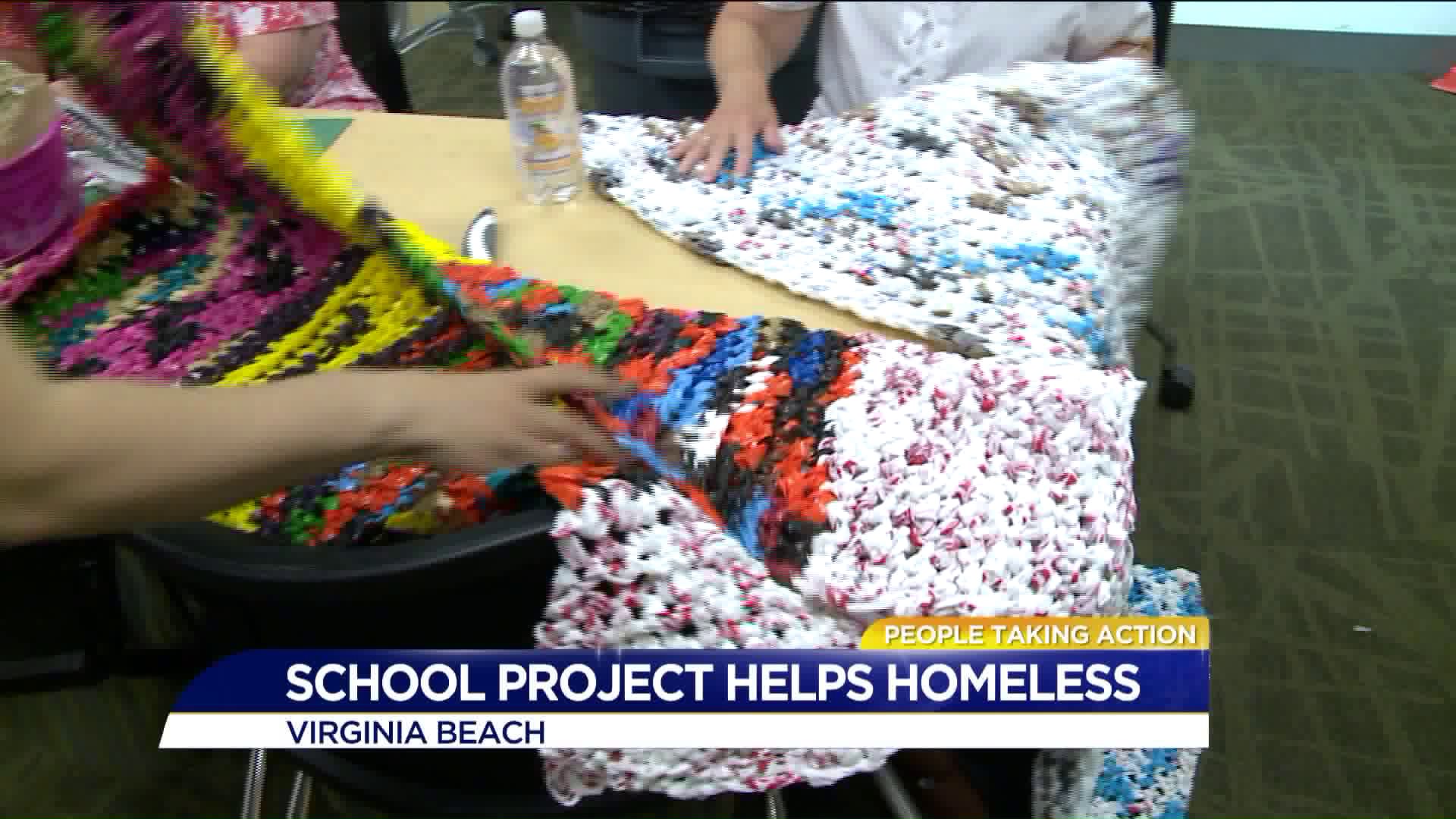 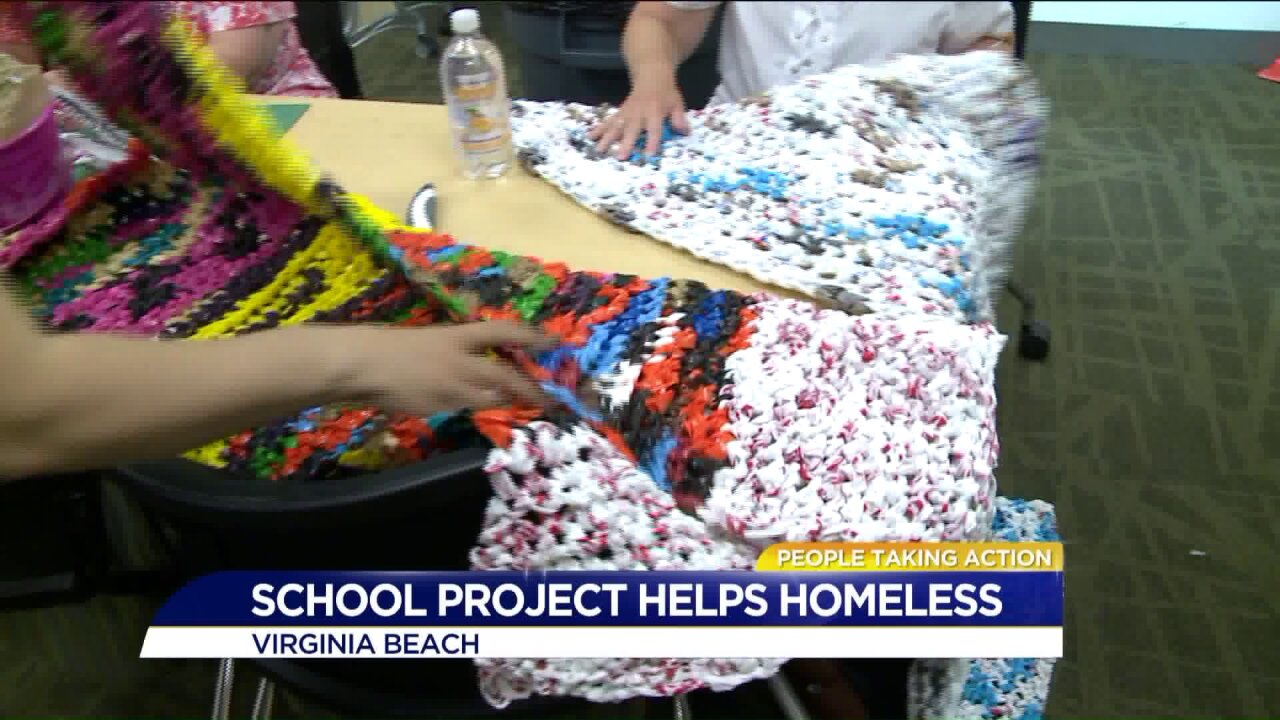 VIRGINIA BEACH, Va. - She's a Virginia Beach mom who has turned her daughter's school project into a way to help the homelessAnd it's all by using plastic bags.

Plastic bags are what you need to make plarn.  So what is plarn?

Jacinda Thibodeau  says once you have enough----you can crochet with it, "Whether it's a grocery bag, colored trash bag...just about anything-- we've got Walmart bags. We've got Target bags, all sorts of bags."

Jacinda  says this all started as a school project on recycling for her daughter..... they decided to use their plarn to make mats for the homeless, so they created a  group Facebook page for extra help, "It really just took off from there and I was like, if there are this many people who want to help, I've gotta keep it going."

It caught the attention of people like Christine McGrath, who's been crocheting for 52 years;  "I just thought I've heard about it and I wanted to try it. After 50 years I wanted to try something new."

Tamy Lemke was also curious and is glad this is not only putting plastic bags to good use, but is helping the homeless who are sleeping  on a hard surface or a park bench, "I think it's awesome. I do. I think it's great."

A finished mat is about two and a half feet in width and six feet in length and it's going to go to a homeless person in our community.

For all that Jacinda is doing, News 3 presented her with a People Taking Action award along with a $300 Visa gift card from our community partner Southern Bank.