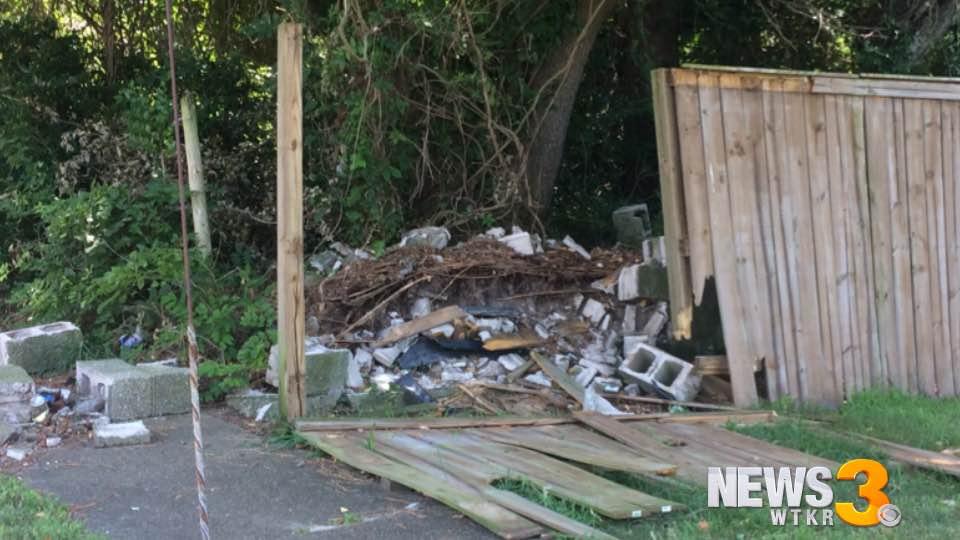 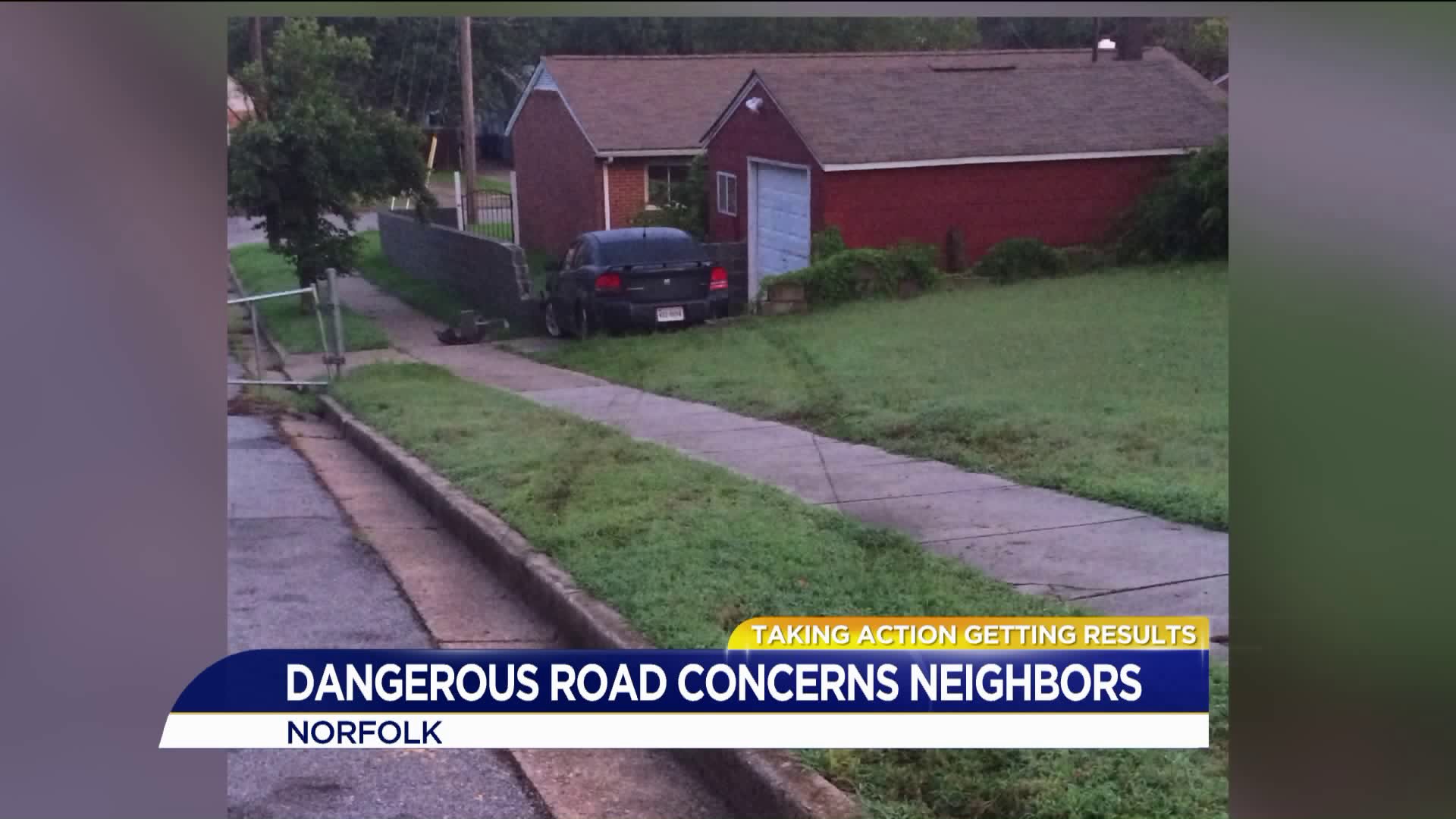 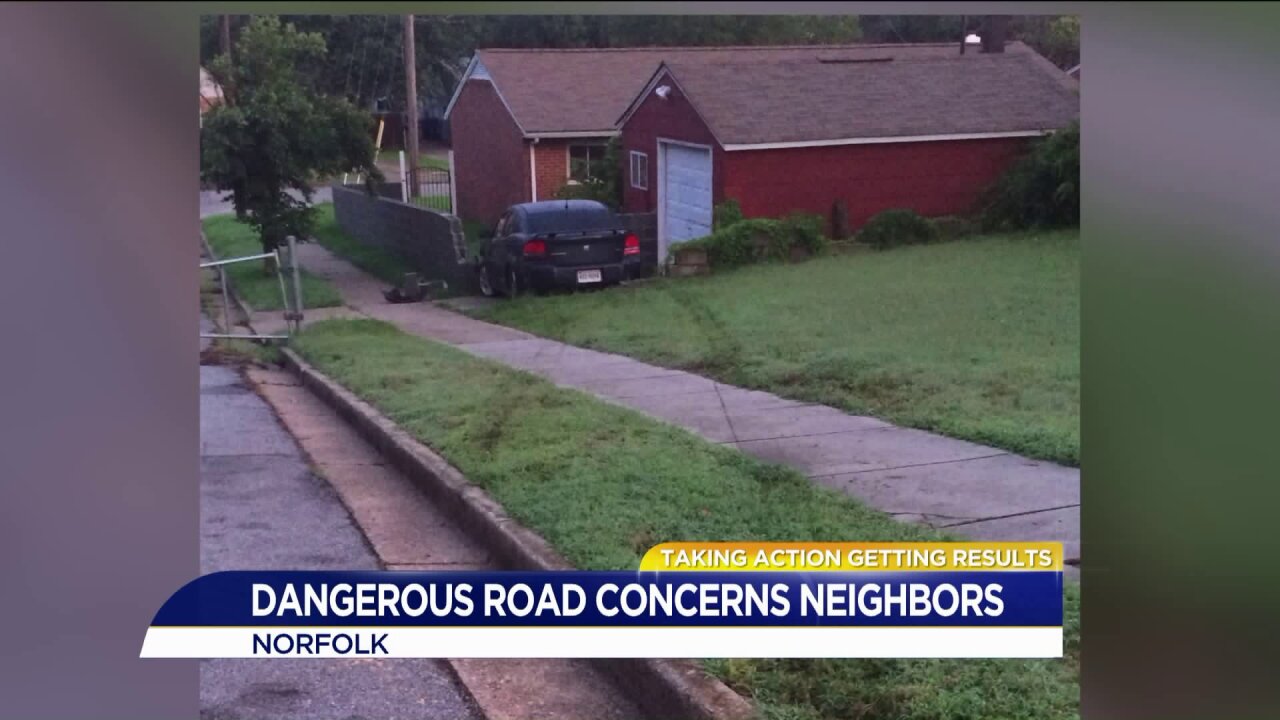 NORFOLK, Va. - Folks living in the Bayview neighborhood have had enough with careless drivers. It's all because of a number of crashes, with drivers illegally using a road. Neighbors said they feel someday soon, someone will get seriously hurt.

Off Parkview and Whit Avenues there are signs saying thru traffic go left. On the other side of the street off 1st Bay Street and Pretty Lake Avenue, signs say do not enter. Despite multiple signs, vehicles still illegally use the road.

"This is a 25-mph neighborhood. People go 40 and 50 mph up and down his road and it's not even supposed to be a road," said Holly Marie Mullins, who lives in her dream home on the corner of Parkview and Whit Avenues.

Mullins moved in more than three years ago, but shortly after, her worst fear came true. A car coming down down the road launched through her retaining wall.

"It was really scary. It was two in the morning and because where the wall is next to the wall of the house, when she hit it at 2 a.m. the whole house shook," said Mullins.

News 3 caught car after car driving on the road. News 3 reached out to the City of Norfolk and they sent us this statement:

The barriers on Parkview Avenue have an extensive history that dates back to the early 1990s when an initial speed study was conducted. Since the mid-90s several methods, such as installing guardrails, gates and flex posts have been implemented in an effort to reduce the speeding and improve the safety in this neighborhood. Within the last two years (2015) flex posts with new edge lines and new signage were installed; however, both were destroyed.  Recently, the barriers were removed to allow the trucks hauling dredge material from Pretty Lake to use Parkview instead of East Ocean View Avenue.

The City is aware that Parkview Avenue is a major concern for the community; therefore, is proposing to conduct public outreach to collectively determine the best approach to address the concerns related to Parkview Avenue.  We will notify the community as we confirm the details.

Mullins said she cannot wait for the meetings. Until then, she and other neighbors continue to live in fear.

"Every time when I walk my dog, I see at least one car. This one probably would have done it...but they see you over here with the camera," said Deloris Brown, who lives off 1st Bay Street.

Cyclists are allowed to use the road, but vehicles are not.