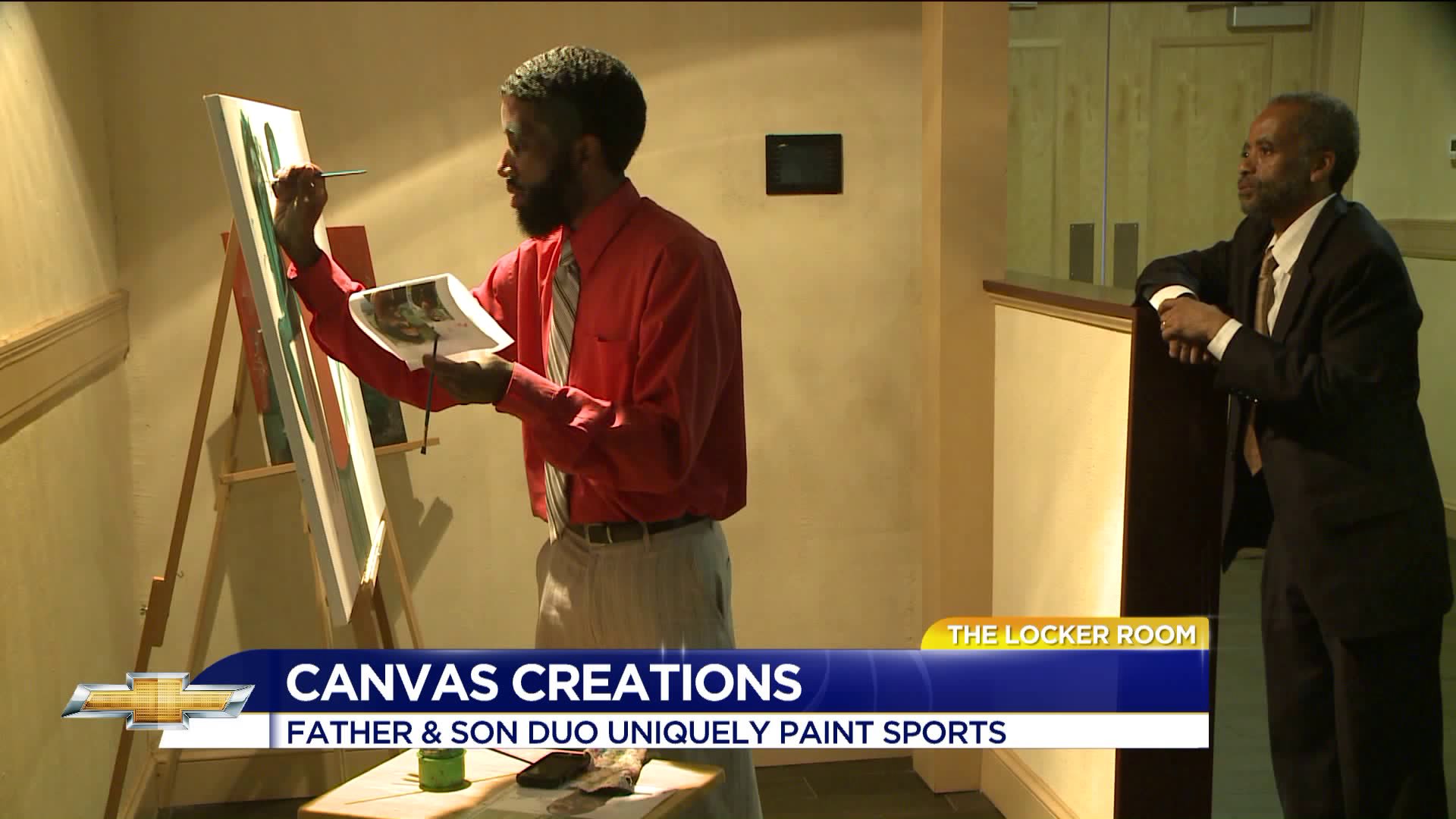 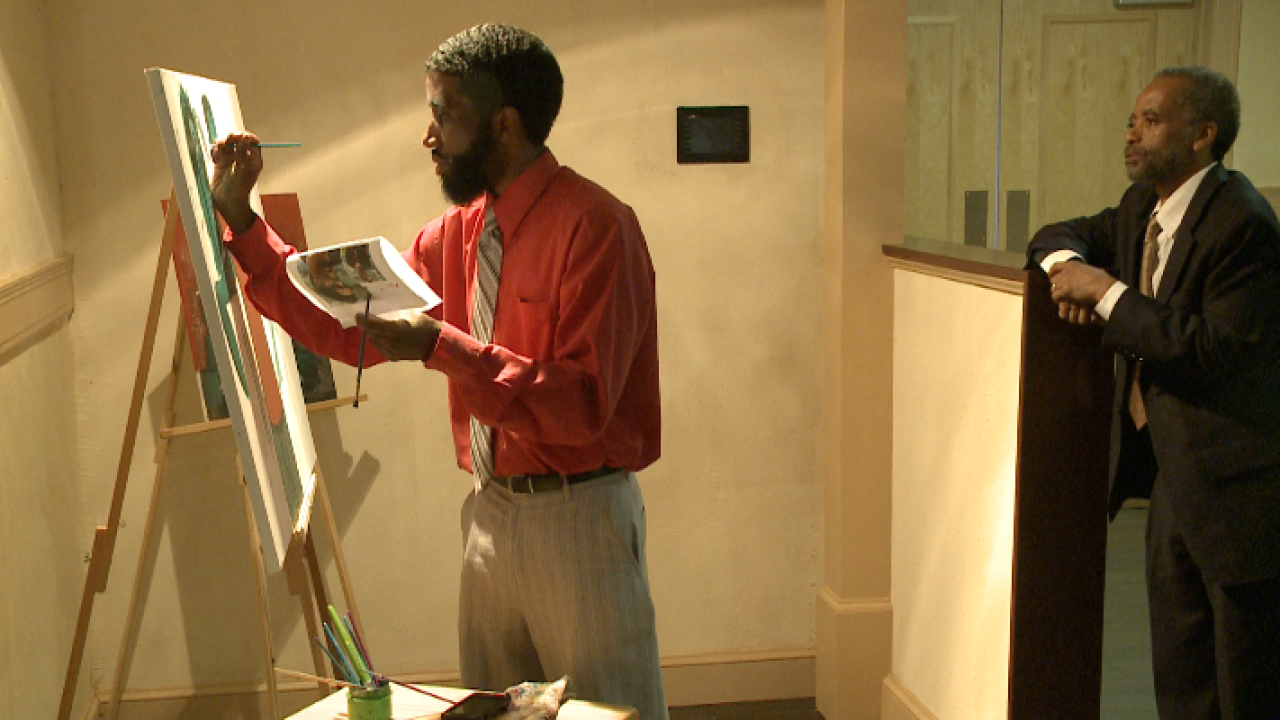 RICHMOND, Va. - With the stroke of a brush, a masterpiece is born. For Hampton University  alumnus Jeromyah Jones, the beauty of art lies within the final destination, not the process.

Jeromyah's interest in painting was piqued at an early age, from being around his father Jerome. Jerome grew up in Norfolk before settling down in Richmond, and has been an artist for 40 years.

"Being able to have a son, and we can talk about ideas and painting in life, that's a blessing. I can't put in to words how much that blows me away."

The dynamic duo has created the "Ingenious Athletic Minds" series, among several others in different genres, gaining national acclaim. In 1996, Jerome presented a piece to Michael Jordan after the passing of Jordan's father.

Jerome Jones and Michael Jordan in 1996

"I was explaining the painting to Michael Jordan, and I said something, because my father was killed when I was like, 14." said the elder Jones. "So I could relate to how much that pain must've been there to lose your father and I know that they were close and I could see his eyes tear up."

Jerome and his son have been a dynamic duo for years. They might paint differently, but their vision is in unison.

More of their art can be seen online on their website.