Adolescents’ e-cigarette use drops for first time in years 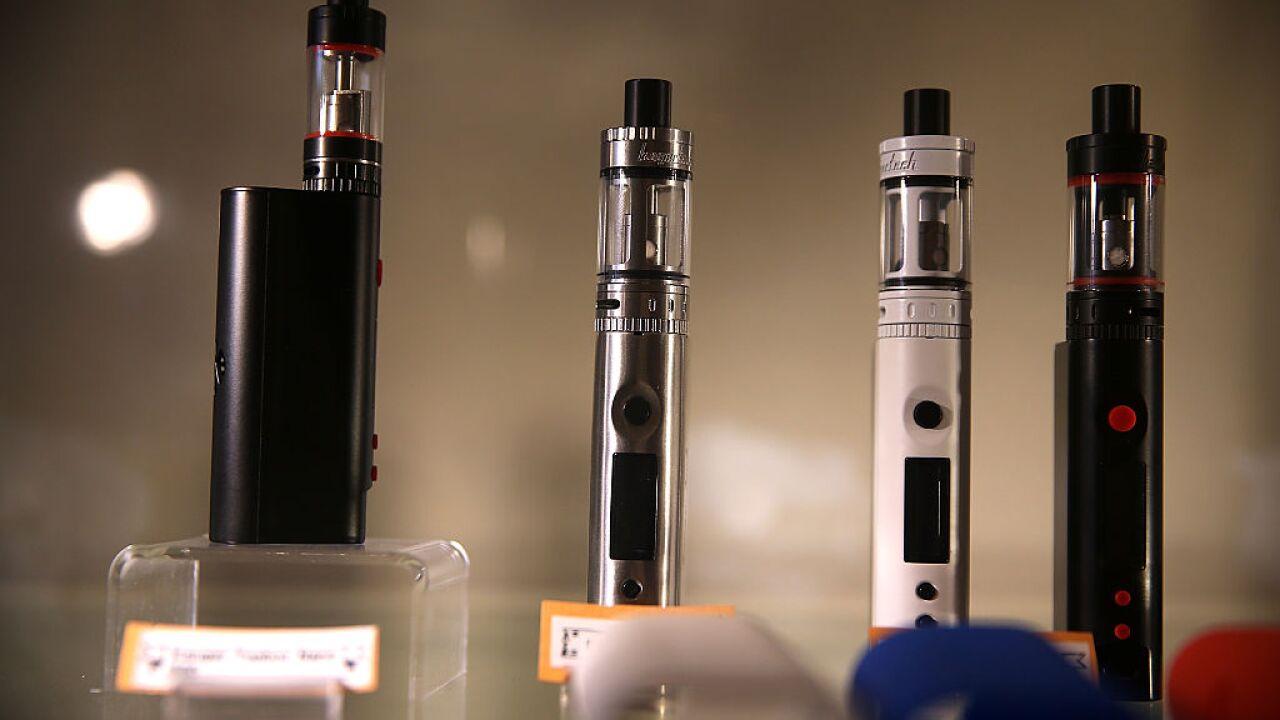 SAN FRANCISCO, CA – MAY 05: E-cigarettes are displayed at Gone With the Smoke Vapor Lounge on May 5, 2016 in San Francisco, California. The U.S. Food and Drug Administration announced new federal regulations on electronic cigarettes that will be the same as traditional tobacco cigarettes and chewing tobacco. (Photo by Justin Sullivan/Getty Images)

The number of high school and middle school students who use e-cigarettes, as well as other tobacco products, has decreased for the first time in years, according to a report released Thursday by the US Centers for Disease Control and Prevention.

The report analyzes the results of National Youth Tobacco Surveys from 2011 to 2016. These annual surveys were given to American middle and high school students who voluntarily filled out the pencil and paper questionnaire.

And the results show that from 2015 to 2016, the rate of high-schoolers using e-cigarettes, along with hookahs and combustible tobacco products, dropped.

For middle-schoolers, rates of e-cigarette use dropped as well.

Although the results show a downward trend from 2015 to 2016, there wasn’t an overall decrease in tobacco product use from 2011 to 2016. That’s because more kids and teens started to use e-cigarettes and hookah over the past five years, the report said. And that still leaves 20% of surveyed high school students and 7% of surveyed middle school students using tobacco in 2016.

Gary Giovino, an expert in the epidemiology of tobacco use and dependence, and a professor of community health and health behavior at the University of Buffalo, said the findings made him cautiously optimistic.

“This is a big deal. It’s important news,” said Giovino, who helped develop and administer a similar survey that looked at tobacco use among adults and youth around the world. He was not involved in the new report. “Now, the big question is, will it persist over time? But, at least for now, it’s going in the right direction.”

The CDC is attributing the decreased numbers in the new report in part to strategies that aim to prevent and control tobacco use. These include the Food and Drug Administration’s well-known education campaign The Real Cost, which includes television commercials showing the toll that smoking can take on people. Other policies have included restricting youth access to tobacco in stores and implementing smoke-free policies.

“Compared with older adults, the brain of youth and young adults is more vulnerable to the negative consequences of nicotine exposure,” he said.

Because the adolescent brain is still developing, young adults can be especially at risk of long-term effects to the brain. Nicotine addiction, mood disorders and permanent lowering of impulse control are just a few of the risks. Some evidence also shows that e-cigarettes use can also lead young adults to use other forms of tobacco, alcohol or other drugs.

So with a decrease after many years of increased e-cigarette use among young people, public health experts want to make sure the rates keep shrinking.

“While the latest numbers from the 2016 National Youth Tobacco Survey are encouraging, it is critical that we work to ensure this downward trend continues over the long term across all tobacco products,” FDA Commissioner Dr. Scott Gottlieb said in a statement Thursday. “Every day in the U.S., more than 2,500 youth under the age of 18 smoke their first cigarette and more than 400 youth become daily cigarette smokers.”