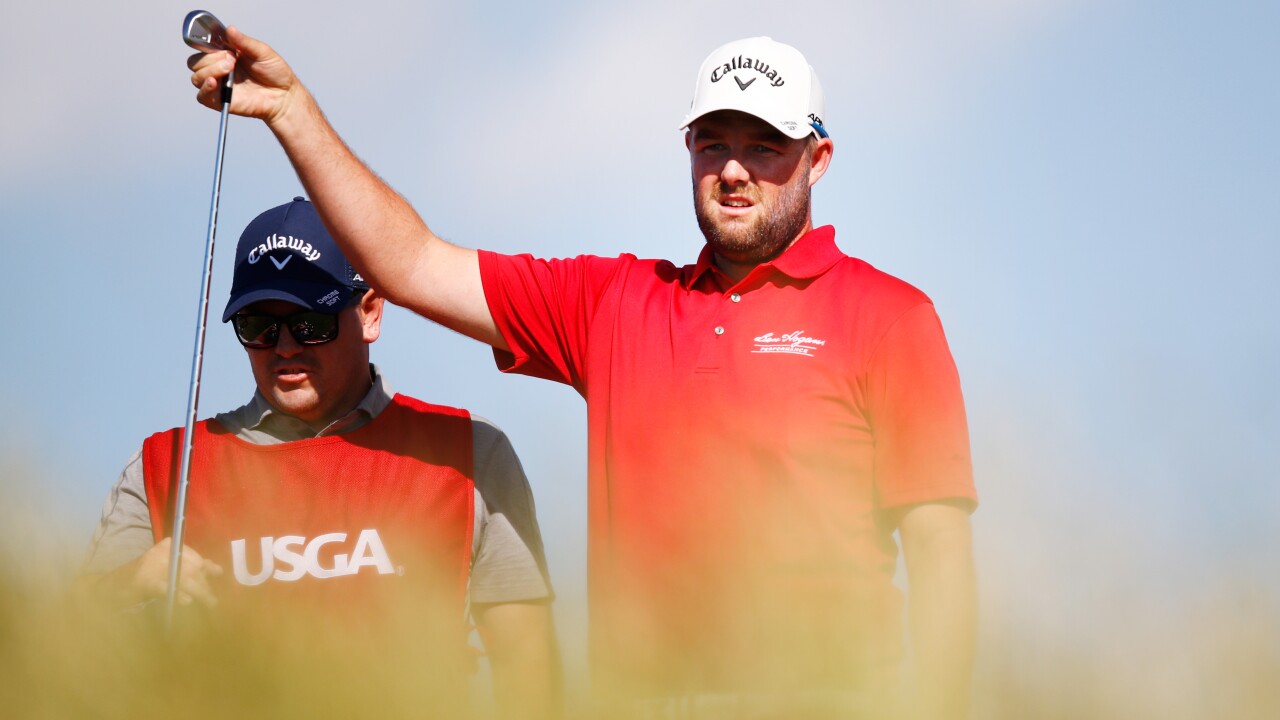 Marc Leishman during the first round of the 2017 U.S. Open. (Photo by Gregory Shamus/Getty Images)

ERIN, Wis. – With the best round of his U.S. Open career, Rickie Fowler raced out to an early lead at the 117th U.S. Open Championship at Erin Hills.

Rickie leads Paul Casey and Xander Schauffele by one stroke.

Marc Leishman during the first round of the 2017 U.S. Open. (Photo by Andrew Redington/Getty Images)

Virginia Beach resident Marc Leishman cards an opening round 4-under 68. He’s missed the cut in three of five previous starts at the U.S. Open. His best result is T18 last year. He was also T51 in 2011.

“The U.S. Open hasn’t always been my best golf tournament,” Leishman admitted after round one. “But as far as U.S. Open golf courses go, this one suits me best. Wider fairways, needing a lot of imagination around the greens. I really enjoy this golf more. It’s more what I grew up on in Australia. I tend to play better on this type of golf course and I suppose you enjoy what you play well on.”