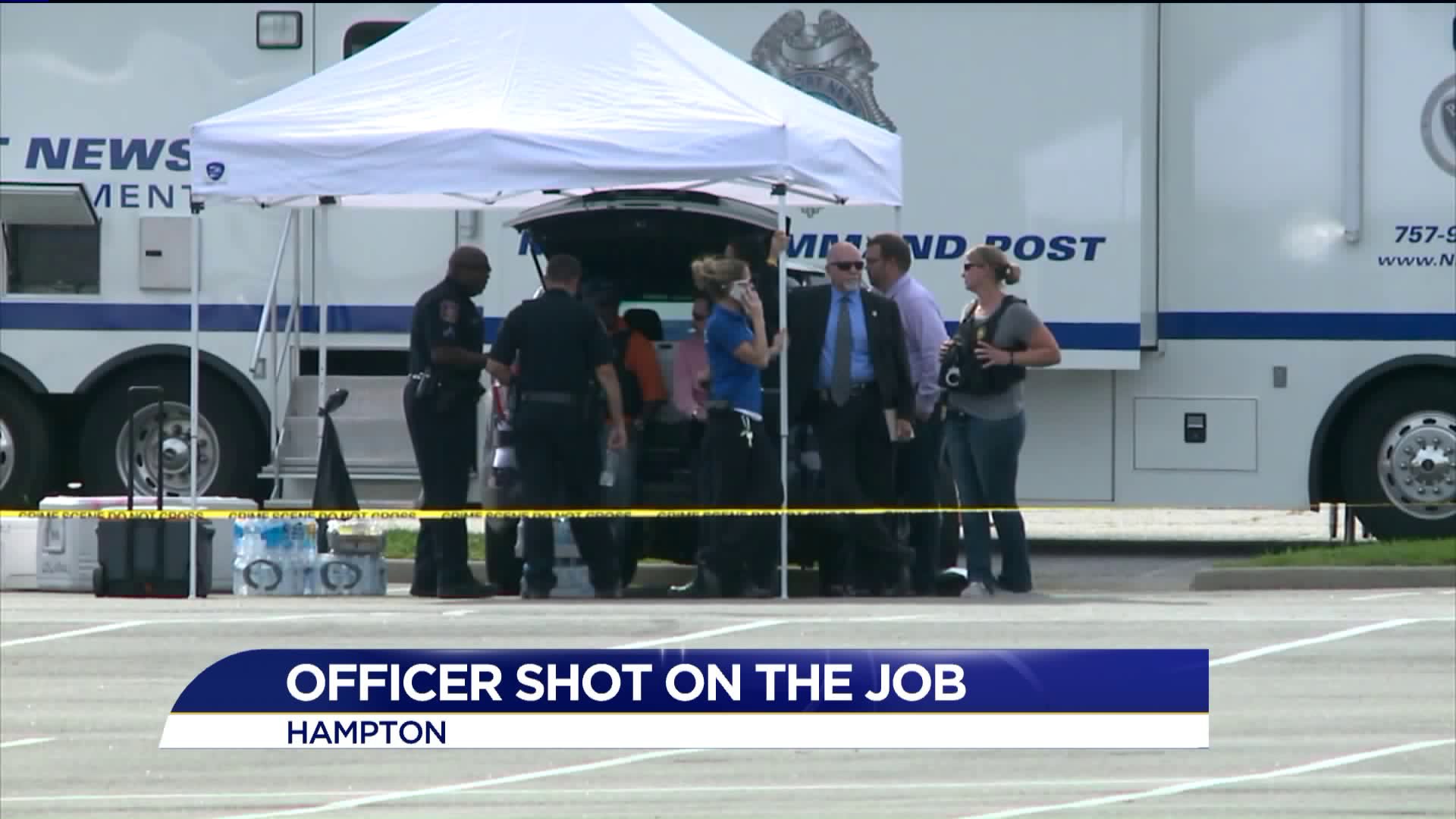 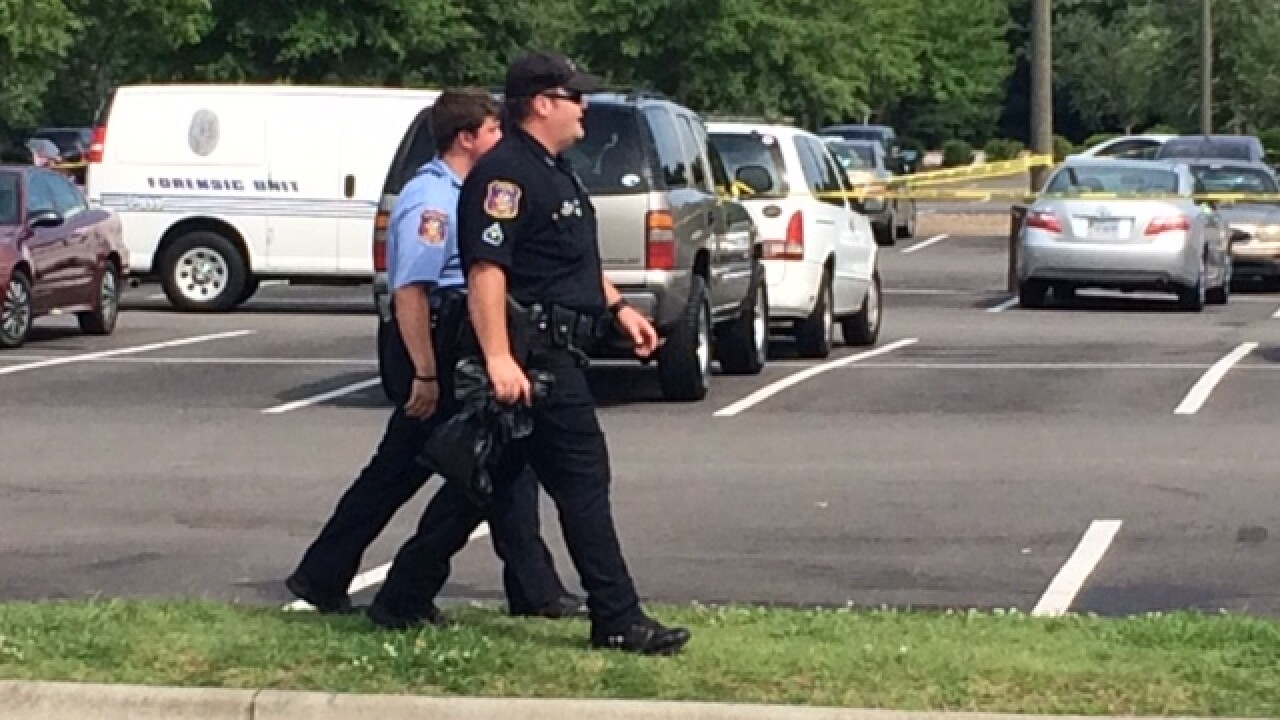 HAMPTON, Va. - Police are investigating an incident at the Hampton Towne Centre AMC.

Hampton Police tweeted that they reported to the scene near the AMC after reports of an attempted robbery at the GameStop.

One woman told News 3 that she was entering the GameStop to purchase a gift for her grandson who is graduating from kindergarten and one of the suspects told her not to come in the store. She said he locked the door and she contacted authorities. She said she knew something didn't seem right.

After a foot pursuit police said officers located three suspects. While they were trying to take them into custody, one of the suspects got into a physical fight with the officer and was able to gain control of the officer's weapon.

Fearing for officers' lives and public safety, another office exchanged gunfire with the suspect. The suspect was shot and the unarmed officer was shot one time by the suspect in his bullet-proof vest.

Both the suspect and the officer were taken to a hospital. The officer was treated and released for his injuries.

The suspect remains hospitalized and is in serious condition.

Allen Jamal Ralph, 27, and James Cole Gregory, 21, have been charged with three counts of robbery, two counts of conspiracy to commit a robbery, seven counts of use of a firearm in commission of a felony and four counts of abduction. Gregory has an additional charge for one count of possession of a firearm by a convicted felon.

Morrison was also wanted out of Anne Arundel County, Maryland for a Failure to Appear charge for the crime of burglary.

"You know you see this on TV on the national news all the time but to hear it actually come over the radio as you're sitting in your office," said Hampton Police Sgt. Matt Bond,"It's very stressful and taxing and really hits home especially when it's in your backyard like this."

All officers involved in the incidents were wearing body cameras that were recording at the time of the incident. Footage from the body cameras have been provided to the Commonwealth Attorney's Office for review.

Both officers that were involved in the incident are assigned to administrative duties pending the investigation. 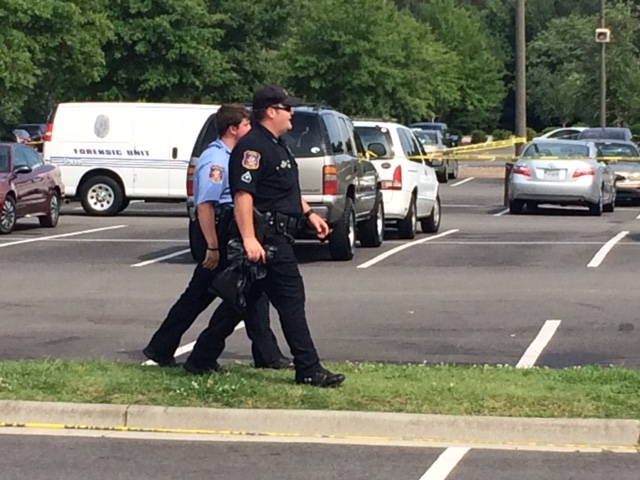