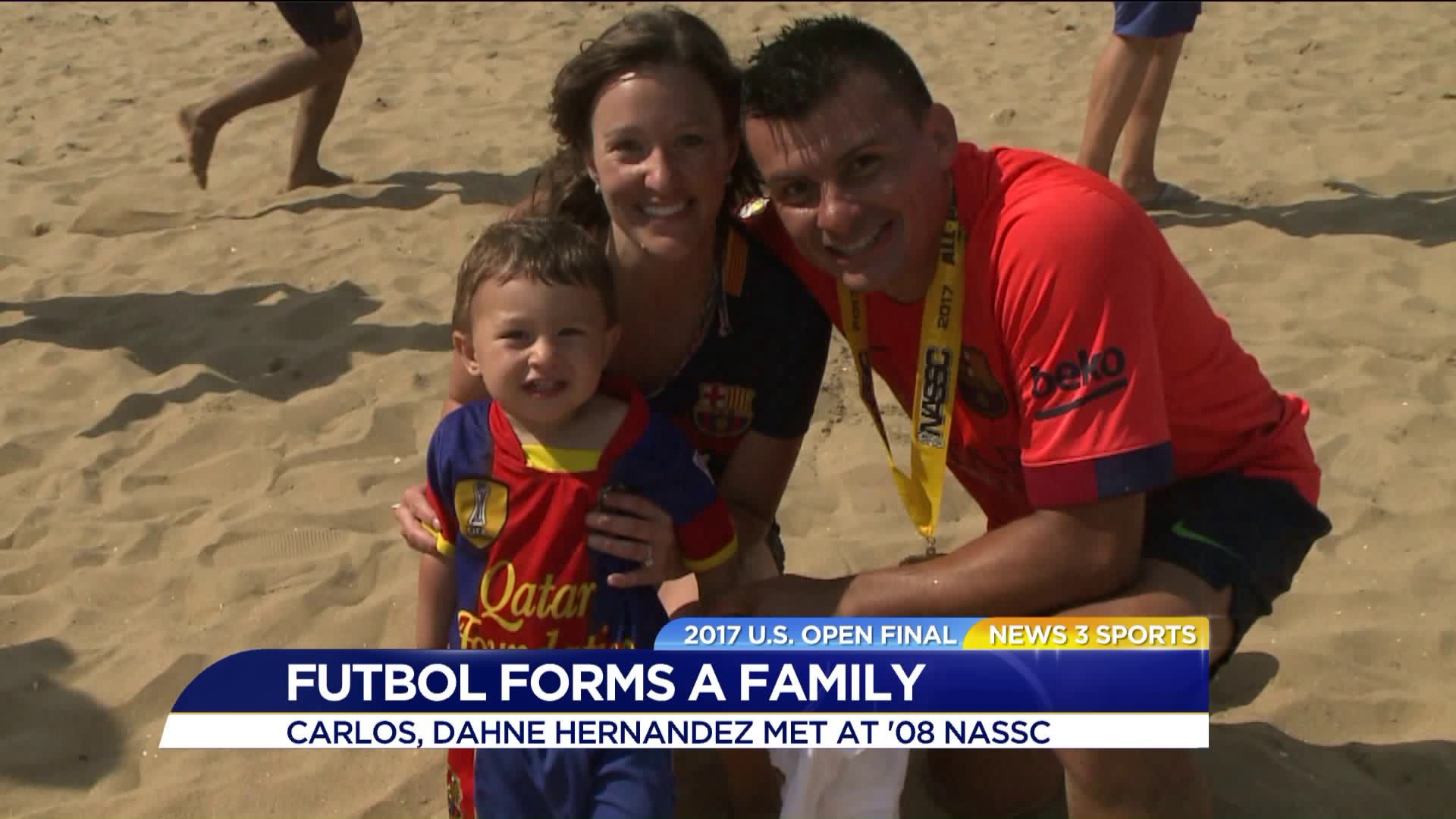 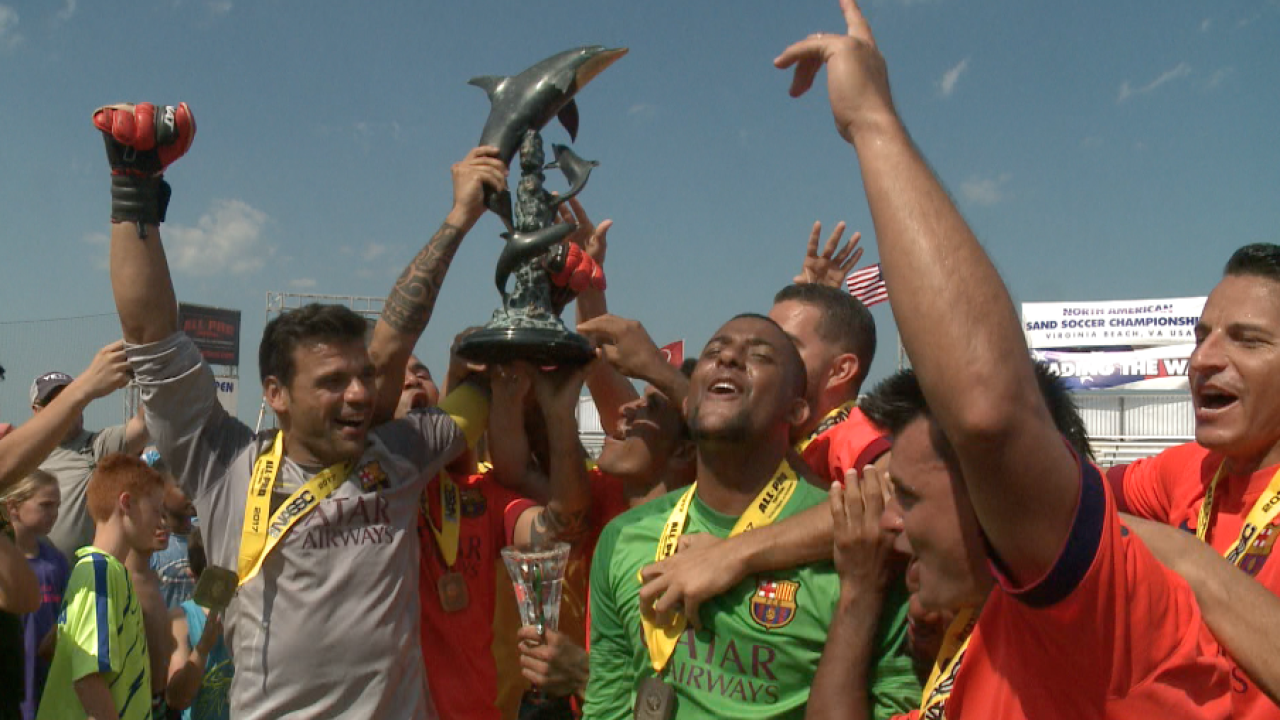 After a scoreless first period, the Spaniards found the back of the net four times in the second period to take a commanding 4-0 lead after 24 minutes. Barcelona was on the verge of a shutout in the U.S. Open final, until GoBeachSoccer scored with 1.8 seconds left in the third period.

"You have to grind it out to the end," explained FC Barcelona's Carlos Hernandez. "That's how it is in these tournaments: It's always very competitive. In my opinion, this is one on the best tournaments when it comes down to crowd and environment and everything."

But it's more than the crowd and environment that makes the North American Sand Soccer Championships special for Hernandez, a native of Colombia.

During this tournament in 2008, he met his wife Dahne - a Virginia Beach native. They married in 2014.

Then, at the NASSC the following year, the couple announced they were pregnant with their first child. So, Sunday was grand on the sand as the whole family was on hand to see Dad's team win the U.S. Open with FC Barcelona.

"This place has a special place in my heart," Hernandez said smiling. "I met my wife here and then we moved to Miami. We love coming here every time. We may be thinking about moving back here."

The Hernandez family currently lives in Louisville, Kentucky, although Dahne's family is still in Hampton Roads.