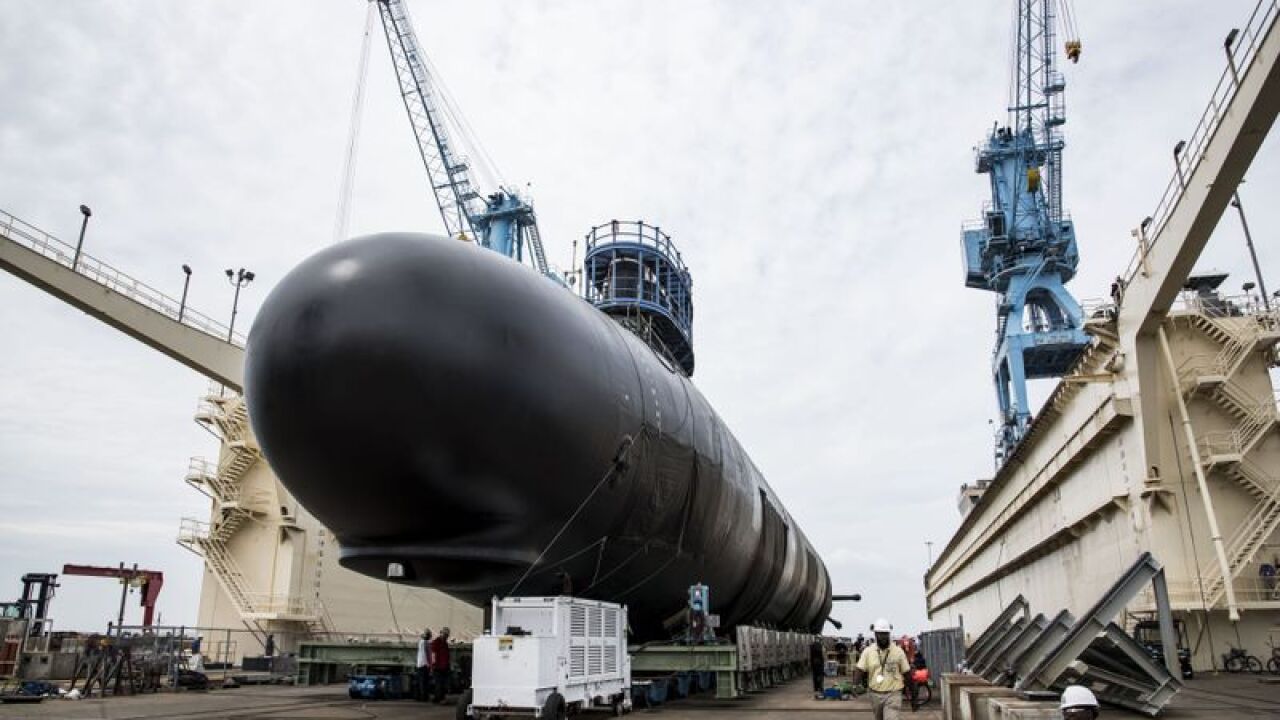 The approximately 7,800-ton submarine was moved to the shipyard’s submarine pier, where final outfitting, testing and crew certification will take place.

Indiana is the 16th Virginia-class submarine and the eighth that will be delivered to the Navy by Newport News Shipbuilding. Construction on the Indiana began in September 2012 and nearly 4,000 shipbuilders have participated in her construction.

“Launch is a true testament to our shipbuilders’ roughly four years of hard work,” said Matt Needy, Newport News’ vice president of submarines and fleet support. “Over the next several months, we will work closely with the Indiana crew to bring this great ship to life. With the Navy’s recent increase in SSN force structure requirements from 48 to 66 submarines, the shipbuilders here at Newport News and at our teaming partner, Electric Boat, understand the importance of getting these highly valued ships delivered and ready for mission-tasking by our Navy leadership.”
RELATED: