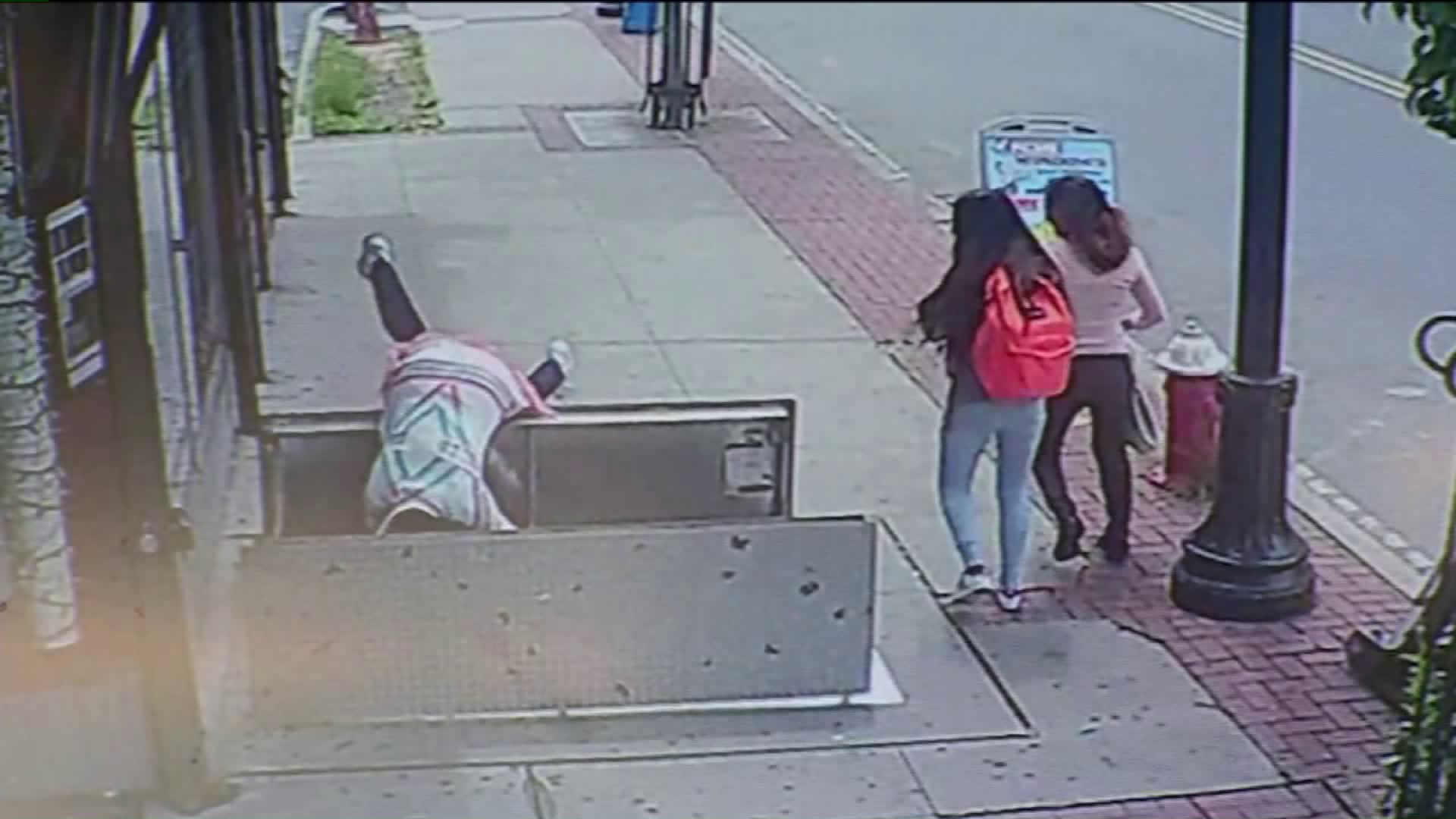 She was extracted and rushed to the hospital. 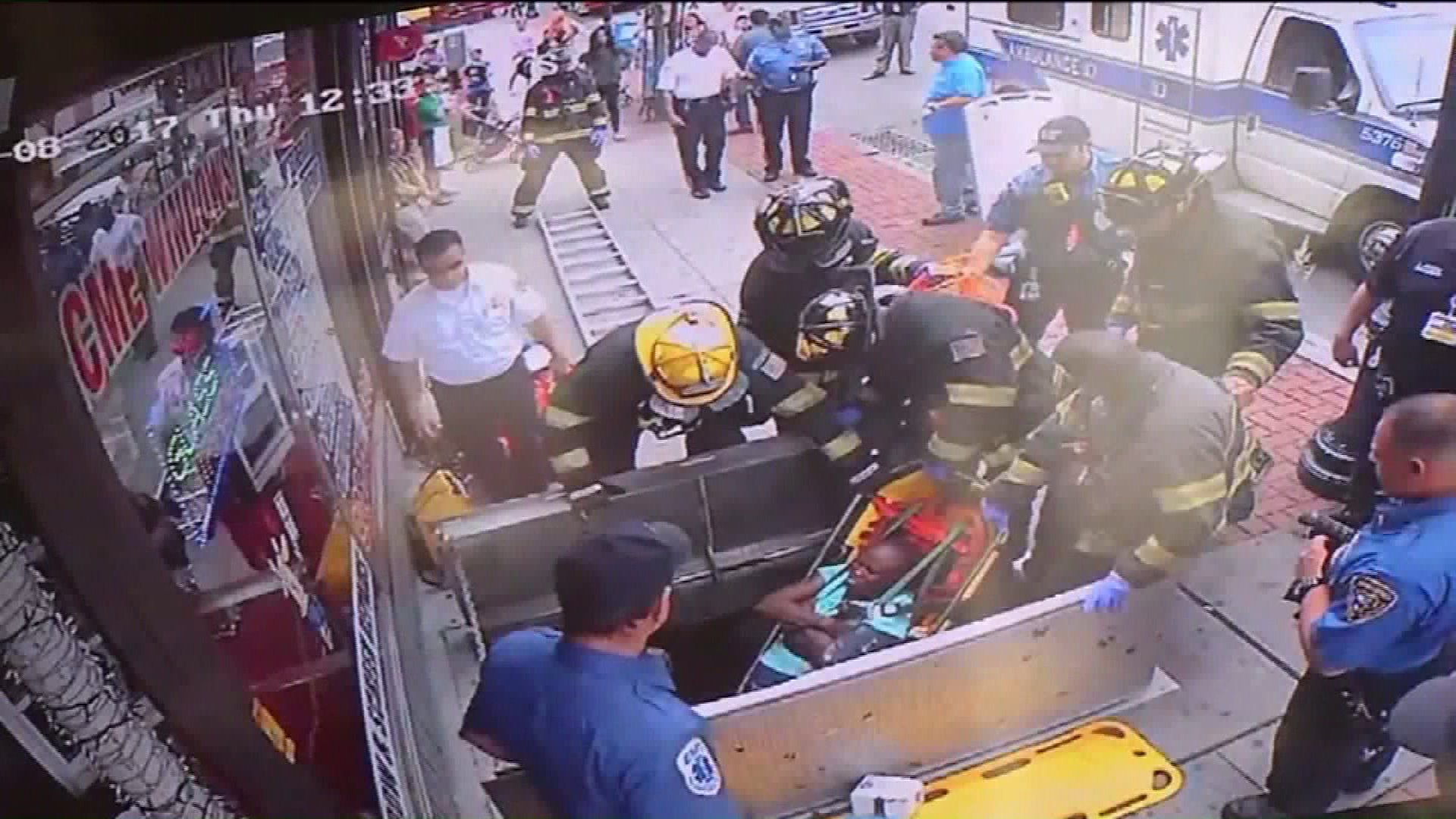 PLAINFIELD, N.J. — A woman was seriously injured when she fell through a New Jersey sidewalk access door while looking at her phone Thursday.

It happened around noon as the 67-year-old woman was walking on Somerset Street in Plainfield, according to WPIX.

In surveillance video, the woman appears to be texting or playing a game when she flips over the access door in front of Acme Windows, falling several feet into a utility room below where several workers were.

She was extracted by emergency crews and rushed to the hospital.

The woman, who has not been identified, is listed in serious condition.

Authorities say the doors were open for the repair of gas lines.