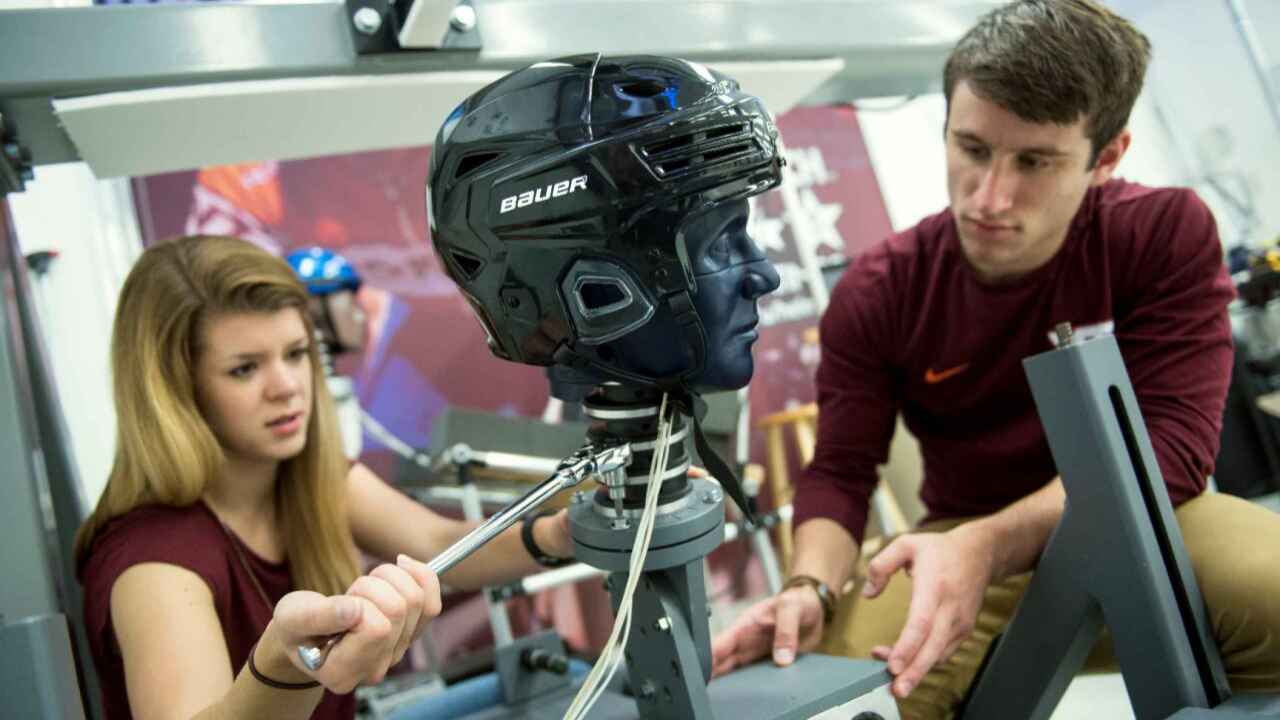 BLACKSBURG, Va. – Virginia Tech has released a hockey helmet that earned four out of five stars, higher than any other helmet since the first hockey ratings were released two years ago.

The university said the helmet is called the Bauer RE-AKT 200.

The rating system was developed by researchers in the Virginia Tech Helmet Lab to asses a helmet’s ability to reduce the risk of concussion upon impact.

Sports helmets must meet an impact-protection standard that evaluated the ability of helmets to minimize head injuries on a pass-fail basis, the university said.

The Helmet Lab team simulates a range of impacts that a player might experience during a game, and measures how much the helmet reduces the head’s linear and rotational acceleration using a headform instrumented with sensors, the university said.

The team is also developing five-star ratings for bicycle and lacrosse helmets and soccer headgear, the university said.

Click here to read the full report from Virginia Tech.