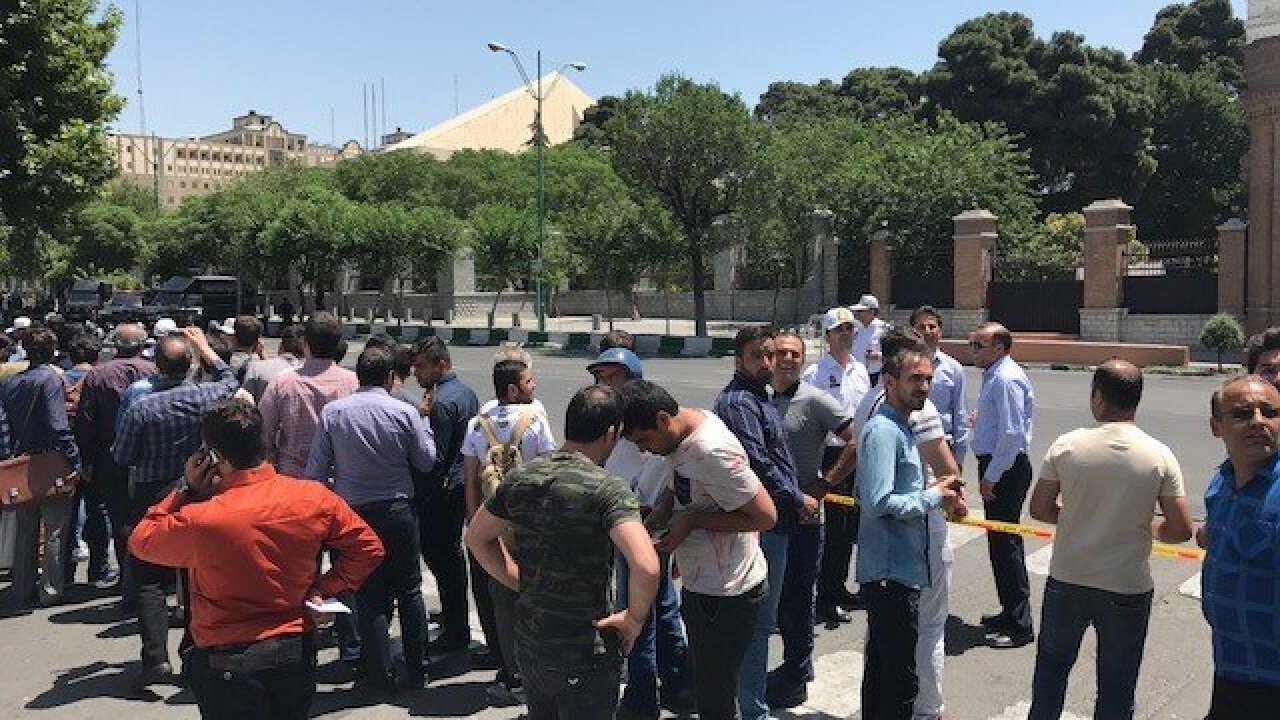 There have been multiple attacks in the Iranian capital of Tehran, according to state media.

A woman was arrested after a bomb attack and shooting spree wounded two people at the Ayatollah Khomeini mausoleum south of the city Wednesday, the semi-official Fars news agency reports.

The news agency reported that a second attacker is currently surrounded by security officers.

That attack occurred at the same time as a shooting in the Iranian parliament, in which at least three people were injured after an attacker stormed the building in central Tehran, according to state-run Press TV.

The broadcaster previously reported that one of the wounded included a security guard.

Iran’s parliament, also called the Islamic Consultative Assembly or Majlis, has 290 members. It has female members and has representatives for religious minorities including Christians, Zoroastrians and Jews.

It is currently unclear how the attacker or attackers entered the parliament building, which is highly fortified, with multiple security checkpoints.

Gun ownership is tightly controlled in Iran, meaning those who carried out the attacks on the parliament and the shrine likely had to smuggle their weapons into the country.

The location of the second attack is extremely symbolic, targeting the mausoleum of the Islamic Republic’s founder and first supreme leader Ayatollah Ruhollah Khomeini. He led the revolution that overthrew the Shah in 1979 and was Iran’s leader for 10 years.

The mausoleum is located around 25 kilometers (15 miles) from the parliament.

Terrorist attacks in Iran are rare, but the country — with its largely Shiite population — has been involved in military actions against Sunni terrorist groups such as ISIS, who regard Shiites as apostates.

Last year, Iran’s government said it thwarted “one of the biggest plots” by terror groups targeting Tehran and other major cities during the month of Ramadan. This year’s holy month started almost two weeks ago on May 26.

The last major attack in Iran was in 2010 when a Sunni extremist group carried out a suicide attack against a mosque in Sistan-Baluchistan killing 39 people. Kurdish groups have carried out small scale attacks against Iranian security forces in the north-west of the country.