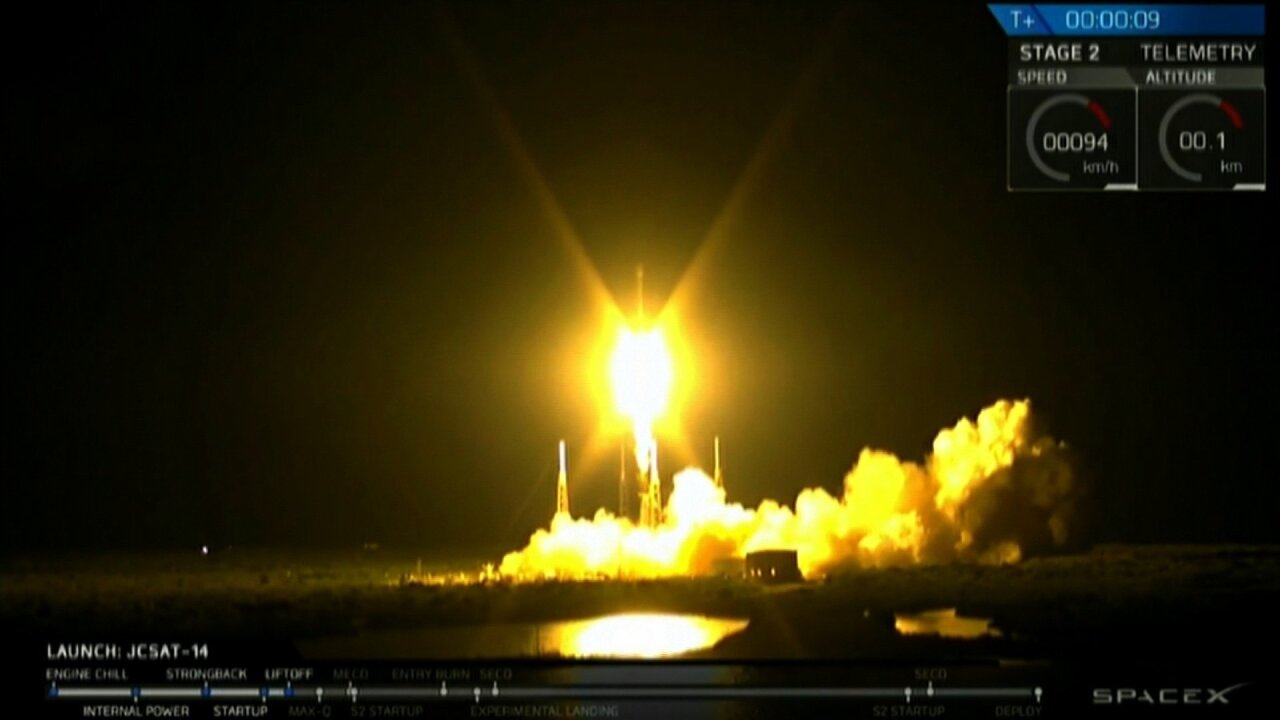 Elon Musk and SpaceX have done it again: The company has successfully landed one of its rockets on a platform in the middle of the ocean. The private space exploration firm launched its latest Falcon 9 rocket from Cape Canaveral in the early hours of Friday morning. The rocket was carrying a communications satellite — called the JCSAT-14 — that will be operated by a Japanese telecoms company.

A major shift in power is underway in the commercial space industry.

SpaceX has won an Air Force contract to launch a secretive, unmanned X-37B space plane later this year. The upstart rocket outfit edged out United Launch Alliance — a joint venture between Boeing and Lockheed Martin — that until recently had a monopoly on United States military launches.

But SpaceX has been on a roll with military contracts. Its latest win is the deal announced Wednesday for SpaceX to handle the launch for the fifth X-37B mission, slated for later this year. The most recent X-37B mission was launched by ULA and ended about a month ago, after it spent nearly two years in space.

Because the X-37B program is largely a confidential military endeavor, the financial terms of the SpaceX deal were not revealed, and the company declined to comment.

SpaceX had to fight for the chance to break up United Launch Alliance’s monopoly and land lucrative military contracts. That started in 2014, when SpaceX sued the government, saying the Air Force wasn’t giving SpaceX fair consideration when it awarded contracts.

The suit was eventually settled, and SpaceX completed its first mission for the Air Force in 2015. The company also signed an $82.7 million military contract last April to send two Air Force GPS satellites into orbit in 2018.

Not much is known about the X-37B plane, which launches vertically on a rocket but lands on a runway much like an airplane.

Specifically, it will carry equipment to test “experimental electronics and oscillating heat pipes” during long trips in space, according to a press release. (Heat pipes can be used on satellites to help regulate their temperature in space.)

The Air Force did not say why it chose SpaceX for this launch, but there are a couple reasons why SpaceX’s Falcon 9 rocket may be more appealing than United Launch Alliance’s Atlas V rocket.

For one, there’s price. SpaceX has been hard at work trying to reuse parts of its rocket in order to bring down the cost of launches. The Falcon 9’s sticker price of $62 million is already much lower than that of the Atlas V, which is estimated to cost over $100 million. The deal also serves to keep Russia out of the equation. United Launch Alliance’s Atlas V rocket uses Russian-made engines, which has long raised concerns among national security experts. SpaceX’s Falcon 9 rocket engines are made entirely in the U.S.