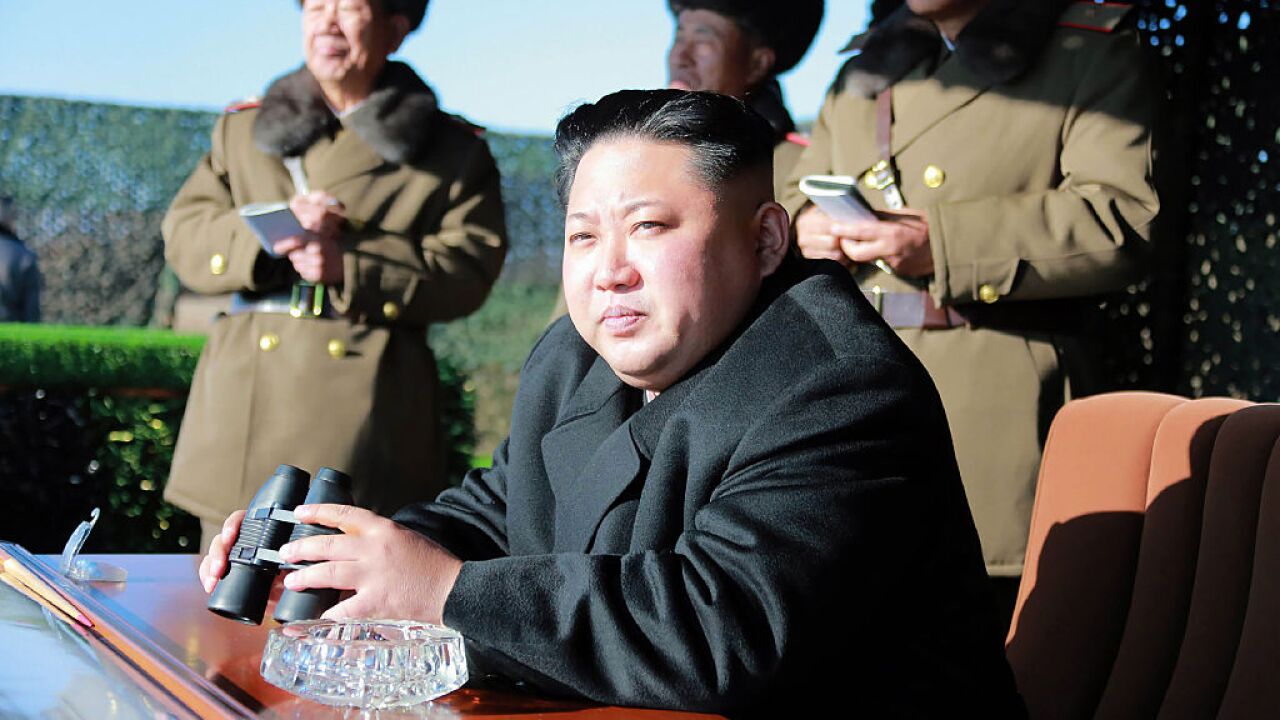 This undated photo released by North Korea’s official Korean Central News Agency (KCNA) on December 11, 2016 shows North Korean leader Kim Jong-Un (C) during a combat drill of the service personnel of the special operation battalion of the Korean People’s Army Unit 525. / AFP / KCNA VIA KNS / KNS / South Korea OUT / REPUBLIC OF KOREA OUT —EDITORS NOTE— RESTRICTED TO EDITORIAL USE – MANDATORY CREDIT “AFP PHOTO/KCNA VIA KNS” – NO MARKETING NO ADVERTISING CAMPAIGNS – DISTRIBUTED AS A SERVICE TO CLIENTS THIS PICTURE WAS MADE AVAILABLE BY A THIRD PARTY. AFP CAN NOT INDEPENDENTLY VERIFY THE AUTHENTICITY, LOCATION, DATE AND CONTENT OF THIS IMAGE. THIS PHOTO IS DISTRIBUTED EXACTLY AS RECEIVED BY AFP. / (Photo credit should read KNS/AFP/Getty Images)

The official tells CNN that the Pentagon is not expected to release the typical statement about tracking the launches because these were not ballistic missile capable of posing a long-range threat.

North Korean state media has made no mention of the reported launches.

The South Korean military said the missiles flew about 124 miles (200 kilometers). The launches occurred near the port city of Wonsan on North Korea’s east coast.

This is the fourth missile test since South Korean President Moon Jae-in took office in May. The preceding test came at the end of May when North Korea fired what it claimed was a new type of ballistic missile. That projectile also was fired from Wosnan. Japanese and South Korean monitors said it flew 248 miles (400 kilometers) over the Sea of Japan, also know as the East Sea.

South Korea’s new government has suspended the deployment of a controversial US missile defense system that strained relations with China and angered North Korea.

The resolution slapped even more sanctions on North Korea and condemned the regime’s continued proliferation of its nuclear and ballistic program.

The sanctions extend a travel ban and asset freeze on high-level North Korean officials and state entities that deal with the program, according to the resolution.

China has called on Pyongyang to suspend its testing while calling on the US to stop military exercises on and near the Korean Peninsula, which North Korea sees as a threat to its sovereignty.