Report: Talks take turn for the better between Cousins, Redskins 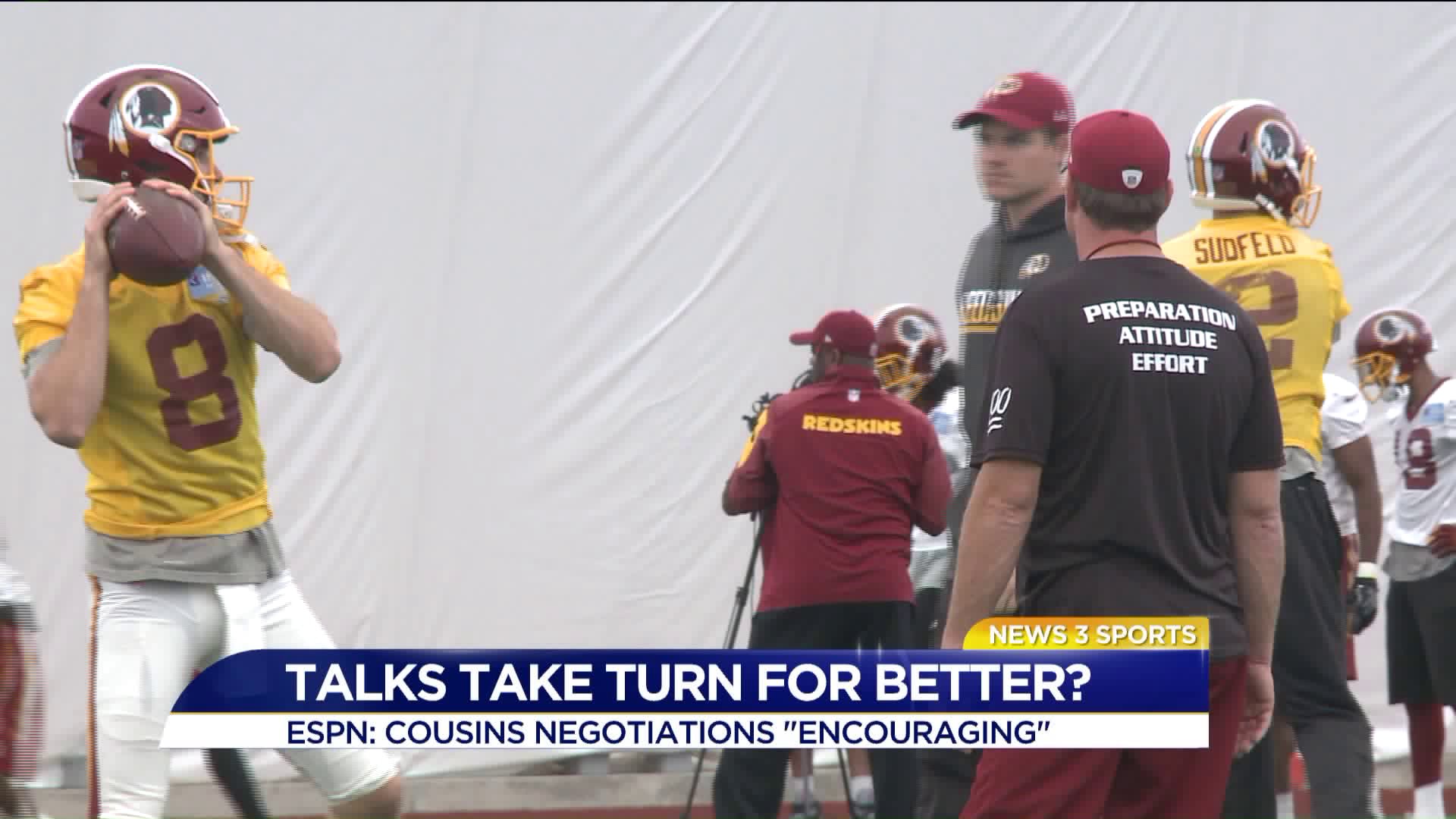 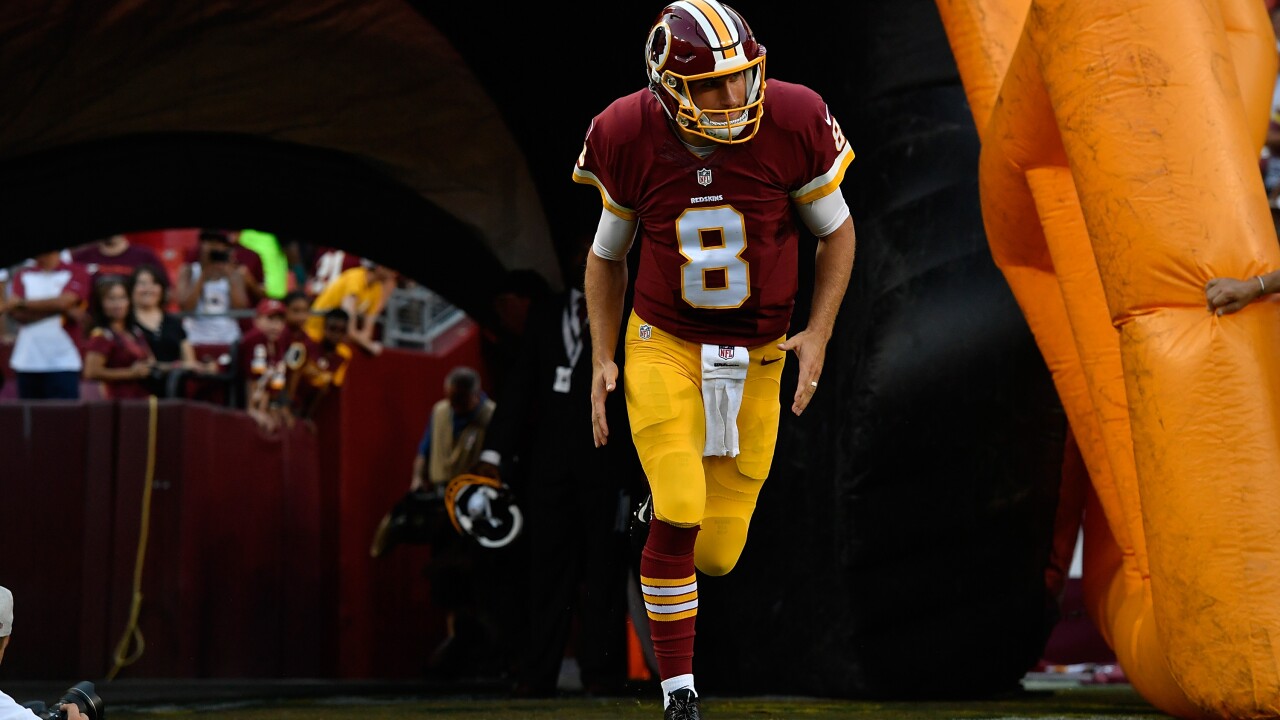 LOUDOUN COUNTY, Va. - Last month, Redskins quarterback Kirk Cousins told reporters "deadlines do deals" when responding to a question about the progress of the long-term contract negotiations between Washington and its QB.

The two sides have until July 15th reach a long-term deal or else Cousins will play under the one-year contract associated with the franchise tag for the second straight season.

“I was just alerted of the report," Washington head coach Jay Gruden told reporters Wednesday. "I don’t have a reaction. I’m not in the negotiations, unfortunately. I’m going to let everybody handle that. I think Bruce [Allen], Eric Schaffer, they’ll do a fine job and obviously Kirk’s agent will do his work and hopefully something gets done.”

"All that stuff is extra noise," explained Redskins center Spencer Long. "We just come out here and focus on our assignments. We have too much to focus on on the field to worry about what the media or the public are saying."