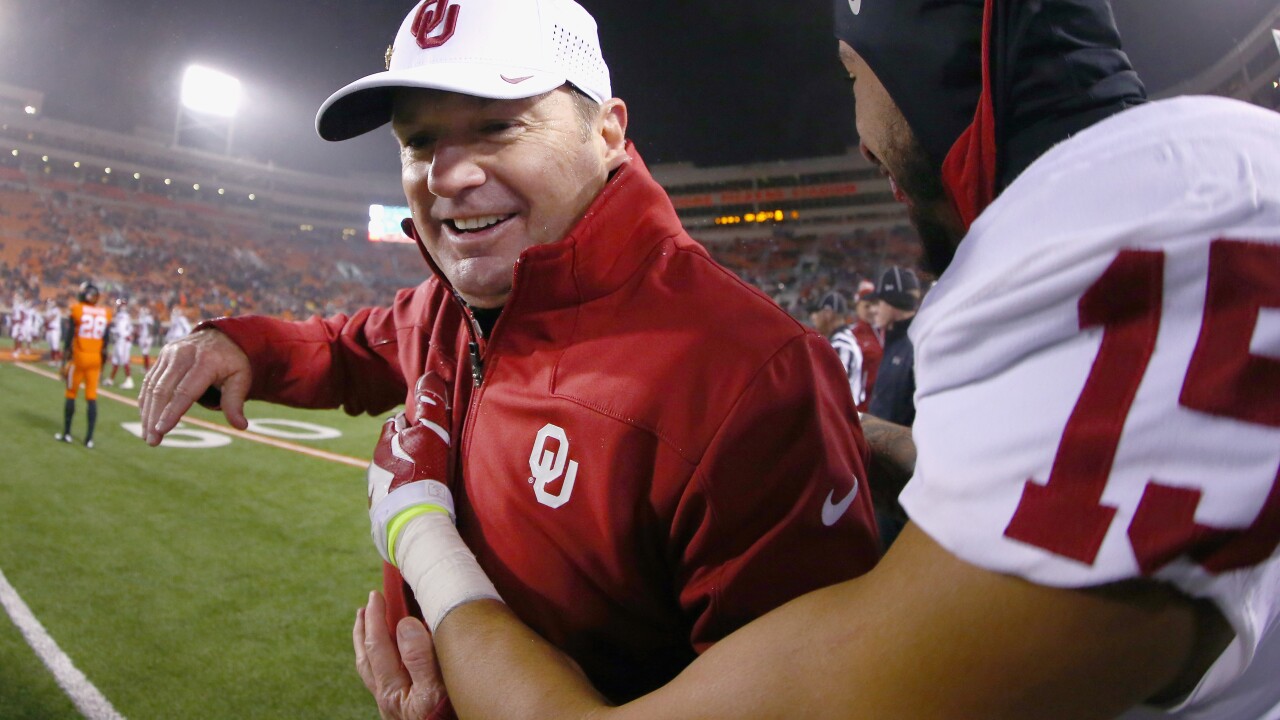 “After 18 years at the University of Oklahoma, I’ve decided to step down as the head football coach,” Stoops said in a statement. “I understand there has been some speculation about my health. My health was not the deciding factor in this decision and I’ve had no incidents that would prevent me from coaching. I feel the timing is perfect to hand over the reins. The program is in tremendous shape. We have outstanding players and coaches and are poised to make another run at a Big 12 and national championship. We have new state-of-the-art facilities and a great start on next year’s recruiting class. The time is now because Lincoln Riley will provide a seamless transition as the new head coach, capitalizing on an excellent staff that is already in place and providing familiarity and confidence for our players. Now is simply the ideal time for me and our program to make this transition.”

Bob Stoops says in statement health was not a factor in his decision to retire. #Sooners @kfor

Bob Stoops is 56 & has won 10 Big12 titles. I'm told his reasoning for stepping down now is because he's ready & he wants to "go live life."

Stoops steps away with a 190-and-48 record, 10 Big 12 conference titles and the 2001 BCS National Championship. He won more games than any other football coach in OU history.

Riley worked at ECU from 2010 to 2014, serving as the Pirates’ offensive coordinator and also as assistant head coach (2014). After being hired by Stoops in 2015 to run Oklahoma’s offense, he won the Broyles Award as the nation’s top assistant coach. During the past two seasons with Riley as offensive coordinator, the Sooners have the highest quarterback rating in the country with a combined mark of 179.8.

It was an honor playing for you @OU_CoachStoops sad to see you go but we know @LincolnRiley will do all he can to continue the tradition!

“I’m sincerely honored to be given this opportunity to be the head football coach at the University of Oklahoma,” Riley said in a statement. “I want to thank Coach Stoops for bringing me here two years ago and making me part of the Sooner family. He is one of the greatest coaches in the history of the game, at any level. I’m absolutely thankful for our friendship and for the mentorship he has provided.”

What a run it was for Bob Stoops and Oklahoma. pic.twitter.com/lWK4jxwcXJ