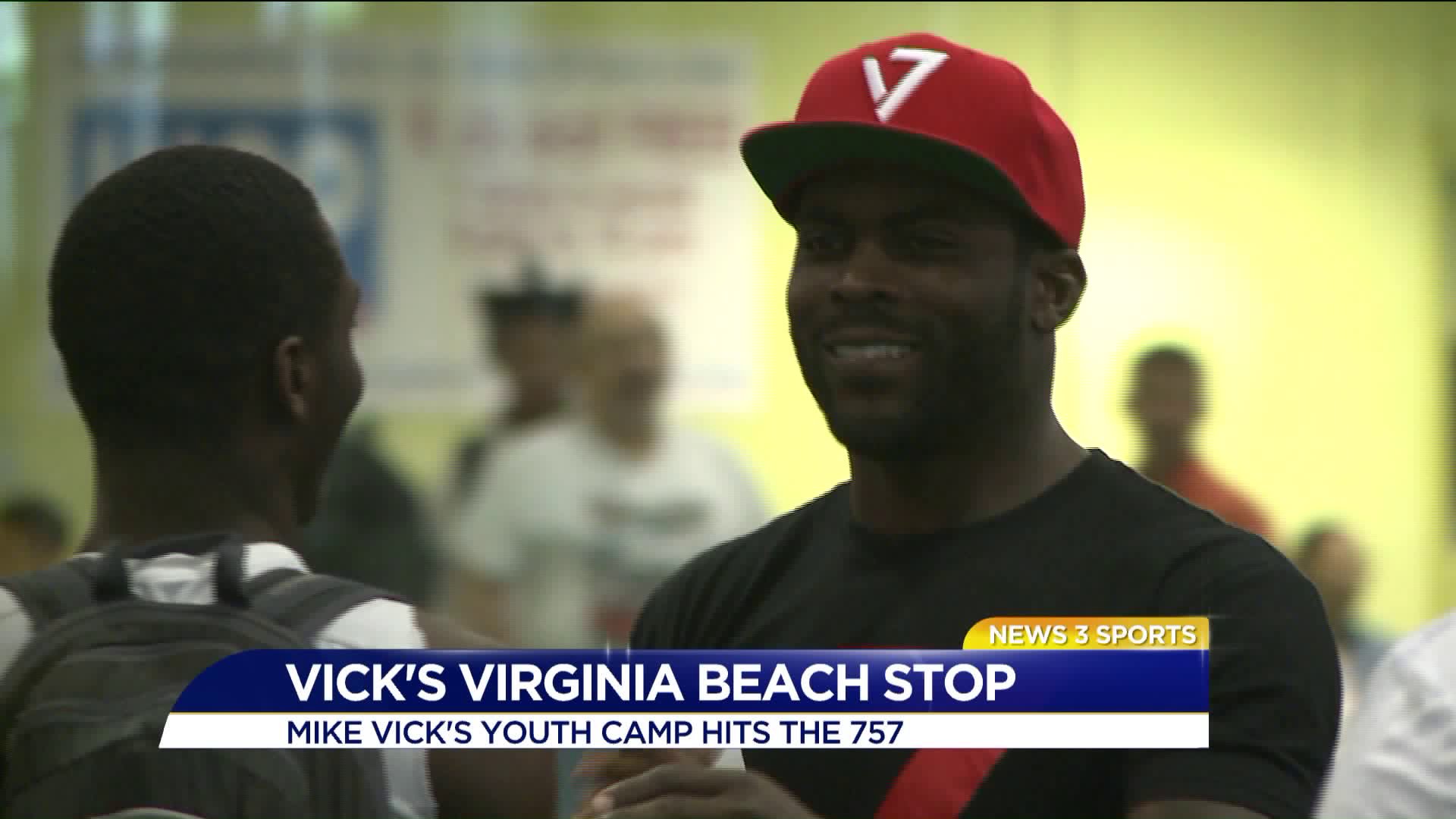 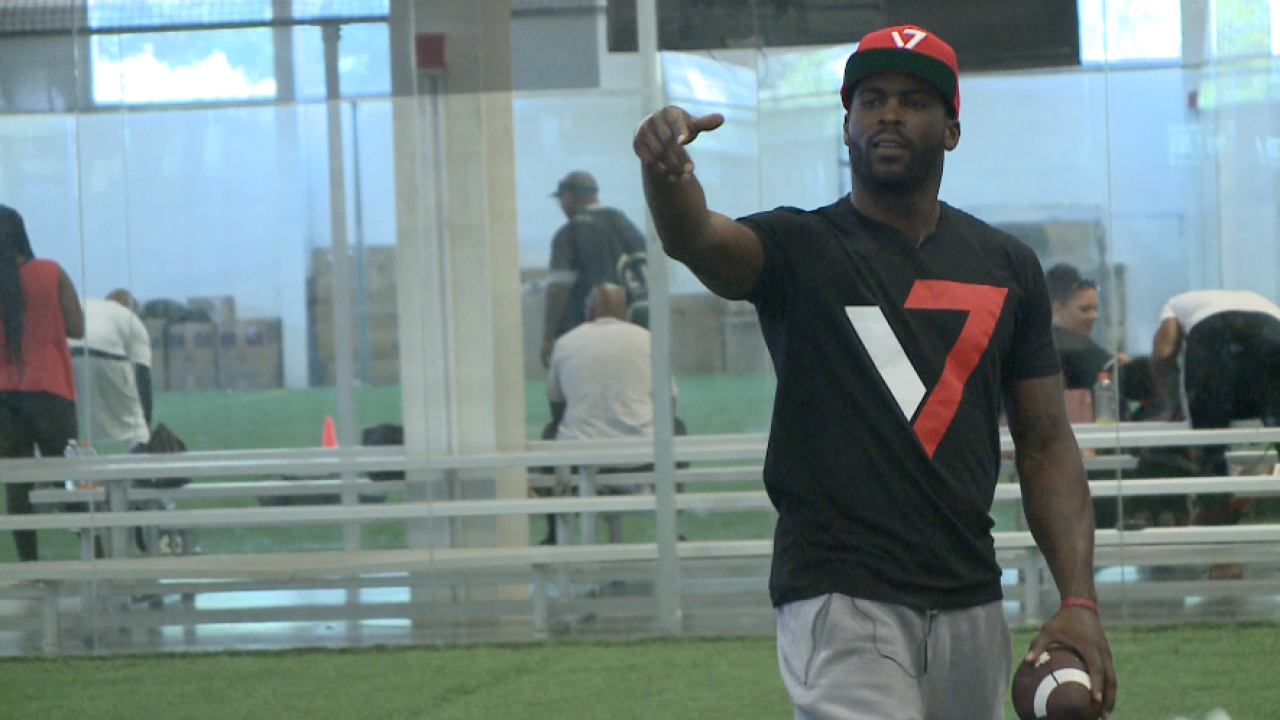 VIRGINIA BEACH, Va. - Mike Vick's always loved his caps. Fitted, snapbacks, all of that. But on Sunday when he returned to Hampton Roads, he had on his teaching hat.

"It's always good to come back home and watch the kids dream in the same areas that you dreamed in," said Vick. "You're putting them in situations where it's intense. You've got to make decisions, got to make the right throws, got to be accurate."

Top performers at each location receive an invite to the V7 Elite Playmakers All-American game in Atlanta, Ga.

Vick and his team have been on the road for the past two months, starting their national showcase tour in Nashville in April. Next on the slate is Miami.