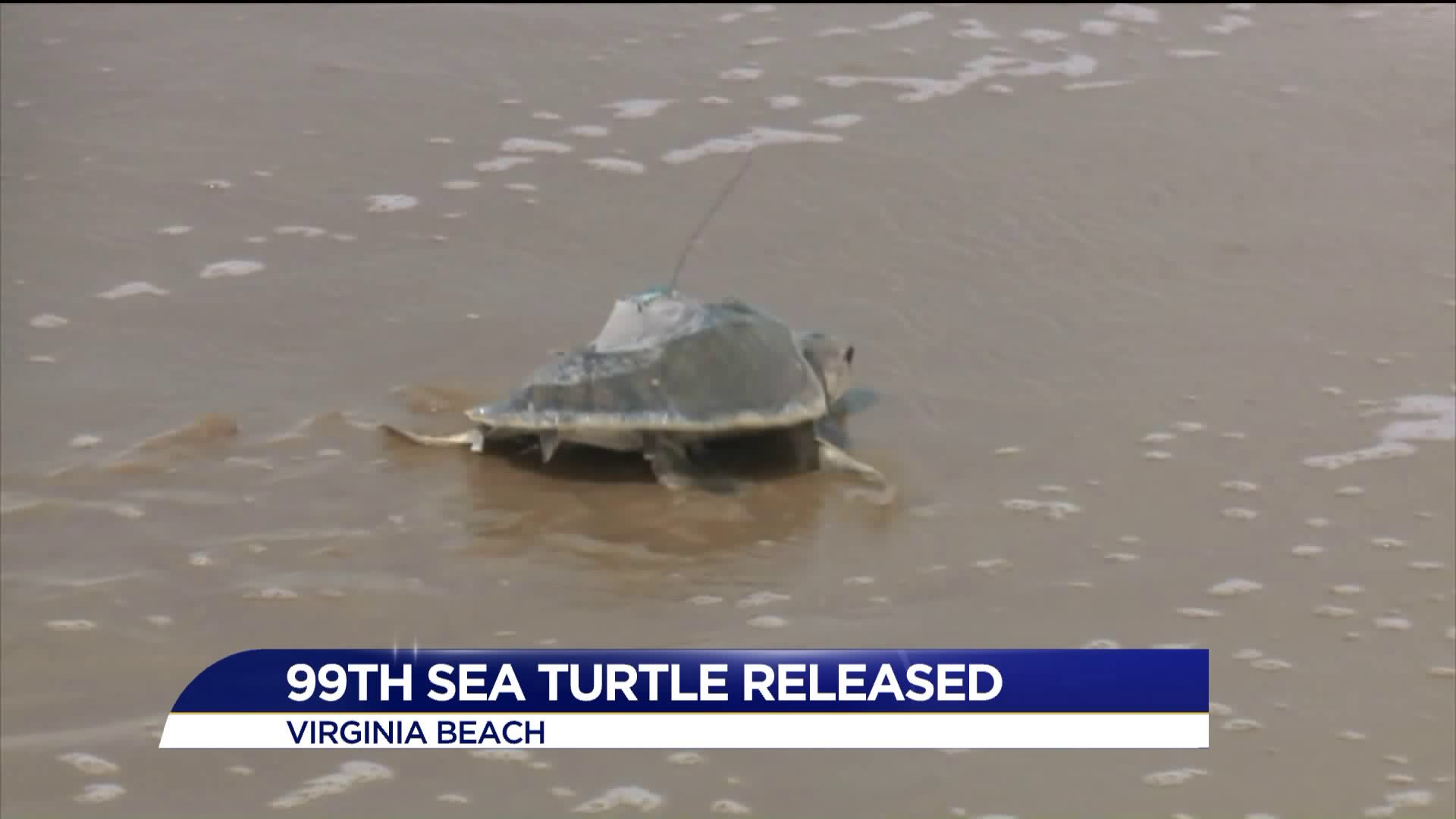 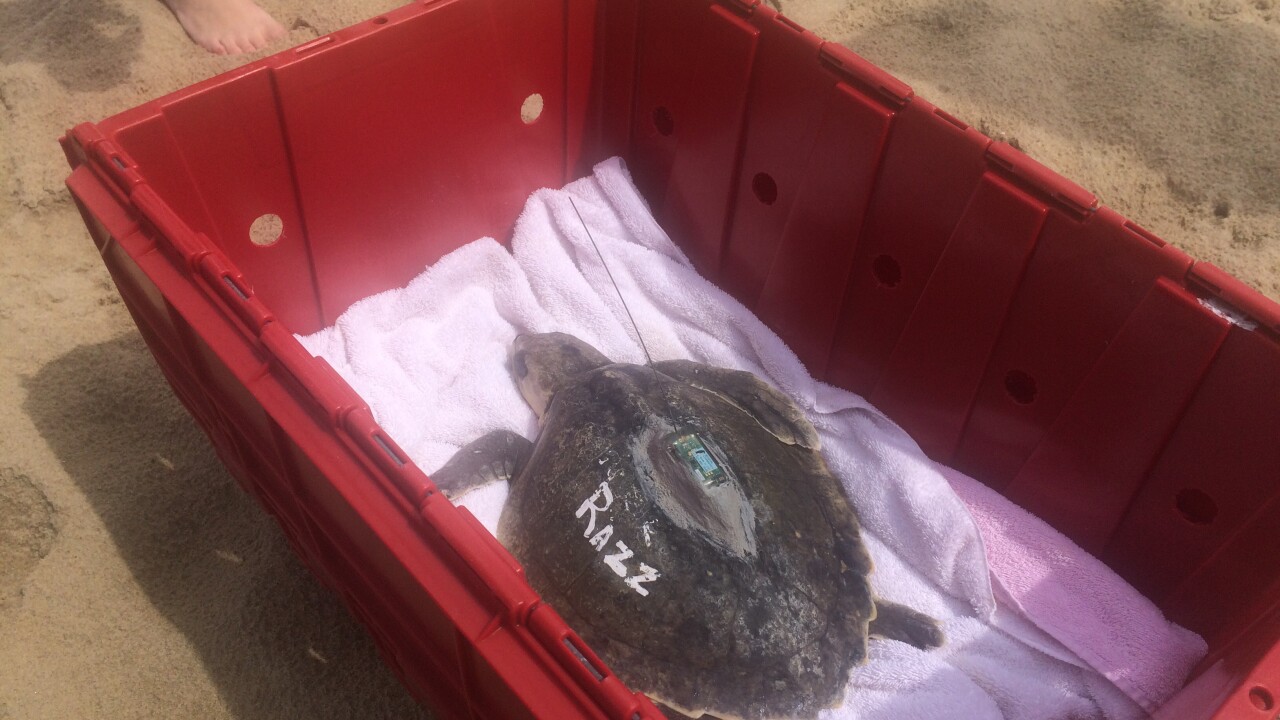 Staff with the Virginia Aquarium released Razzamatazz back into the ocean Tuesday afternoon.

“Sometimes they accidentally get snagged and somethings they actually ingest a hook," said Kathy O'Hara with the Virginia Aquarium. "When they ingest that hook it would be lodged in their throat and if we do not remove it – they’re probably not gonna have a good chance of survival.

They said he is the 100th hooked turtle they have rescued and 99th rehabilitated.

The release is part of the Pier Partner Program.

"Before this, we had no idea how many how many turtles were being hooked and anglers were doing what they though was the best thing by cutting lines and letting them go, so now the anglers now know --- give us a call," O'Hara explained.

Many of the sea turtles brought to them, O'Hara said are at risk pf possibly becoming extinct.

“The sea turtle and most of the ones that we’re catching is critically endangered. This individual animal is so important for the population, in general, and for the survival of the species," O'Hara said.

Once released back into the ocean, a tracking device is added to turtles the aquarium rehabilitates.