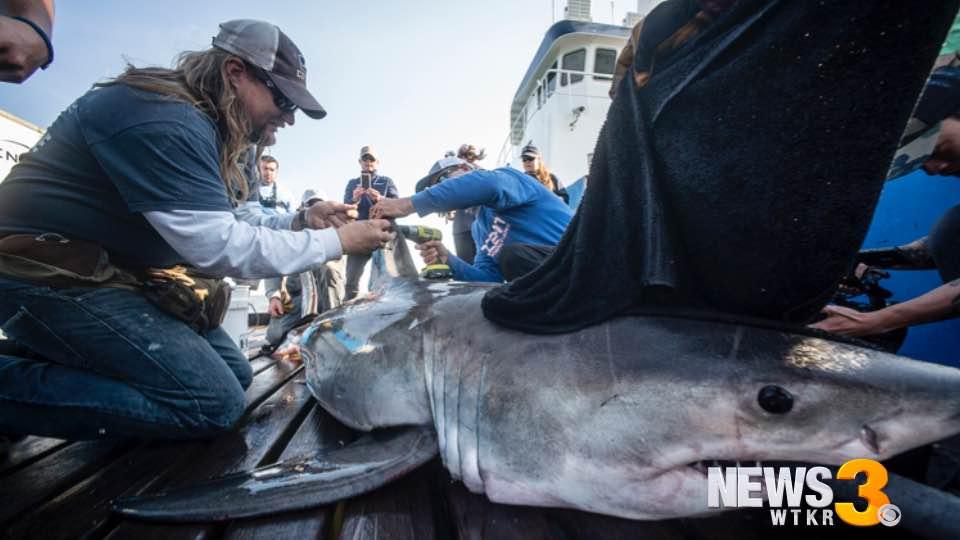 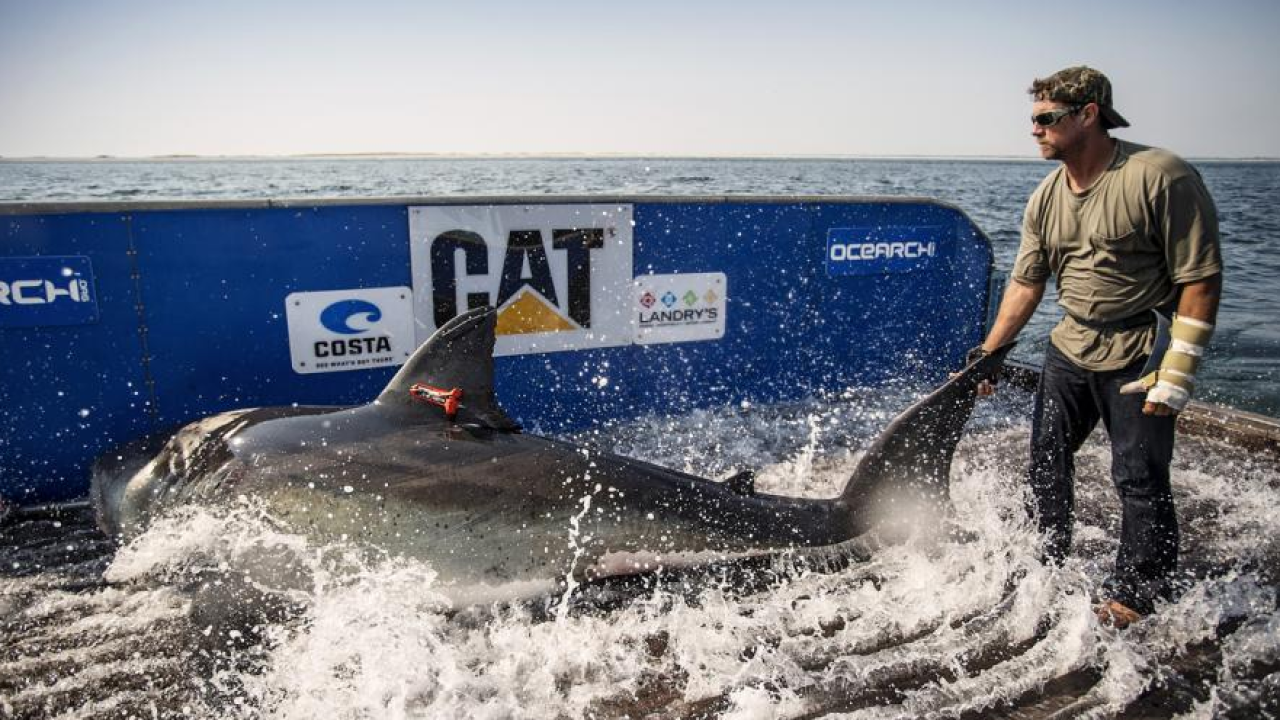 Two more sharks being tracked by the research group Ocearch appear to be passing by the Outer Banks and Virginia Beach on their way north.

For the past few weeks, great white shark Mary Lee has been hanging around off the coast of Virginia Beach and the Eastern Shore.

This time, it's a great white shark named Katharine and a Tiger shark named Weimar who are hanging around.

Katharine, who is no stranger to our Mid-Atlantic waters, pinged about 150 miles off the coast of Corolla around 8:30 a.m. Monday morning. She last spent some time lingering around off the coast in 2015 before heading up to the waters near Nova Scotia. Katharine was 14'2" long and weighed 2,300 pounds when she was tagged back in 2013 off Cape Cod, Massachusetts.

Weimar, who was just tagged by Ocearch researchers in March, pinged near Corolla on Saturday. Weimar was 9'4" long and weighed 204 pounds when he was tagged on March 3 near Hilton Head, SC.

Each shark that is caught by Ocearch researchers is tagged with a GPS tracking device. It will ping every time the sharks fin surfaces for 30 seconds.

The pings show each shark’s location. Many of the sharks even have their own twitter handle to make the shark’s voice come to life.

For you, it means tracking the shark’s location so you can stay away from those beaches, but for scientists the movement of the sharks is fascinating and perplexing.