This man is wiping out school lunch debt, one campaign at a time 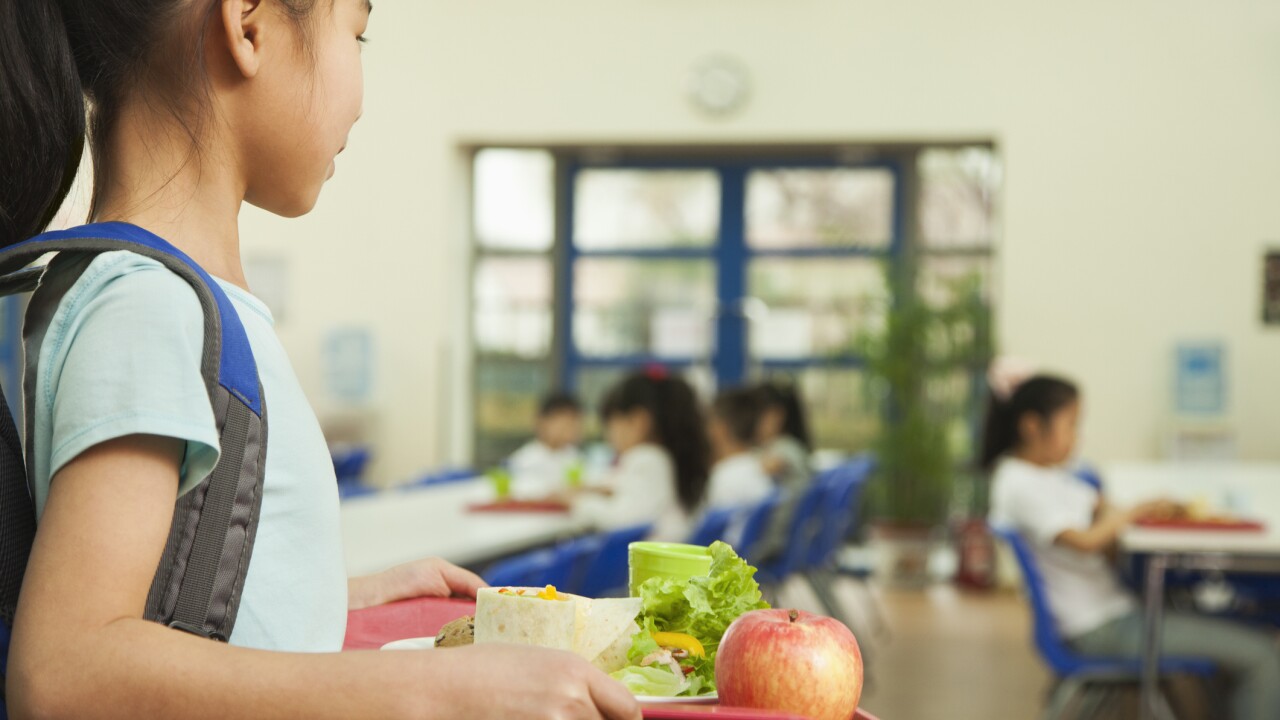 And it all started from a CNNMoney article.

Even with expanded free and reduced lunch programs across the country, some students still either cannot afford their school lunch or are unaware of these programs. Some students fall into lunch debt, and others forced to work off their lunch debt in school, or wear wristbands—what some are calling lunch shaming.

It was a problem Lew hadn’t heard of before. But after reading CNN’s coverage on lunch debt, he jumped into action. In the article, CNN talked with Texan Chris Robinson about his fundraising campaign to help pay off his local school district’s lunch debt.

Why couldn’t Lew do the same in his community?

He started small, calling his son’s elementary school to ask about the size of its lunch debt amount.

“I can set up a GoFundMe for that,” he thought.

And he did. The donations came in and the campaign quickly reached its goal.

But Lew didn’t stop there.

“Why not try and pay off the entire Seattle school district lunch debt,” he said.

He went back to his GoFundMe page, increasing the original amount from paying off the lunch debt at his son’s school to all of Seattle Public Schools.

The next two days were slow. Not many donations and not much buzz.

Until the local media came calling.

“I was on every local news channel,” he said. “It took off…and then within four/five days, the Seattle one hit the goal.”

And then it was featured on “the Good Stuff” on CNN’s New Day on Friday.

One of those people: music and movie maverick John Legend.

On Saturday, Lew’s phone buzzed with an email alert. A John Stephens had made a $5,000 donation to the campaign.

He showed his wife; her eyes got big and she yelled, “I think that’s John Legend!”

Lew explains that his wife is a huge fan of Legend’s wife, Chrissy Teigen and the couple’s daughter Luna. As an avid Teigen Twitter follower, she remembered Luna’s full name, “Luna Simone Stephens.”

Lew decided to thank John Stephens, the biggest individual donor to his campaign.

“I went to send a nice thank you message for the generous donation,” he said. He added a note, ‘Just curious, are you also known as John Legend?’ along with his email in case Stephens wanted to reply.

Lew admits that this whole endeavor seems just plain crazy. But, he’s going to ride this wave as long as he can.

“You won’t know if it’ll work if you don’t try something,” he said.

The Seattle lunch debt fundraiser has met its goal; Lew set up two additional fundraising campaigns to pay off Tacoma and Renton’s lunch debt: $20,841 and $18,000, respectively.

And he’s not done.

“What happens when all this lunch debt is paid off?,” Lew said. “It’s going to start accumulating again. These kids should not be punished. We need to find a permanent solution.”

He’s not quite sure what that solution is. But he hopes his efforts start a conversation to help find that solution.

In April, New Mexico became the first state to ban all lunch shaming.

And the movement is starting to pick a little steam. A bipartisan group of lawmakers in the House and Senate recently introduced the Anti-Lunch Shaming Act of 2017 to curb the worst of these shaming practices.

While many applaud the federal bill as a good “first step,” they worry it doesn’t go far enough. Schools could still refuse to serve kids who can’t pay or offer them a cold cheese sandwich.