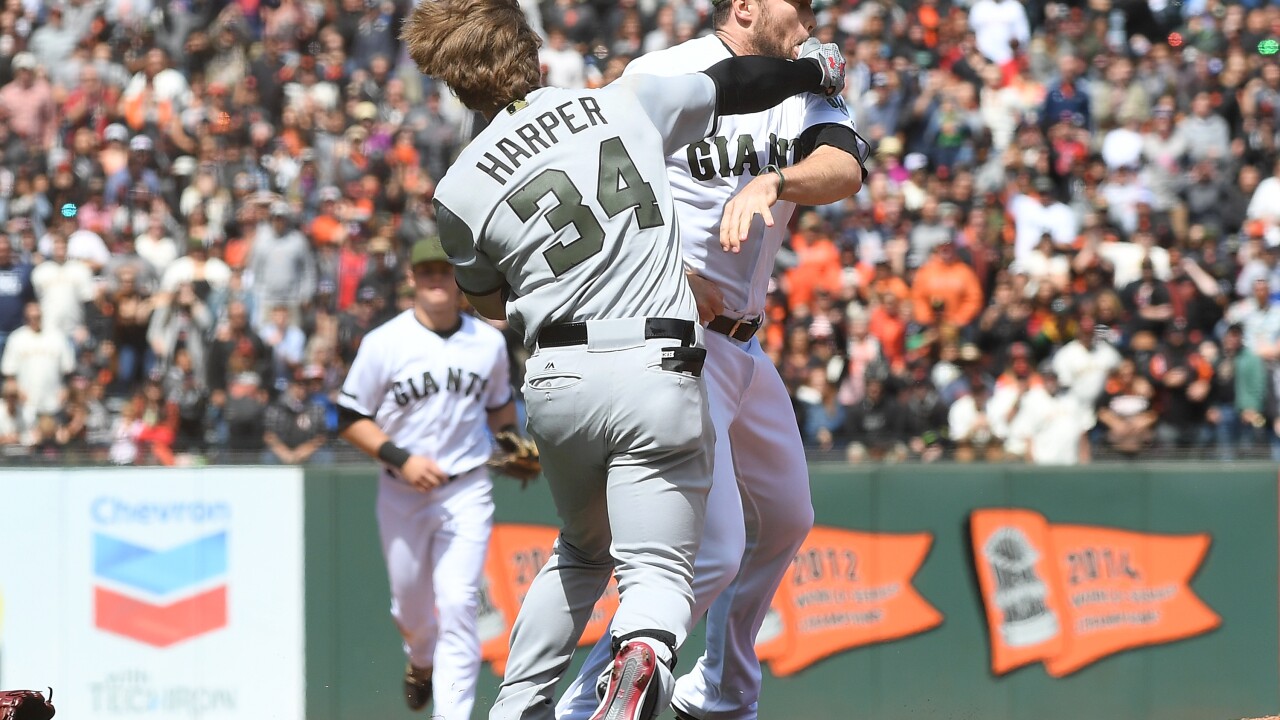 Bryce Harper and Hunter Strickland throw punches at one another. (Photo by Thearon W. Henderson/Getty Images)

UPDATE: After appealing his four-game suspension, reports say Harper’s penalty has been reduced from four games to three and he’ll begin serving the suspension Wednesday night.