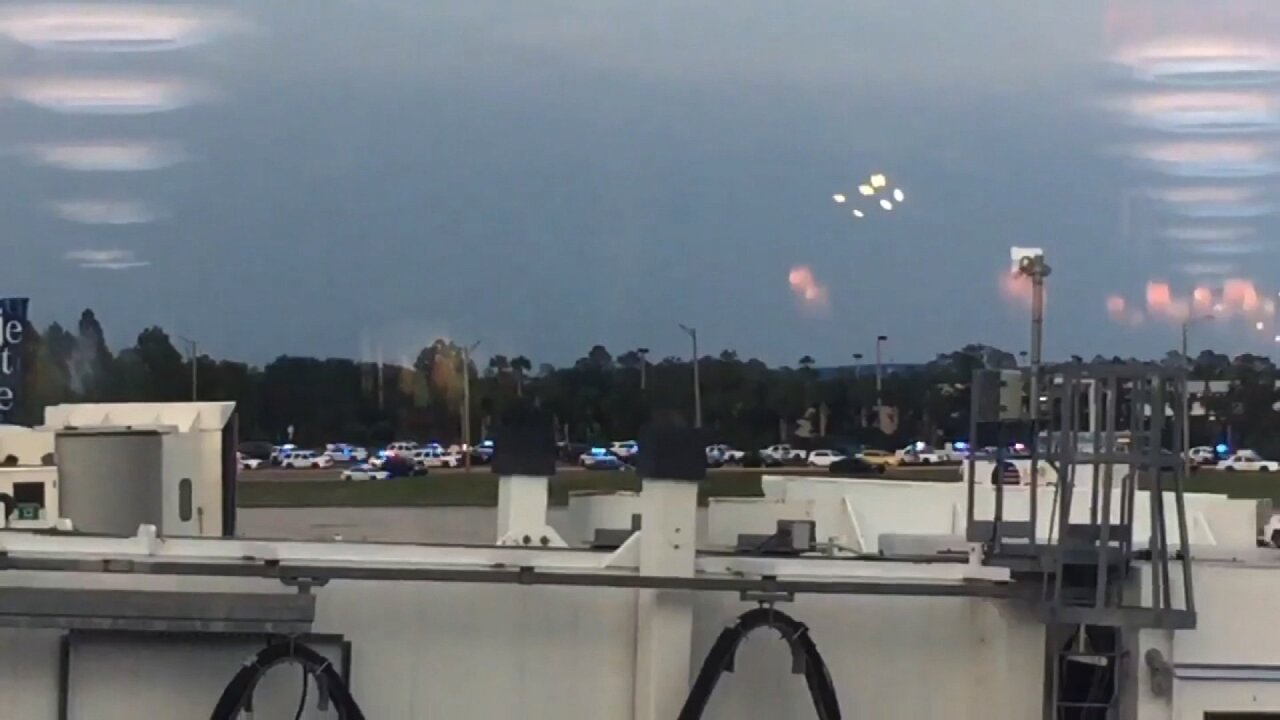 Police have contained a suspect with a weapon at the Orlando International Airport, authorities tweeted Tuesday, May 30, 2017.

Police have contained a suspect with a weapon at the Orlando International Airport, authorities tweeted Tuesday, May 30, 2017.

ORLANDO, Fla. – A man with a gun at Orlando International Airport on Tuesday night has been taken into custody after a lengthy standoff in a rental car area, police said.

“Everyone is safe,” Orlando police tweeted.

Earlier, police spokeswoman Sgt. Wanda Miglio said officers responded to reports of a man with a gun in the terminal. No shots were fired, she said.

A crisis negotiator spoke with the suspect, police said on their verified Twitter account before the man was detained.

The incident took place in the rental car area of Level 1, Side A, the airport tweeted.

David Hess had traveled to Orlando on business and was standing at the Dollar/Thrifty rental car counter.

A Thrifty employee ran in from a garage area and said, “There is a guy out there with a gun, Take cover. He has a huge gun.”

Other employees were unsure of what was going on.

Hess called 911 and was told by an operator there were reports of a man with a gun in one of the rental car parking lots.

Hess and other customers went to another garage and hid behind concrete beams. They remained there for several minutes before employees said the suspect was surrounded inside.

Hess was able to get a car and leave the airport, but said he was concerned because there were no warnings over the intercom about the man with the gun and he didn’t see security guards near the rental counters.

There was minimal impact to airport operations, the airport wrote on Twitter. The Federal Aviation Administration website listed a ground stop for the airport, known by the three-letter code MCO. The airport said planes due to arrive there were affected. Flight tracking websites indicated some flights were still departing.

Aerial footage from CNN affiliate WESH’s helicopter showed a long line of police cars with their emergency lights flashing outside and reporters tweeted photos of massive traffic backups on the airport roads.