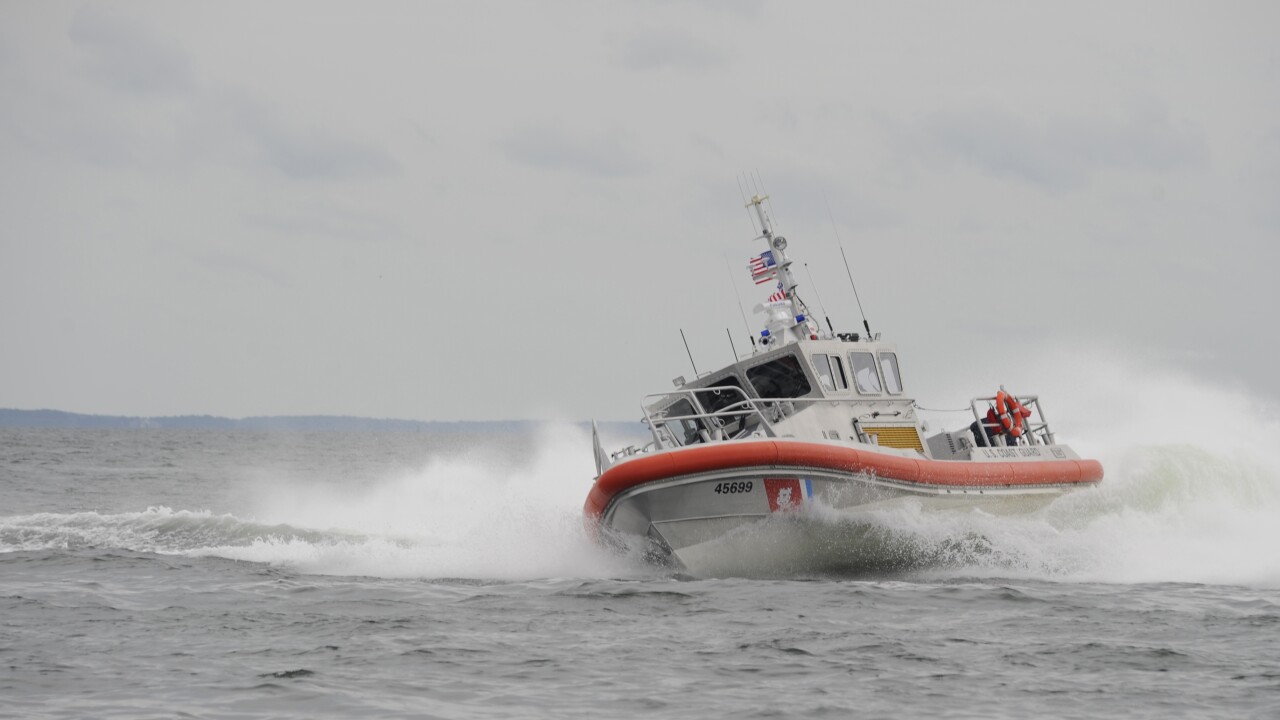 A crew aboard a new 45-foot Response Boat – Medium from Coast Guard Station Cape Charles, Va., conducts tactical turn training in the Chesapeake Bay, Friday, Aug. 24, 2012. The station’s RB-M is the 100th boat of 166 being delivered to the Coast Guard to replace the aging 41-foot Utility Boat fleet.

Coast Guard Station Milford Haven watchstanders received a report that a sailboat with one man aboard had hit a submerged object and was taking on water during the stormy weather.

The boat crew arrived to find the sailor fatigued and disoriented. The weather at the scene was reported as two-foot seas and 20 knot winds.

The crew transported the man to Station Milford Haven where local EMS were waiting. The man declined treatment and opted to return home to Virginia Beach.

The man has arranged for commercial salvage of his sailboat, Sweet Revenge.