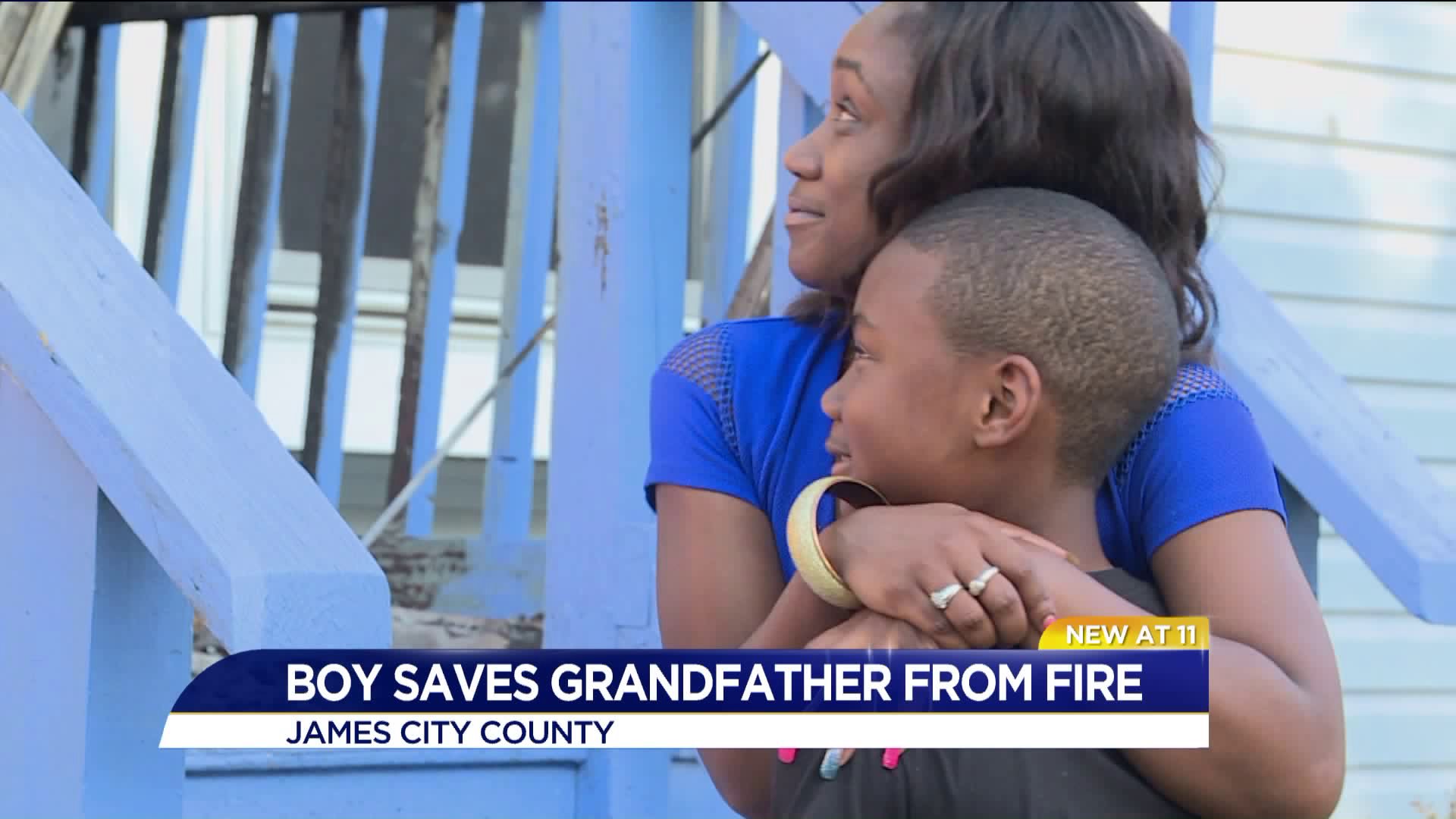 WILLIAMSBURG, Va. - A 9-year-old boy took action to help save his family during a house fire.

Tahjdon Moyler lives with his parents and grandparents in a home off Indian Summer Lane.

James City County fire officials said Tahjdon was in the house when he smelled smoke and went to check it out.

That's when he discovered a fire started in the kitchen. He took action and ran out of the house across the street to tell his grandmother who was chatting with neighbors.

The neighbors suffered burns from trying to put out the fire.