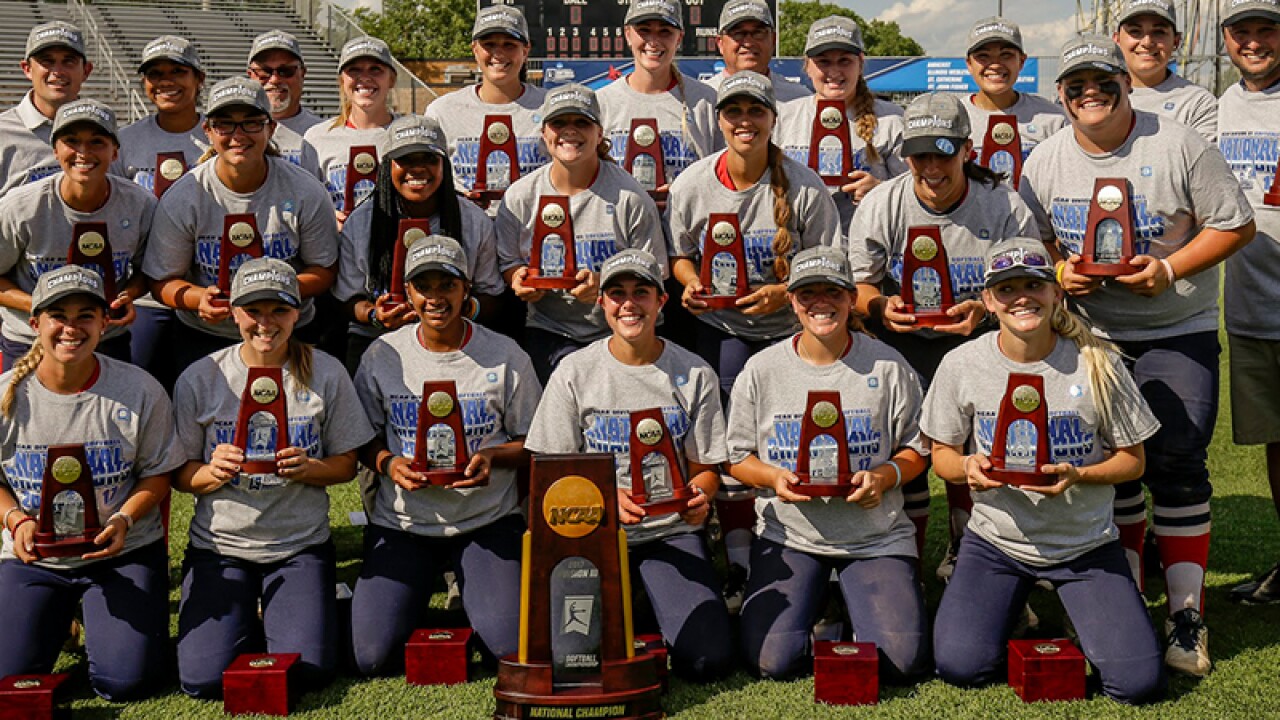 The championship is the first team championship for Virginia Wesleyan as an institution since the men’s basketball team claimed the crown in the 2006-07 season. Evan Cox of men’s golf won an individual national championship last year to round out school championships.

Wright held the Cardinals scoreless through four innings, limiting the opposition to just three hits in those four frames.

The Marlins capitalized in the bottom of the fourth for the lone run of the game. Madison Glaubke walked to lead off the frame, coming all the way around from first base to score on a Cassetty Howerin double to the wall in left-center. Blake Henderson singled on a bunt, and following a stolen base, the Marlins had runners on second and third with no outs.

Lindsay Thayer induced a pop out, a strikeout, and a fly out to end the threat with just one run allowed.

That run would be all the Marlins would need as Wright received three straight groundouts to silence the Cardinals in the fifth.

Hull entered in the sixth to record the final six outs of the championship. The freshman struck out the first batter she faced, then walked the next before getting a lineout and groundout to push the Marlins three outs from glory.

Hull strolled to the circle to start the top of the seventh and immediately sat down MaryClaire Grosvenor with high heat. She then rang up Sam Schermerhorn on an inside fastball, before getting Emma Savas to swing through another fastball for the final out of the game.

Hull struck out the side in the seventh, registering four in two innings, for her sixth save of the year as the Marlins took home the walnut and bronze.

Wright (18-0) allowed just three hits, walking one while striking out two in five innings. Howerin was 1-for-3 with an RBI in the contest.

The Marlins close the championship season with a record of 54-3.