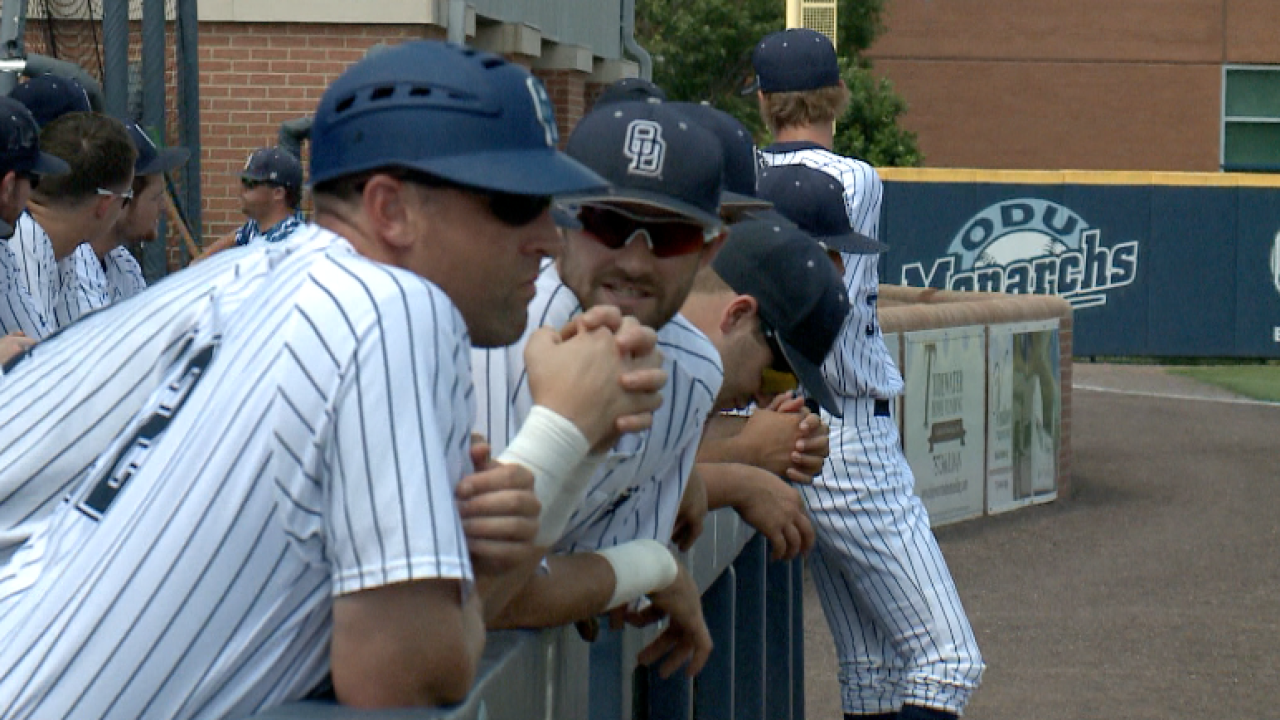 For the second time this season, Old Dominion (37-21) was unable to generate any offense against Florida Atlantic (35-20-1) starting pitcher Jake Miednik.

“We just couldn’t figure him out today,” said head coach Chris Finwood of Miednik. “He was throwing more fastballs today, of course the wind was blowing in so it was going to be a tough day to hit.”

The lefty Miednik, who threw eight shutout innings against the Monarchs back on May 20, held Old Dominion scoreless for the first seven innings of the game.

Behind Miednik’s performance on the mound, FAU used timely hitting to build a 5-0 lead heading into the eighth.

The Monarchs finally chased the Owls’ starter in the eighth, scoring two runs on two hits and an error in the inning. Freshmen Kyle Battle, who went 2-for-4 on the day, and Vinnie Pasquantino both knocked in runs.

However, with two-on and two-out, Battle was picked off at the second to end the rally.

ODU tags Kentucky out at 2nd base.

“We’ve been kind of streaky offensively this year,” said Finwood. “We’ve got it going and had a lot of big innings but they say hitting is contagious good and bad and we’re a great example of that. The last two days we just couldn’t get a big hit.”

FAU added an insurance run in the top of the ninth and FAU reliever Drew Peden, who entered in the eighth, threw a perfect ninth for the save.

“We were a little unlucky, but they deserved to win,” said Finwood. “They played better than we did, they made the plays and they got some big hits when they needed them.”

The Monarchs now await the Selection Show on Monday to see if they are bound for an NCAA Regional. ODU has an RPI in the 40s and 18 victories over RPI Top 100 teams, including series wins over West Virginia and Southern Miss.

The Selection Show will be televised on ESPN2 at noon on Monday. ODU has not made an NCAA Tournament since 2014.