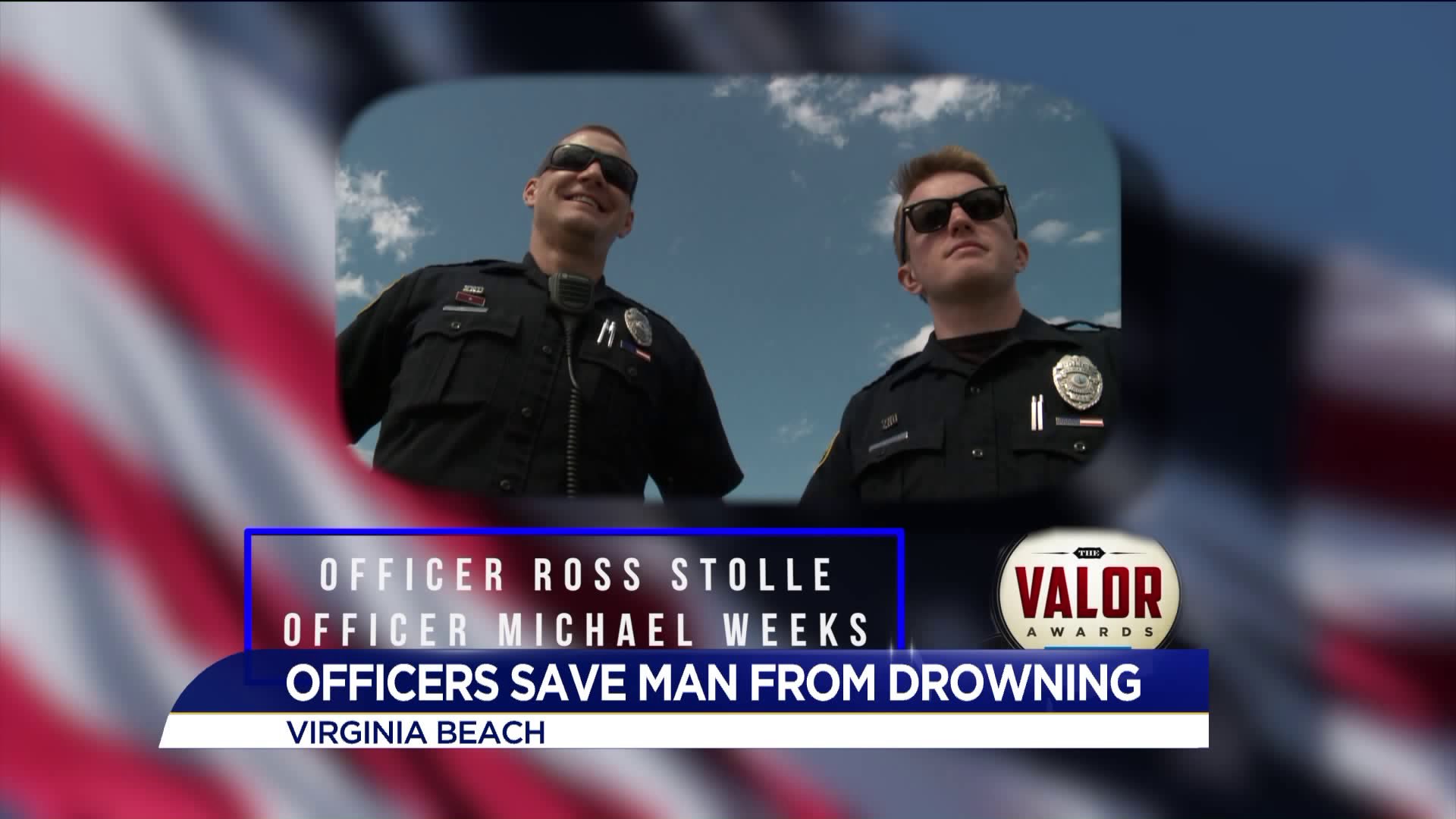 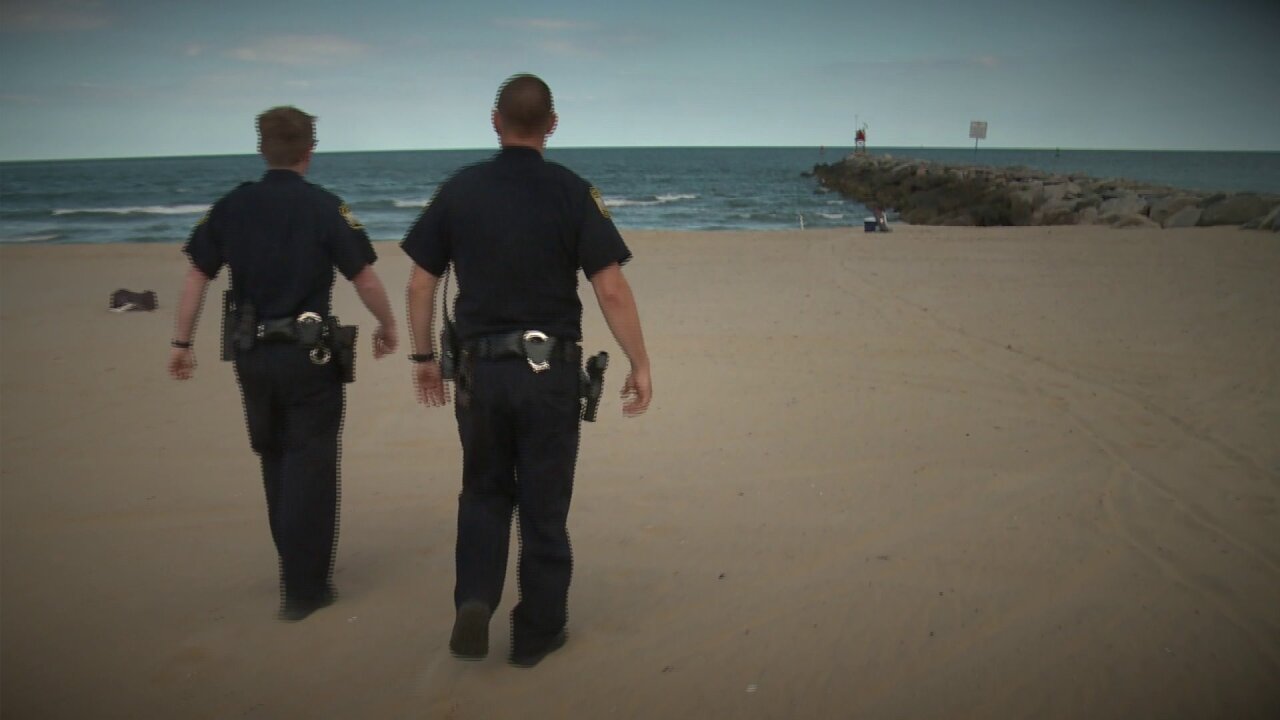 VIRGINIA BEACH, Va. - Thousands of men and women in uniform put their lives on the line every day when they go to work here in Hampton Roads.

News 3 continues our series dedicated to the first responders who went above and beyond the call of duty this year.

Virginia Beach Police Officers Ross Stolle and Officer Michael Weeks put their own safety at risk as they plunged into the icy Atlantic Ocean on January 15 to save a man from drowning.

The victim was in the water near the First Street Jetty in distress. Without hesitating the two officers plunged in the water to help the man who was near rocks and looked to be face-down.

The officers, who had about 30 pounds of worn equipment on them already, were able to bring the unresponsive man, who was large in stature, to the shore. They started giving him aid and tried to raise his body temperature by covering him with their own jackets and blankets.

More emergency response crews arrived at the scene and the man was taken to Sentara Virginia Beach Hospital.

The water temperature that day was in the 40s and the air temperature was just as cold. Marine Patrol officials said with the temperatures at the level they were, the human body would shut down after about 10 minutes.

Officials do not know the exact amount of time the victim was in the water but after he was evaluated at the hospital officials said his body temperature was between 79-80 degrees. This temperature was dangerously lower than a normal core temperature of 98.6.

After the incident, officials were told the man had walked out onto the jetty to do some fishing and must have slipped and fallen into the water.

The man was saved because of Officers Ross Stolle and Officer Michael Weeks’ actions.

The Valor Awards are presented by the Hampton Roads Chamber. News 3 is honored to partner this year and showcase incredible feats of bravery.