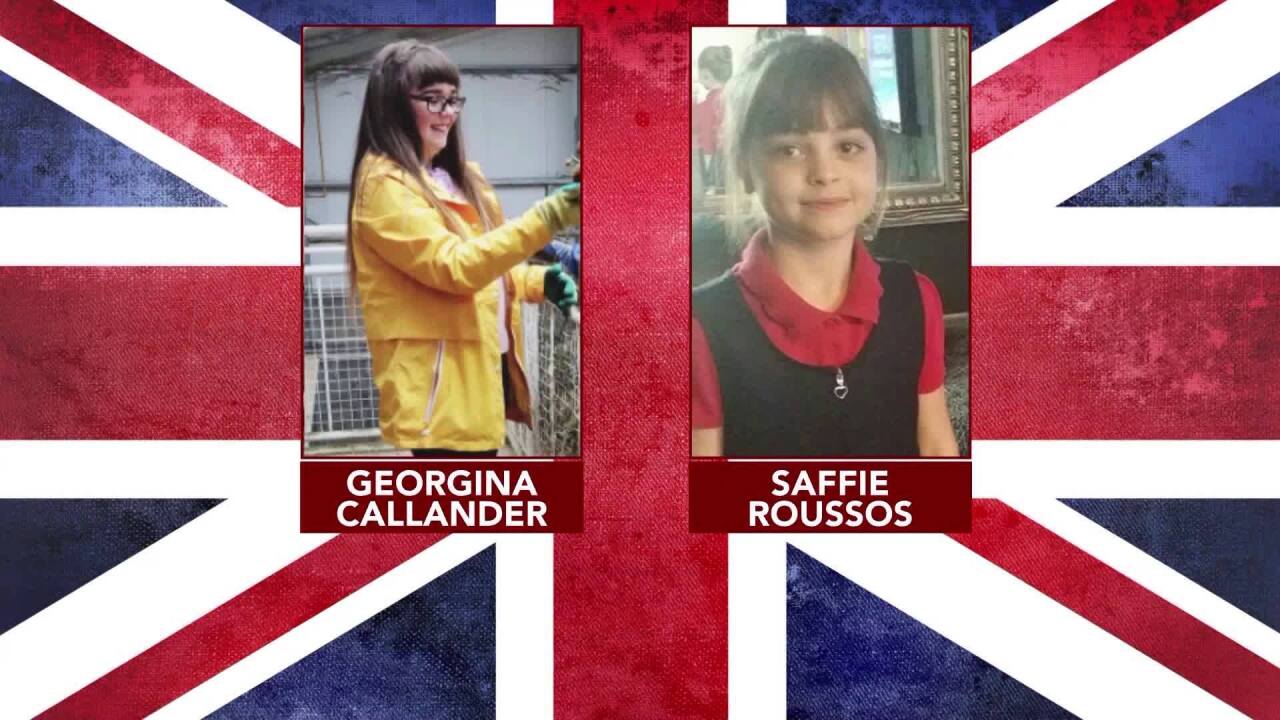 An 8-year-old described as a “beautiful little girl” has been named as one of the 22 people killed in a vicious bomb attack at an Ariana Grande concert in Manchester on Monday night.

Lancashire County Council confirmed that Saffie Rose Roussos from Leyland, Lancashire was killed in the attack at the Manchester Arena. The explosion ripped through the mostly teenage crowd as they streamed out of the venue following the end of the pop star’s performance.

An 8-year-old described as a “beautiful little girl,” and a 15-year-old celebrating a friend’s birthday have been named as among the 22 people killed in a bomb attack at an Ariana Grande concert in Manchester Monday night.

Lancashire County Council confirmed that Saffie Rose Roussos, 8, from Leyland was killed in the attack at the Manchester Arena. The explosion ripped through the mostly teenage crowd as they streamed out of the venue following the end of the pop star’s performance.

“Saffie was simply a beautiful little girl in every aspect of the word,” Chris Upton, headteacher at Tarleton Community Primary School, said. “She was loved by everyone and her warmth and kindness will be remembered fondly. Saffie was quiet and unassuming with a creative flair.”

“News of Saffie’s death in this appalling attack has come as a tremendous shock to all of us and I would like to send our deepest condolences to all of her family and friends. The thought that anyone could go out to a concert and not come home is heartbreaking,” Upton added.

Olivia Campbell, a 15-year-old girl who attended the concert with her friend on Monday night has died, according to a Facebook post on her mother ‘s page.

“RIP my darling precious gorgeous girl Olivia Campbell taken far far too soon go sing with the angels and keep smiling mummy loves you so much,” the post read by Charlotte Campbell.

Olivia’s mother and her stepfather Paul Hodgson issued an emotional plea on CNN on Tuesday, for help finding Olivia after they didn’t hear from her following the terror attack.

Charlotte Campbell told CNN that her daughter called from Manchester Arena before the attack.

“It was half-past 8, she said the acts were amazing. She was waiting for Ariana to come on, she was so happy. She thanked me and said she loved me and that was the last I heard from her,” she said.

Superfan Georgina Callander was also killed in the attack, according to Bishop Rawstorne Church of England Academy where she had previously been a student.

The 18-year-old had tweeted at the pop star the day before the concert. “So excited to see u tomorrow,” she posted ahead of the show.

“Georgina was a lovely young student who was very popular with her peers and the staff and always made the most of the opportunities she had at the school,” the school said in a statement.

Callander had met Grande in 2015. Photos on her Facebook page showed a fun-loving teenager who liked pop groups like One Direction and Fifth Harmony.

A man from the Greater Manchester area was confirmed as the third victim of the attack, according to Ivan Lewis, a local politician.

Lewis spoke to members of John Atkinson’s family at a vigil in Radcliffe on Tuesday morning, and shared his condolences on Twitter.

There was an outpouring of grief from Atkinson’s friends and family on social media.

“Sleep tight John Atkinson. Thoughts and prayers with all your family and the other 21 people who lost there lives last night,” Lee Paul, one of Atkinson’s friends, said in a post on Facebook.

Another friend, Neeley Rice, shared a photo of herself with Atkinson.

“Whole body feels numb. Love you so much john boy see you on the other side,” Rice said in the post.

Atkinson had been a student at nearby Bury College.

“We are shocked and saddened by the news of former Bury College student John Atkinson who sadly lost his life during Monday evening’s incident,” Bury College Principal Charlie Deane told CNN in a statement. “Our thoughts go out to John’s family and friends and all those who have been affected by recent events.”

Freak Dance Radcliffe, a dance studio in his hometown, described Atkinson as a “member of our dance family” in a post on Facebook.

“John was always an amazingly happy gentle person and a real pleasure to teach when he came to our adult classes and even competed for Freak Dance,” the statement read. “Our thoughts are with the family at the very sad and hard time!”