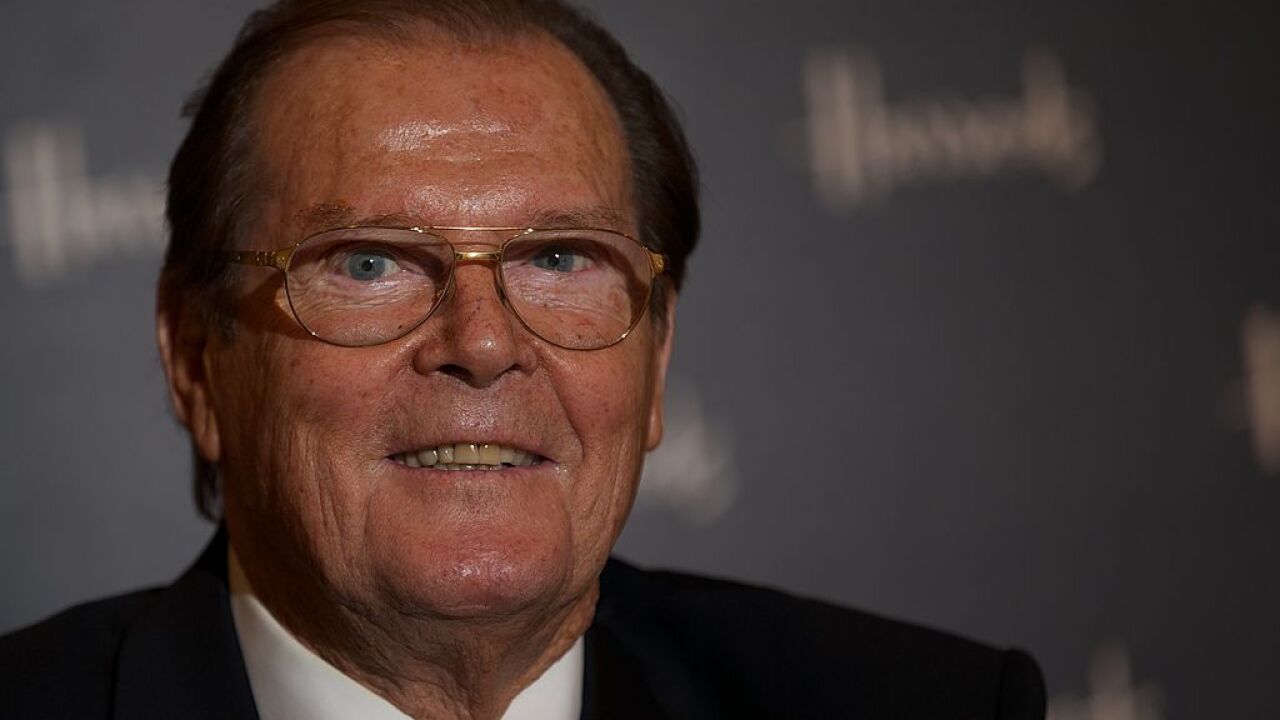 British Actor Roger Moore poses for photographs at the launch of his book Bond on Bond, at Harrods department store in London on October 11, 2012. In his book Moore details gadgets, cars and villains of 50 years of James Bond. AFP PHOTO / ANDREW COWIE (Photo credit should read ANDREW COWIE/AFP/GettyImages)

British actor Roger Moore on set of the James Bond movie ‘A View to a Kill’ with half a car during filming in Paris, France in August 1984. (Photo by Larry Ellis/Express/Getty Images)

Legendary actor Sir Roger Moore, best known for his role as James Bond, has died in Switzerland after a battle with cancer, according to a statement his family posted on his Twitter account. He was 89 years old.

His first major role came in 1962 as leading man Simon Templar in the British television series “The Saint.”

More than a decade later, Moore landed the role of James Bond.

Moore portrayed Agent 007 in seven consecutive films, including “Live and Let Die,” “The Man with the Golden Gun,” “The Spy Who Loved Me,” “Moonraker, “For Your Eyes Only,” “Octopussy” and “A View to a Kill.”

Known for his philanthropic work, Moore was appointed an International Goodwill Ambassador for UNICEF in 1991.

With the heaviest of hearts, we must share the awful news that our father, Sir Roger Moore, passed away today. We are all devastated. pic.twitter.com/6dhiA6dnVg