Trump: ‘I never mentioned the word or the name Israel’ to Russians 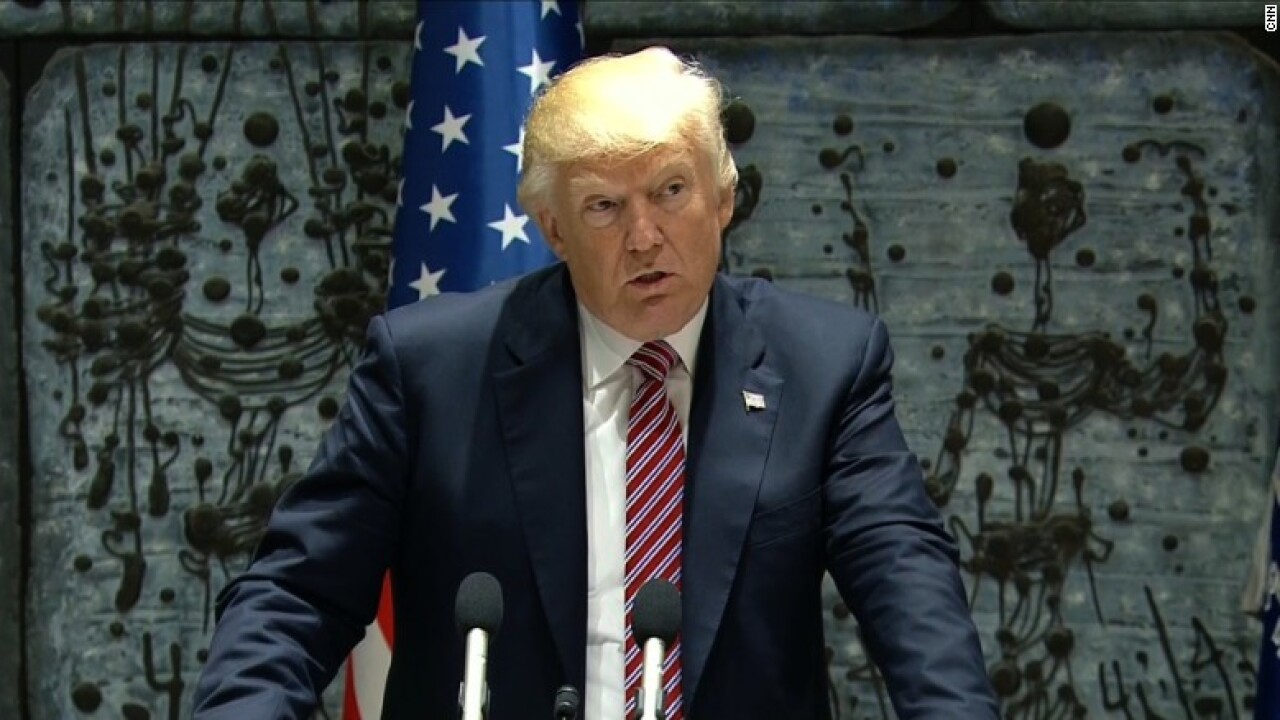 “Just so you understand, I never mentioned the word or the name Israel,” Trump said ahead of a bilateral session with Israeli Prime Minister Benjamin Netanyahu.

Trump is accused of disclosing the information during an Oval Office session with the Russian foreign minister and the Russian ambassador to the United States on May 10. The information centered on attempts by terrorist groups to load bombs into laptops in an attempt to blow up airliners.

The accusations, however, never suggested that Trump told his Russian visitors that the information came from Israel. Instead, the information Trump revealed is thought to have been so specific that its origin was clear.

Standing alongside Netanyahu on Monday, Trump nearly escaped answering questions about the intelligence dust up. He appeared to walk away from his Israeli counterpart before shaking hands, and then returned to finish the photo-op.

That’s when reporters began shouting questions about the matter.

Netanyahu maintained that “intelligence cooperation is terrific” between Israel and the United States in the wake of the revelations.

Trump, meanwhile, claimed the story had been misreported.

“You have another story wrong,” he said.