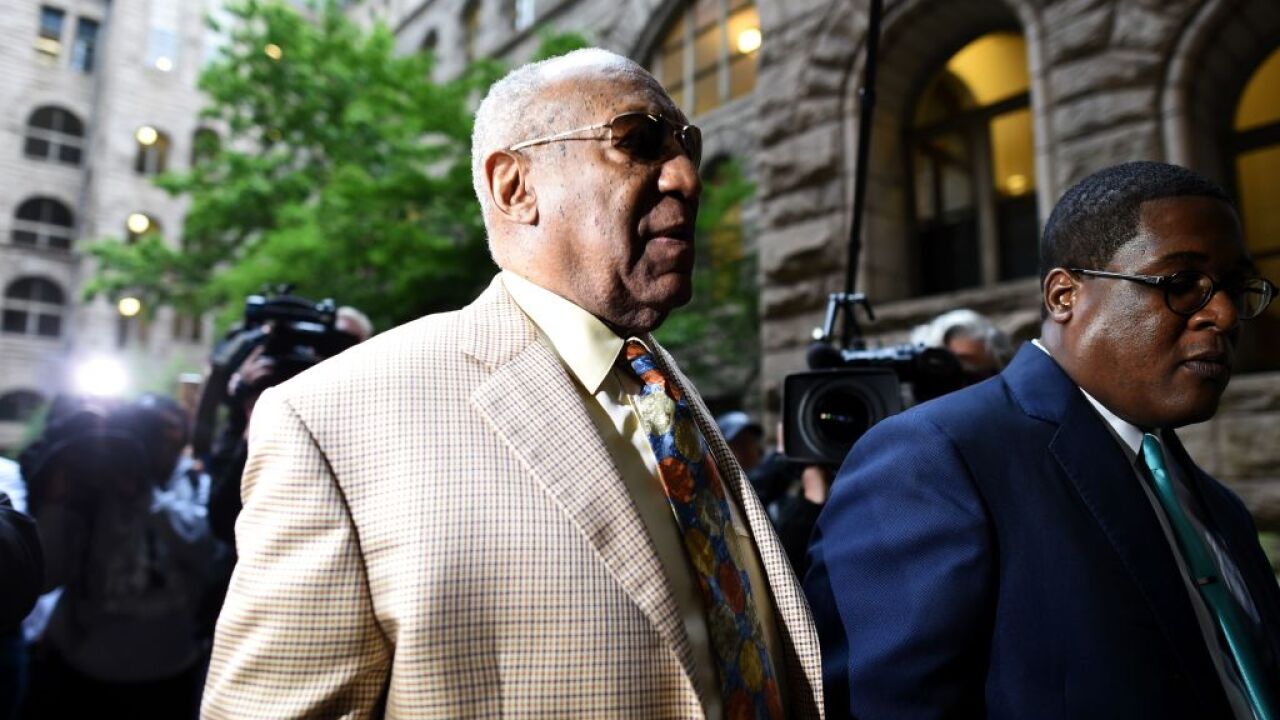 US comedian Bill Cosby (C) arrives at the Allegheny County Courthouse in Pittsburgh, Pennsylvania, on May 22, 2017. The 79-year-old Cosby is due to stand trial in Pennsylvania on June 5 for allegedly plying a woman with pills and wine, and then assaulting her at his Philadelphia home in 2004. More than 50 women have publicly accused him of being a sexual predator over a period of four decades, making remarkably similar allegations that he fed them sedatives and alcohol that made them unable to resist his advances. / AFP PHOTO / Don EMMERT (Photo credit should read DON EMMERT/AFP/Getty Images)

Comedian Bill Cosby was in a Pittsburgh courtroom Monday as jury selection began in his sexual assault trial.

US comedian Bill Cosby (C) arrives at the Allegheny County Courthouse in Pittsburgh, Pennsylvania, on May 22, 2017.
(DON EMMERT/AFP/Getty Images)

The actor, 79, is charged with three counts of felony aggravated indecent assault of a Temple University employee in his home in 2004. He has pleaded not guilty to all charges.

Opening statements will begin June 5 in Monroe County, near Philadelphia.

More than 50 women have accused Cosby of misconduct, many alleging he drugged and sexually assaulted them.

Cosby told CNN host Michael Smerconish last week he does not plan to testify in his own defense.

The judge in February granted a defense request that jurors come from another county, but denied a request to move the trial.

Cosby did not speak as he entered court Monday. He wore sunglasses, carried a cane, and held a man by the arm.

Jurors in Cosby trial to come from outside suburban Philly court