Lexi Thompson increases lead after 2nd round of the Kingsmill Championship 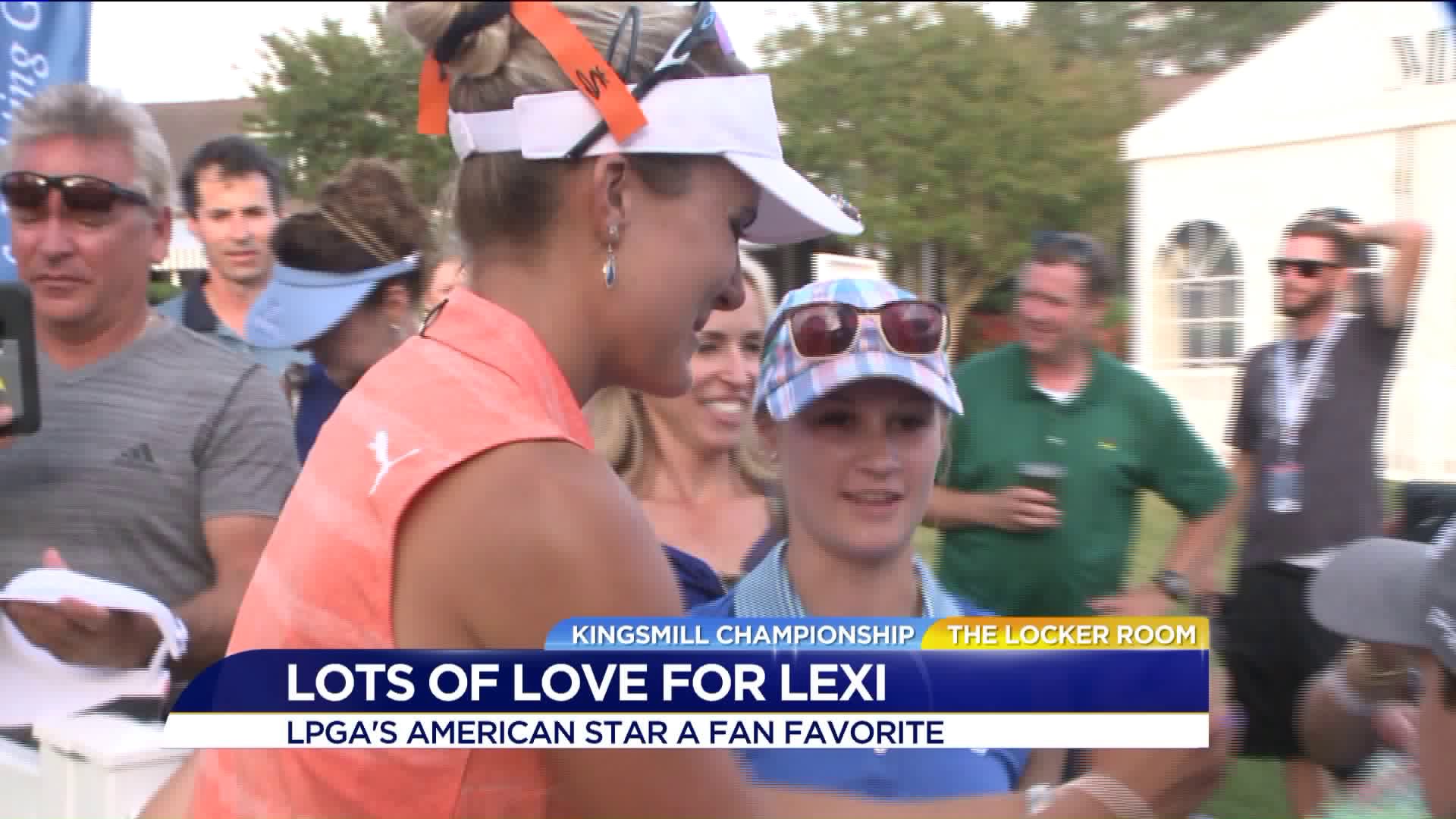 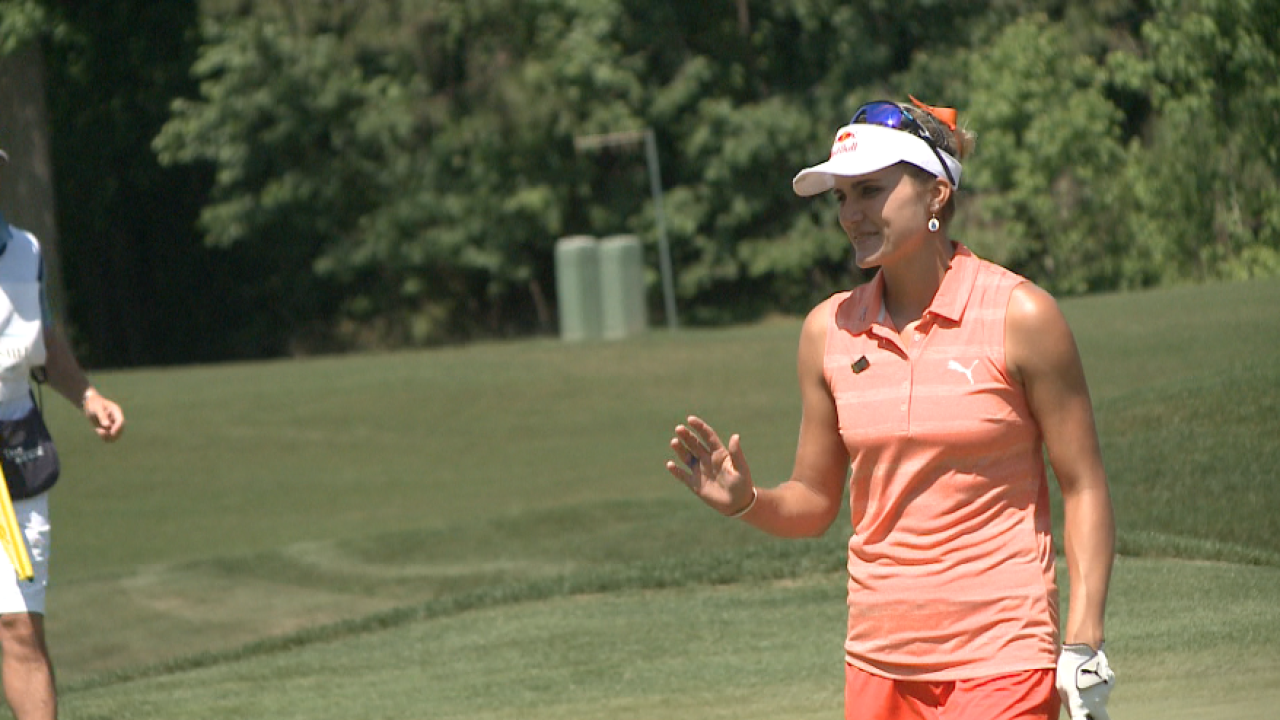 WILLIAMSBURG, Va. - It was the world's No. 1 golfer Lydia Ko (-8), rising to the leaderboard at the conclusion of the morning wave.

But in the afternoon, it was the thunder, and "Lexi lightning" that stole the show. In the midst of the afternoon wave, play was suspended for an hour due to thunder and a potential storm.

22-year old American Lexi Thompson went -4 under on the front nine and played a bogey-free round to jump out to a three stroke lead at -12 under par.

Lexi Thompson signs autographs after finishing the second round.

"I feel great where my games at, I'm just trying to keep my thoughts simple," said Thompson. She's finished in the Top 8 at Kingsmill in each of the past three years. "I've been focused on my routine and picking small targets out there, and if I do that, my games in a good spot."

Behind Thompson is American Gerina Piller, who had an incredible chip shot on the 17th hole to move to -10 under. Piller would bogey the 18th but still sits at -9 under headed into moving day. "Hit the fairway, hit the green, hit the putt, just trying to keep it as simple as possible," said Piller.

Thompson and Piller will be paired together again tomorrow and tee-off at 3:05 p.m.