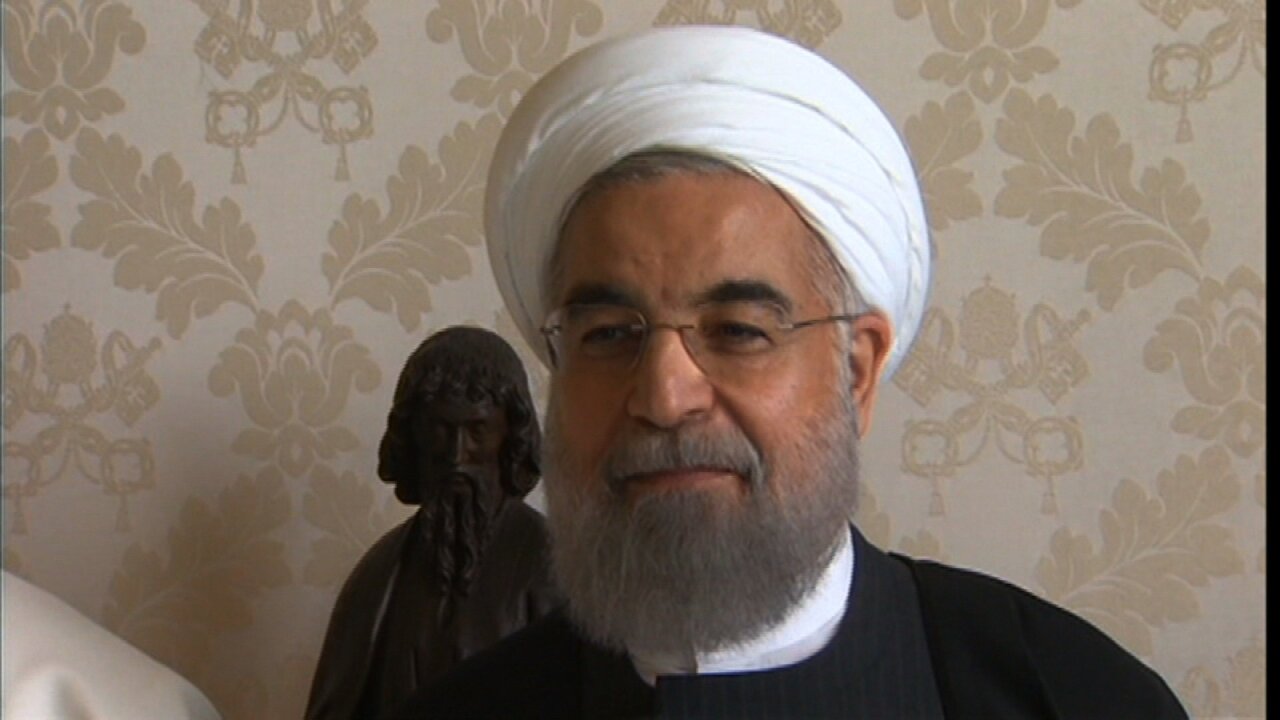 Iranian President Hassan Rouhani handily won re-election with 57 percent of the vote. More than 40 million people, which is 70% of eligible voters, cast ballots.

Iranian President Hassan Rouhani handily won re-election in what amounts to a victory for the Shiite nation’s reformist camp and a sign that citizens favor fruitful engagement with the outside world.

“Great people of Iran, you are the victors of the #Elections,” Rouhani said in a tweet translated from Farsi. “I humbly bow my head down to you. I will remain loyal to my promise to you.”

Rouhani, who defeated his conservative challenger Ebrahim Raisi in the Friday elections, garnered 57% of the vote, Interior Minister Abdolreza Rahmani Fazli said. He’ll serve another four years in the post.

“I voted for Mr. Rouhani,” said Mostafa, a voter in Tehran who spoke to CNN. “And I am proud of him because he showed all of the world we are a good country. Our goal is peace for our world. And I am proud of my President.”

Another voter stressed the importance of casting a ballot.

“Today is going to be a very happy day,” said Satiya Liaghi, a 20-year-old student at Sharif University of Technology in Tehran.

Rouhani, a moderate, was a key architect of the 2015 nuclear deal with the United States, the European Union and other partners, and his first term was marked by an emergent international outreach.

The agreement has been controversial in both the United States and Iran, and it emerged as a top campaign issue, with the election seen in part as a referendum on the deal.

Iran’s Supreme Leader Grand Ayatollah Ali Khamenei — who praised the turnout — was among the first to vote and urged others to do the same.

“I believe that the presidential election is very important,” he said. “The fate of the country is in the hands of people.”

Raisi — who got 38% of the vote — had been widely seen as Khamenei’s preferred candidate.

But Rouhani had history and hope on his side. No sitting president has failed to win a second term since 1981.

Rouhani’s engagement with the outside world — in spite of economic sanctions and visa restrictions — resonated with voters, especially those in affluent areas.

Under the nuclear deal, Iran would reduce its stockpile of low-enriched uranium by 98% and significantly scale back its number of installed centrifuges.

In exchange, the United States and the European Union would lift sanctions that have crippled the country’s economy.

Rouhani has had a tough time defending the agreement, and his opponents have accused him of not making good on his promises.

He billed the deal as one that would thrust open the gates of economic opportunity, bring the country out of its isolation, and create millions of jobs for Iranians.

The agreement has brought a string of billion-dollar deals with Western firms for airplanes and oil exploration in Iran.

But the benefits have been largely limited by a fall in global oil prices and US President Donald Trump’s election, which introduced uncertainty for investors.

Trump has repeatedly threatened to rip up the nuclear deal.

For the average Iranian, the results so far have been lackluster, and Raisi repeatedly accused Rouhani of sacrificing Iran’s sovereignty for a fool’s bargain.

The election comes as Trump visits Saudi Arabia, the heart of the Sunni branch of Islam.

The Saudis and other Gulf states hope Trump will take a harder line on Iran than his predecessor, President Barack Obama.

Tensions have long festered between Sunnis and Shiites, particularly in Iraq, where Sunnis are a minority, and in Syria, where the Gulf states and Iran have backed different sides in the civil war there.

Russia has been allied with Iran on behalf of Syrian President Bashar al-Assad’s government. Its President, Vladimir Putin, sent a congratulatory telegram to Rouhani, the Kremlin said on its website.

“The Russian President also expressed confidence in the further successful implementation of the agreements, including those achieved during Hassan Rouhani’s recent official visit to Russia, in the interests of the friendly peoples of the two countries, in the framework of efforts to maintain stability and security in the Middle East and the world generally,” the Kremlin statement said.