How President Trump’s first foreign trip compares with past presidents 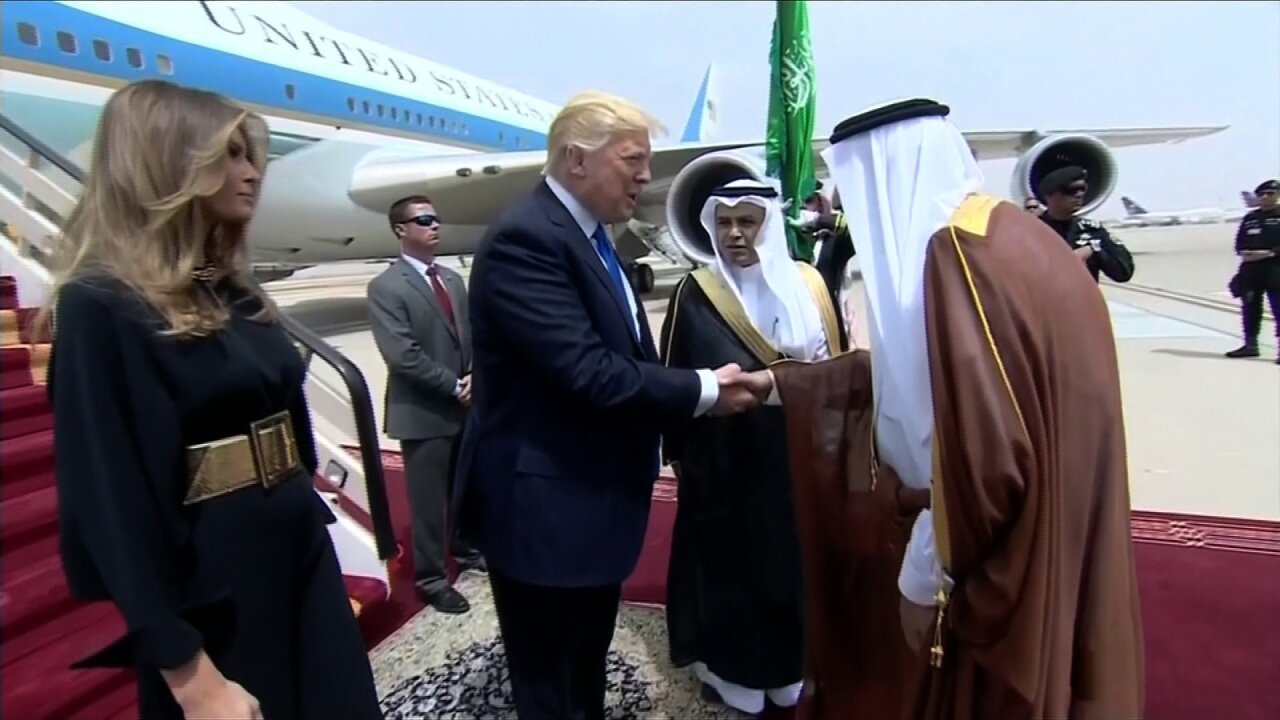 President Trump arrived in Riyadh and was greeted by King Salman and other high-level Saudi officials. He also received an order of merit at the Royal Court during a coffee ceremony.

President Trump arrived in Riyadh and was greeted by King Salman and other high-level Saudi officials. He also received an order of merit at the Royal Court during a coffee ceremony.

In his first few months in office, US President Donald Trump has continuously broken with tradition and thrown convention to the wind.

His inaugural overseas visit will be no different.

Trump has arrived in Saudi Arabia for the start of his first foreign trip, becoming the first-ever president to pick the Middle East for their maiden journey.

Trump — who will also visit Israel, Belgium and Italy during the trip — has joined a short list of presidents who chose not to visit a US neighbor before traveling further afield.

Teddy Roosevelt, the first president to travel abroad, visited Panama City in November 1906. Of the 19 presidents that followed, 14 have made their first official trips to nearby nations, according to data from the State Department. One of them — Herbert C. Hoover — did not travel overseas as president.

In fact, Trump is the first president since Jimmy Carter whose first foreign destination wasn’t Mexico or Canada. Carter visited the UK in May 1977.

Trump’s lack of foreign travel has even landed him with a nickname: the “Homebody President.”

When he took off on Friday, Trump was 119 days into his first term, marking the latest first foreign trip in the past 50 years by a US president.

The last president to take longer before traveling abroad was Lyndon B. Johnson, who waited more than 10 months after President John F. Kennedy was assassinated in 1963 before visiting Canada.