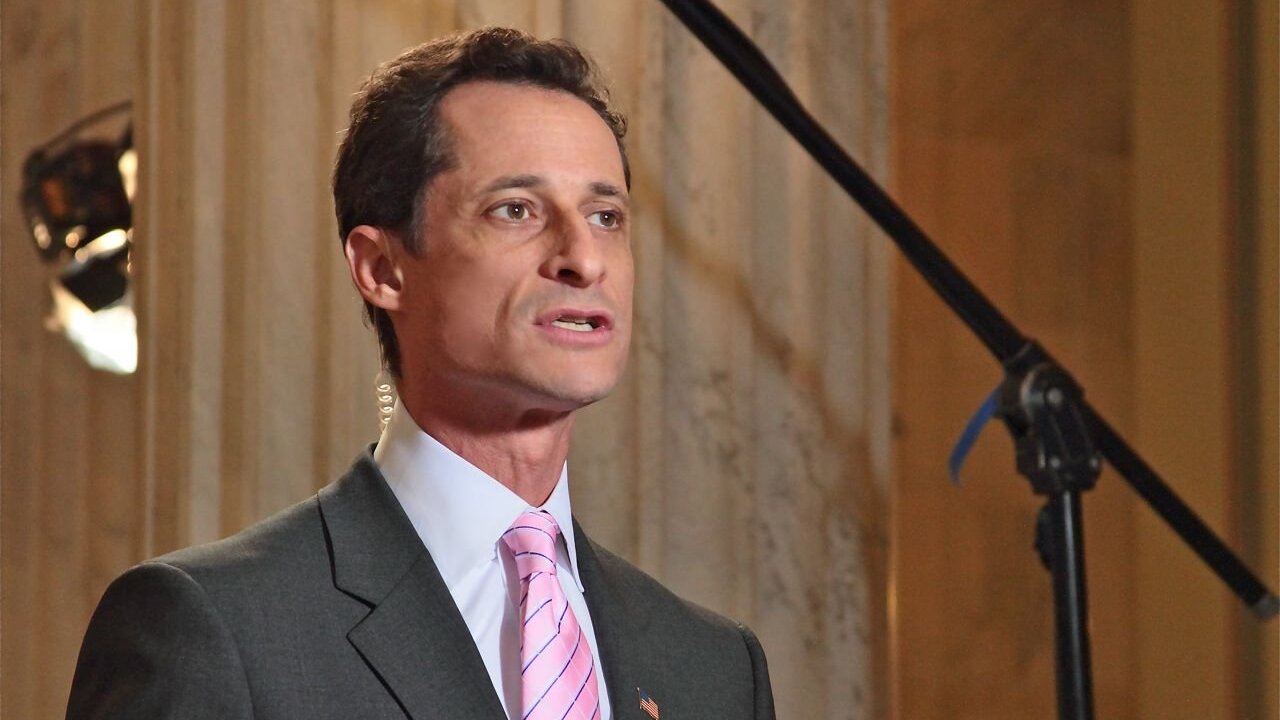 Rep. Anthony Weiner does an interview for CNN’s Situation Room from the Russell Rotunda on January 27, 2011.

Former Rep. Anthony Weiner pleaded guilty Friday to transferring obscene material to a minor, according to the US Attorney’s office for the Southern District of New York.

“I accept full responsibility for my conduct. I have a sickness, but I do not have an excuse,” Weiner said through pauses and bouts of tears in an emotional statement. “I entered intensive treatment, found the courage to take a moral inventory of my defects, and began a program of recovery and mental health treatment that I continue to follow every day.”

As part of the plea agreement, he will have to register as a sex offender, surrender his passport, continue mental health treatment and is barred from having any contact with the girl. He also is required to forfeit his iPhone.

“Today, former Congressman Anthony Weiner admitted and pled guilty to sending sexually explicit images and directions to engage in sexual conduct to a girl he knew to be 15 years old,” acting US Attorney Joon H. Kim said in a statement. “Weiner’s conduct was not only reprehensible, but a federal crime, one for which he is now convicted and will be sentenced.”

Weiner, 52, was released on bail pending sentencing, which is scheduled for September 8, the release said. The government recommended between 21 and 27 months imprisonment, which Weiner’s counsel agreed to.

Weiner said in court that he was first contacted by the girl in January 2016 and that for two months, he “engaged in obscene communications with this teenager, including sharing explicit images and encouraging her to engage in sexually explicit conduct, just as I had done and continued to do with adult women.”

“I knew this was as morally wrong, as it was unlawful,” he said. “This fall, I came to grips for the first time with the depths of my sickness. I had hit bottom.”

Arlo Devlin-Brown, an attorney at Covington & Burling, said Weiner accepted “full responsibility” for his “inappropriate” actions, adding that Weiner would not further address the matter.

CNN, citing law enforcement officials, reported last September that prosecutors in the office of then-US Attorney Preet Bharara issued a subpoena for Weiner’s cell phone and other records as part of an investigation into alleged “sexting” with a purportedly underage girl. The allegations first surfaced in the Daily Mail.

In a statement to CNN at the time of the first reports, Weiner neither confirmed or denied sending the texts.

“I have repeatedly demonstrated terrible judgment about the people I have communicated with online and the things I have sent. I am filled with regret and heartbroken for those I have hurt,” he said.

Weiner also claimed at the time that he was “likely” the subject of a hoax.

Weiner left Congress in June 2011 when sexually-charged, sometimes explicit, texts with women other than his wife first emerged. His social media habits continued after leaving Congress and contributed to his poor showing with his 2013 New York City mayoral campaign, a race in which he had once been a leading contender.

Weiner is estranged from Huma Abedin, a top aide to former Democratic presidential nominee Hillary Clinton. A message left with a representative for Abedin seeking comment Friday morning was not returned.