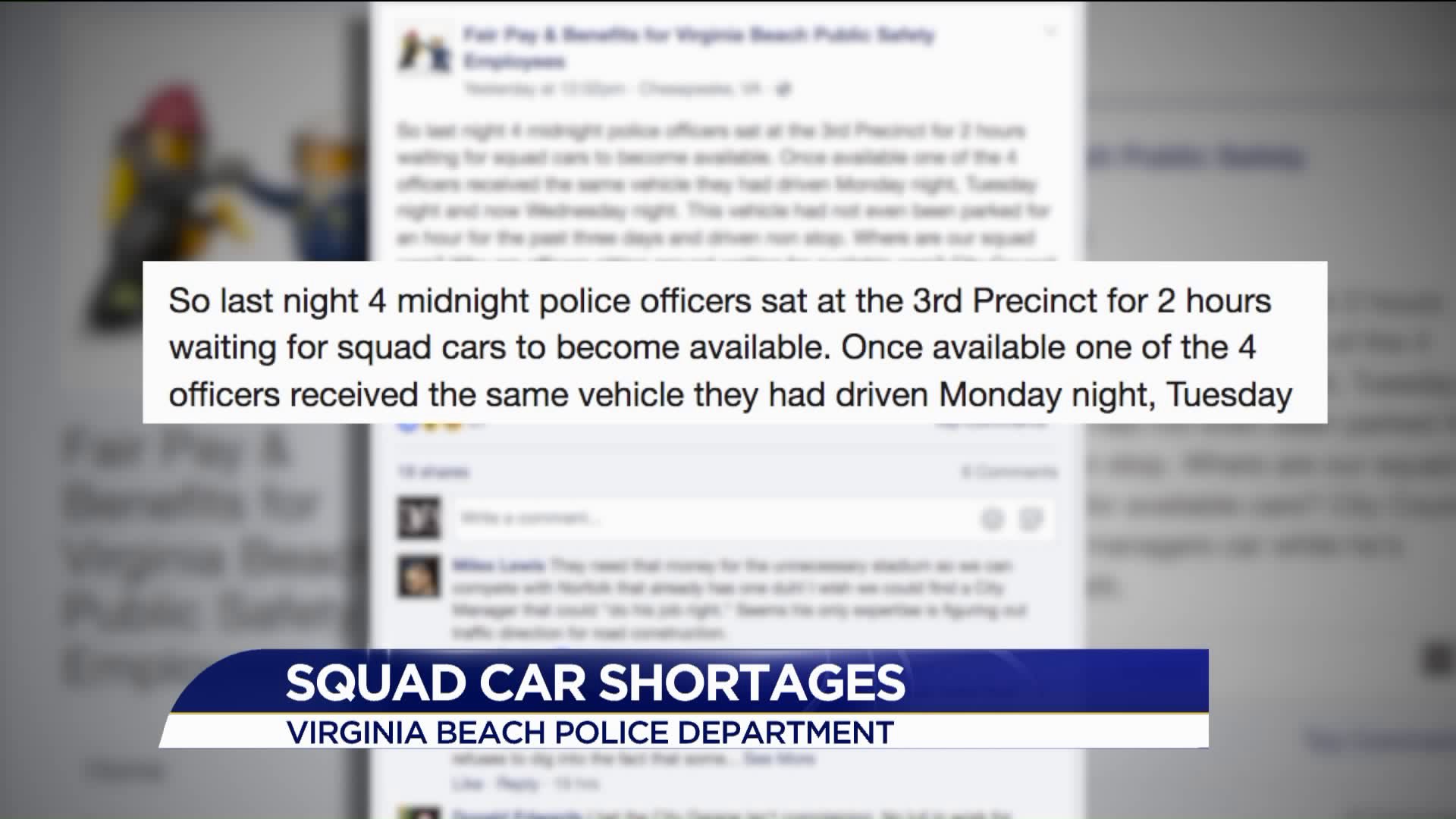 VIRGINIA BEACH, Va. - Four police officers in the third precinct had to wait two hours for their patrol cars to become available this week, according to a Facebook post.

News 3 asked the police department if the post is accurate and if the department had a response. A department spokesperson responded to an email, writing, "We are aware that there are several vehicles down due to maintenance and that causes a turn-around of vehicles available for patrol."

Brian Luciano is the president of the Virginia Beach Benevolent Association.

He told News 3 he's not aware of the incident, but it's not uncommon for officers to have to wait for patrol cars to become available. "If officers had to wait for two hours that's concerning and it should be concerning to the citizens because that's two hours that entire squad or a portion of a squad is not on the street," he said.

Officers' shifts overlap, so if they're not patrolling calls for service could start to back up. "Unfortunately, I have seen officers who had to be called in early off their shift to turn over keys, which again is less manpower on the streets," he said.

Luciano said the issue has been talked about for years.

If the department got more money for cars, officers wouldn't have to wait and maintenance could be finished sooner, he said. "In a perfect world, the officer is able to hit the street when their shift starts," he said. "Unfortunately, we're not living in that perfect world."

A police department spokesperson said more vehicles should be ready for patrolling soon.