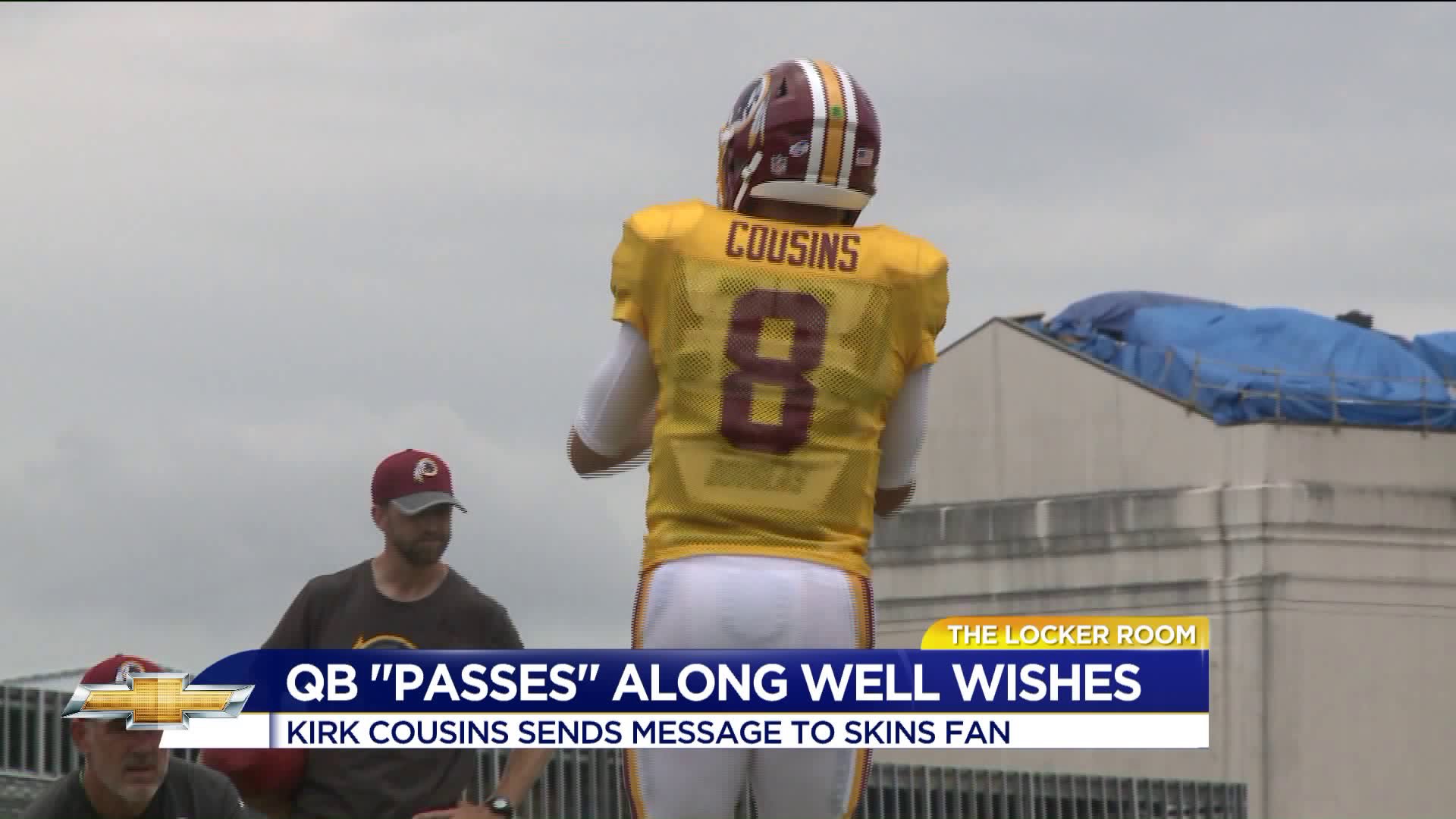 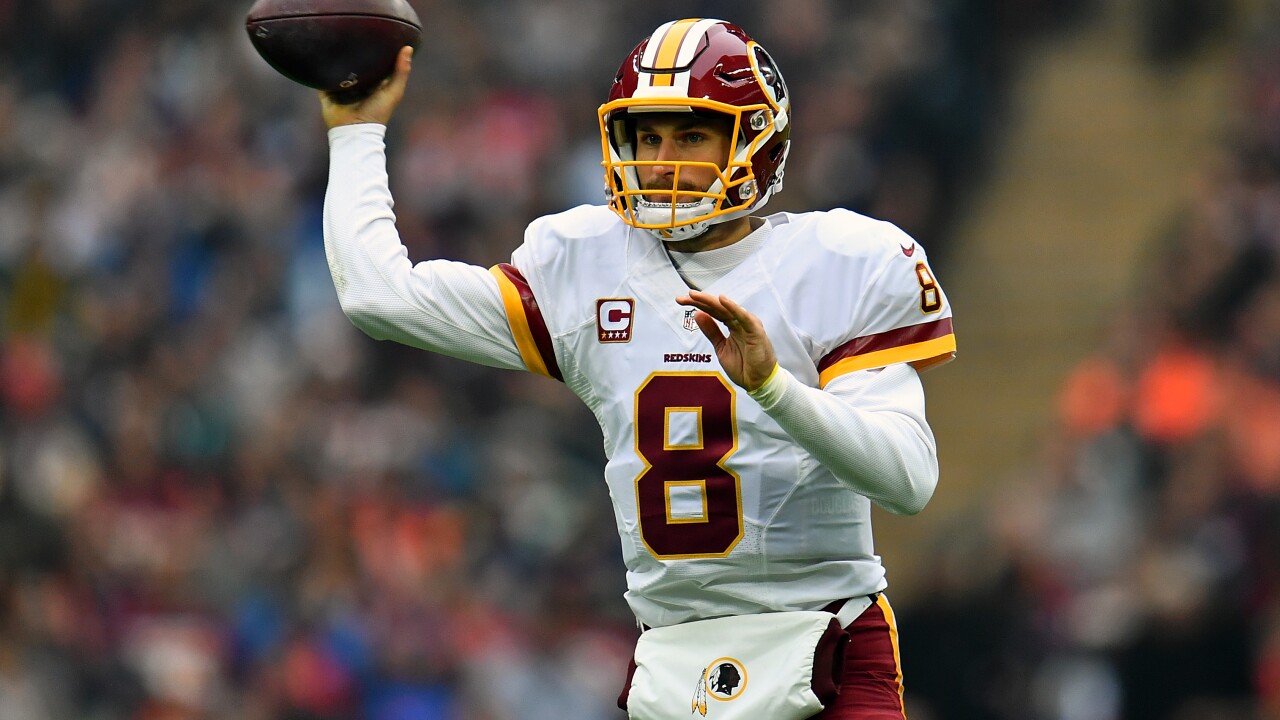 In a story first reported by Redskins.com and the Washington Post, Cousins was made aware of a young Redskins fan who nearly lost his life in a car accident. Friends of Hans Vollmecke, a junior football player at Langley High School in McLean, Virginia, reached out to Cousins' reps in hopes the QB would provide a pick-me-up for Vollmecke, who suffered head trauma, bleeding, a broken pelvis, bruised lungs, torn shoulder ligaments and several other injuries when his pickup truck slammed into a tree.

“We started planning out what we could do for him, when we could visit him,” Hans' friend Bennett Norris told Redskins.com. “And Kirk is his favorite player by far, it’s well known thing on the team -- the whole thing about Kirk, his contract, Hans was on top of it every day.”

Cousins responded to an email inquiry sent to his reps, and when Vollmecke's friends surprised Hans with the message - they recorded it in the video below.

Huge thank you to @KirkCousins8 for making Hans' day. He couldn't have been happier to see it during his recovery. #HTTR pic.twitter.com/lsSqjKuwKF

“My heart goes out to you,” Cousins said in the video. “We’ll be praying for you, stay tough. Want to wish you all the best as you recover and I know your guys at Langley are supporting you and standing with you every step of the way. We’re going to try to give you a great season this fall with the Redskins and give you something to cheer about. Best of luck, man.”

Hans, who is in a wheelchair while recovering, told Redskins.com his pelvis will be 100 percent anywhere from 6-12 weeks.