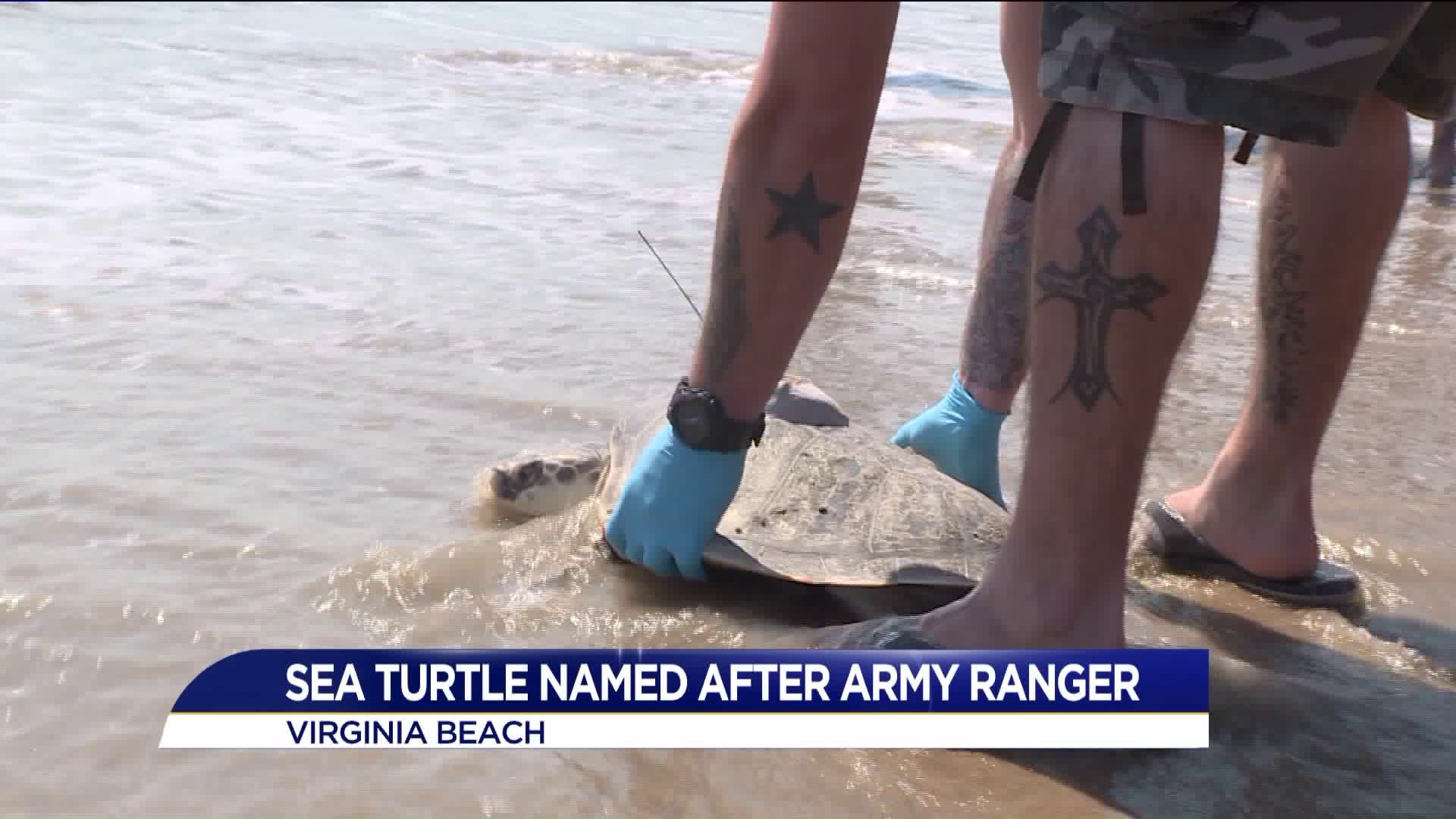 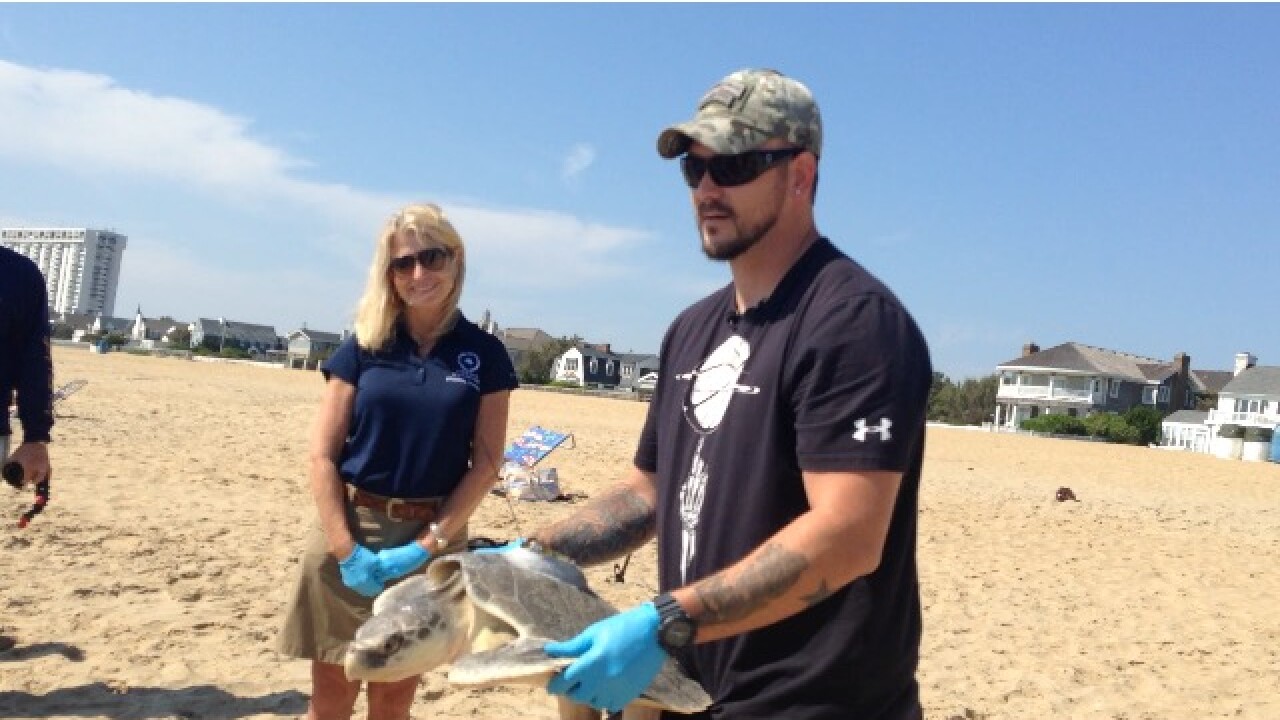 VIRGINIA BEACH, Va. - A sea turtle has been released back into the wild.

The turtle was caught by James Spray, a local Army veteran. He called the Virginia Beach Aquarium after hooking the turtle.

Due to his actions, staff members were able to safely unhook the turtle and rehabilitate him so that he could go back to the sea.

But first, Spray had to name him within the aquarium's theme -- crayon colors.

"I started thinking of a name and the tan beret just kept sticking in my mind from my late friend Jason, and it just clicked, Ranger Tan," said Spray.

Jason Benchimol was a U.S. Army Ranger who tragically took his own life a few months ago while struggling with PTSD.

"It really hit us all very hard," said Spray. "He was someone with a character of just strength, just like the turtle. He was strong, strong on the outside and softhearted on the inside. He cared about everyone."

Spray says he saw a lot of the same qualities in Ranger Tan. So while they released the turtle back into the sea on Friday, Spray saluted him just like when he said goodbye to his friend.

"That was him that wasn't just a turtle that we let go today, that was Jason just in a different form."