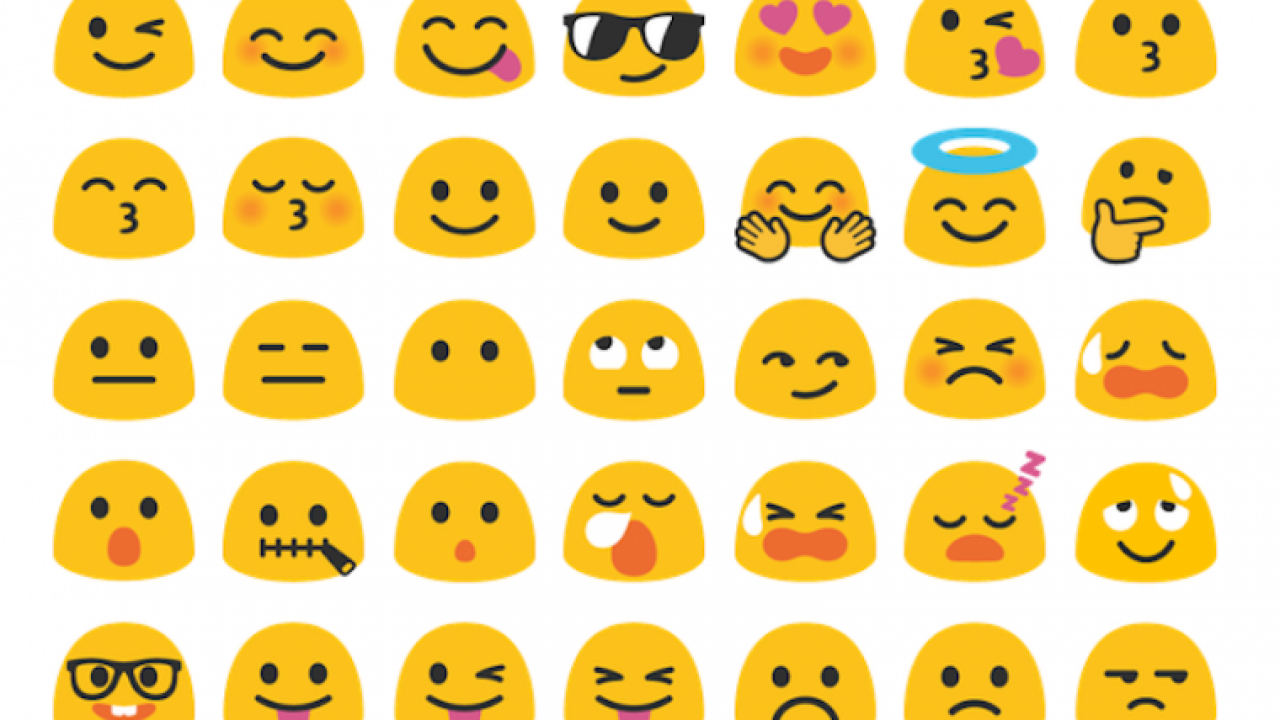 If you’ve ever received an emoji that looked like a half-melted yellow marshmallow with a face, you can blame Google.

Good news, Gmail, Hangouts and Android fans: Google is (finally) revamping its emoji lineup. They’ll no longer look like mutant lemon gumdrops that spent too much time in the sun.

The new version of Android, codenamed “O,” includes a complete redrawing of hundreds of emojis, from “astonished face” to “zipper-mouth.” The new emojis have circular faces, just like every other emoji collection on Planet Earth. Many include the color red, which was a Google no-no for whatever reason. And the new emojis’ colors are more complex, including shadows and gradients.

Google’s new emojis will also include a new suite of characters designed by Unicode, the nonprofit consortium that oversees special characters for smartphones and computers (Unicode makes sure an emoji sent by an iPhone can appear on an Android phone). The new characters include “face with raised eyebrow,” “crazy face,” “vomiting face” and “face with monocle,” which pairs nicely with the peanut emoji introduced in 2016.

You can download a beta version of Android O today if you have a Pixel or a recent Nexus smartphone. Otherwise, you’ll have to wait until your phone updates to “O” later this year. Google, which announced the new emojis at its I/O developers conference on Wednesday, didn’t provide a timeline for updating emojis on its other products, including Google Drive and Google … well, Google.

Google’s blob-like emojis, which look like someone dropped Bart Simpson in a deep fryer, first appeared in 2013, according to Emojipedia (yep! that’s a thing). The following year, Google redesigned all of its characters as blobs. The policeman looked like a thumb dipped in yellow paint wearing a tiny police hat. The cook looked like a stretched-out Dot candy with a chef’s hat.

Last year, Google made its characters more human-like, following Unicode’s recommendations. But it kept its blobby smiley faces … until now.