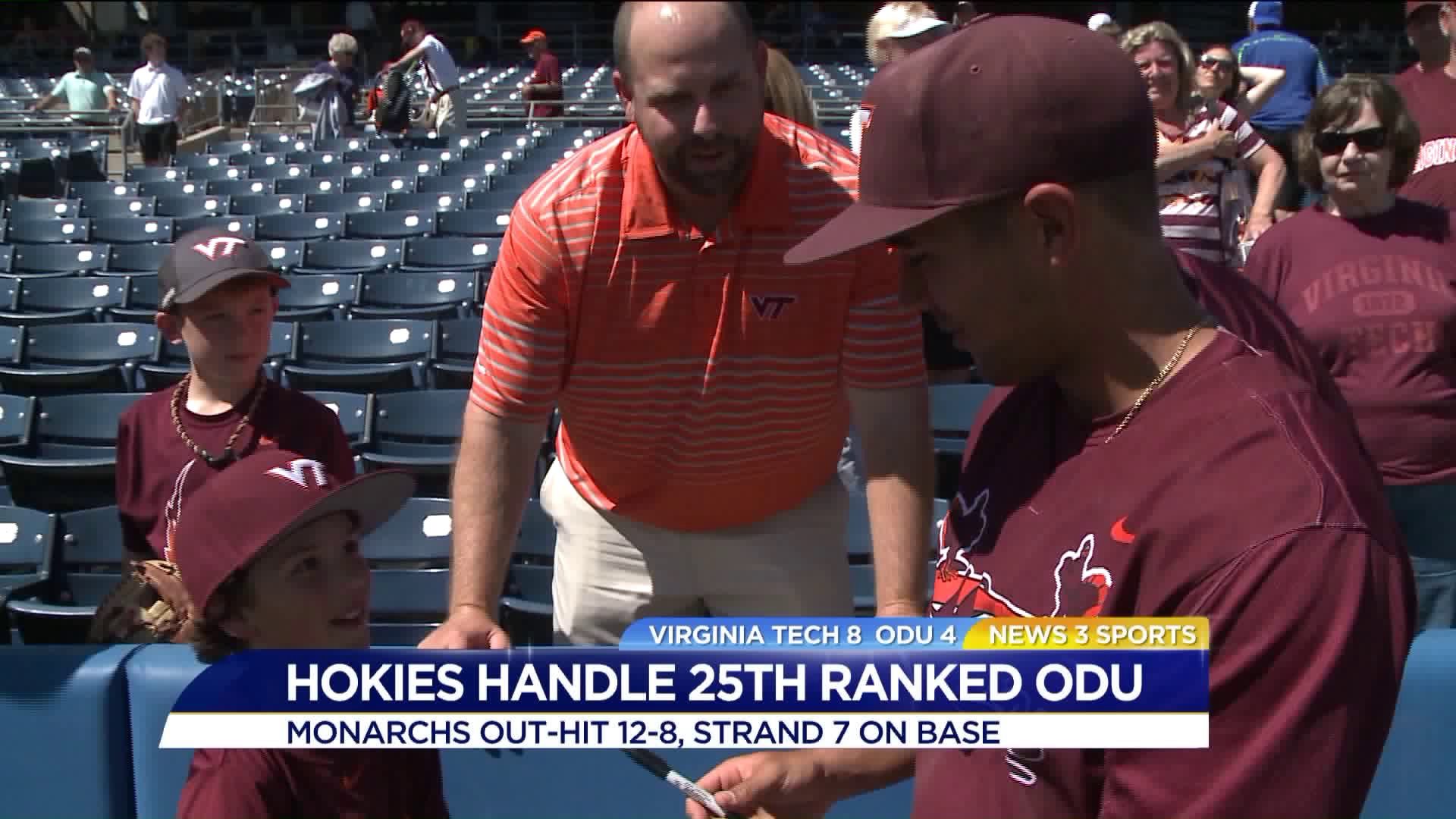 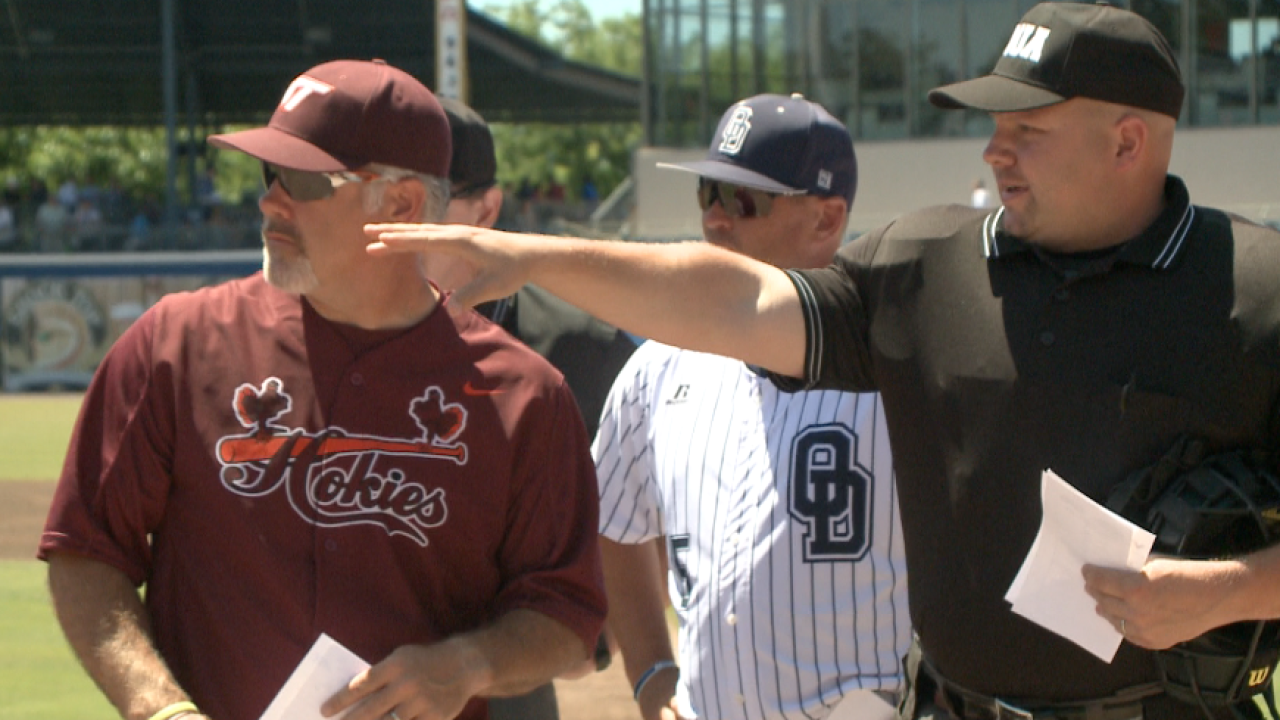 After the teams exchanged zeroes through the first three innings, Virginia Tech (23-29) scored the game's first runs with two in the top of the fourth.

Old Dominion (35-17) responded with three in the bottom of the frame for its only lead of the game.

Tech regained the lead for good in the fifth on Tom Stoffel’s two-run home run – his eighth homer of the season. The Hokies added a run in the sixth on Marcus White’s RBI triple to take a 5-3 lead. ODU closed to 5-4 with a run in the bottom of the sixth, but the Hokies added two more runs in the seventh on an RBI single by Mac Caples and a sacrifice fly by Rahiem Cooper. Tech’s final run came on a sacrifice fly by Jack Owens in the eighth inning.

Culver Lamb led Old Dominion at the plate, going 2-for-3 with a double, a home run and two RBIs. Turner Bishop was the only other Monarch with a multi-hit game, going 2-for-4 with two runs scored. Kurt Sinnen and Nick Walker both drove in a run for ODU.