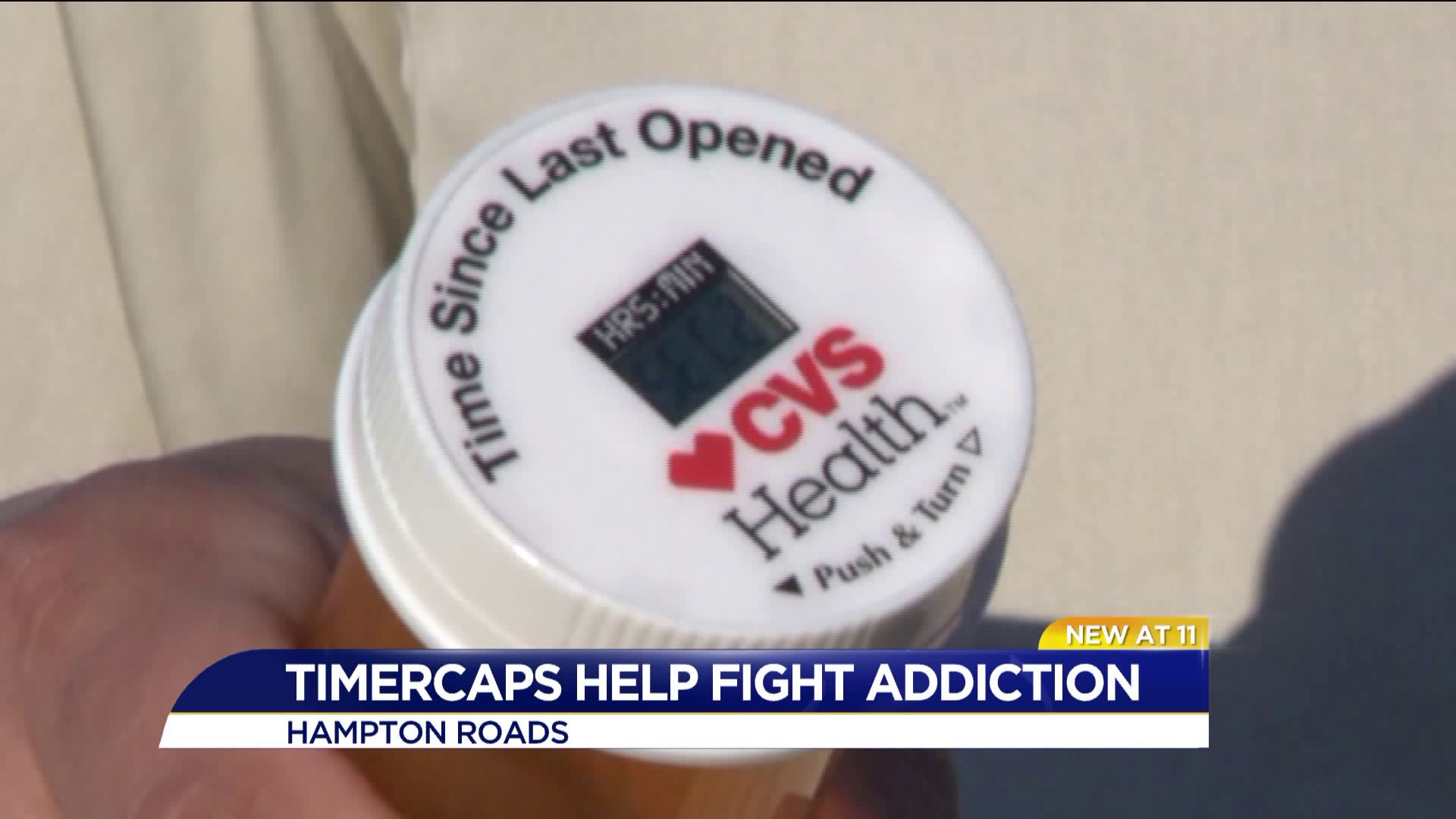 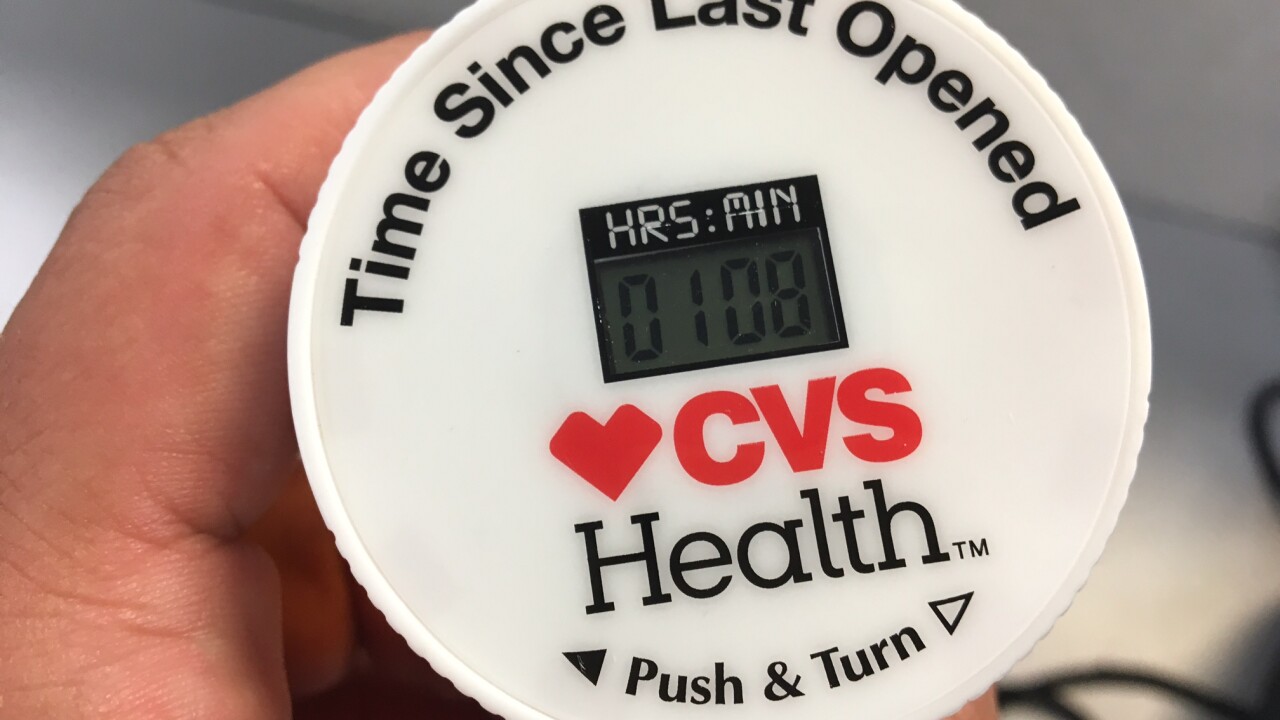 HAMPTON ROADS, Va. - In the fight against the opioid epidemic, one man believes changing the way prescription pill bottles are capped could be key going forward.

Larry Twersky, CEO of TimerCap, says he's inspired by his mother who was addicted to opioids.

A TimerCap has a digital timer that resets every time the pill bottle is opened. It can help remind patients how long it's been since they took their last pill.

"A lot of times people forget 'did I or did I not take my medication?' and now we're finding a lot of people are using this to help them protect against opioid abuse and misuse," said Twersky.

Currently Twersky, who's based in California, says TimerCaps can only be purchased separately at drug stores like CVS and Rite Aid, but he wants to make them and other tools mandatory with all opiate prescriptions. Last week Twersky was in Washington D.C. meeting with agencies like the Food and Drug Administration and the Centers for Disease Control to try and get the ball rolling.

"We're advocating that the pharmacies put a toolkit in with every opioid that is dispensed so people know and they shouldn't have to buy it on their own, it should be something that's included," said Twersky.

Dr. Mihir Patel, a physician at Unity Medical Group in Norfolk, says often times addiction to heroin and other opiates starts with people who are prescribed pain pills.

“The very thread that seems to be underlying all the stories is that their pain doctor or someone else introduced them to opiate prescriptions that they thought were benign and unfortunately it took on a life of its own," he said.

Dr. Patel believes having caps that help patients keep track of how many pills they're taking could go a long way.

"Given the fact that these opiates do come with cognitive depression, cognitive impairment, patients often have a hard time keeping track of their medications and they often resort to watching the clock," he said. "Having a clock in front of you that actually tells you how long it's been it [seems] like it's easily [utilized]."