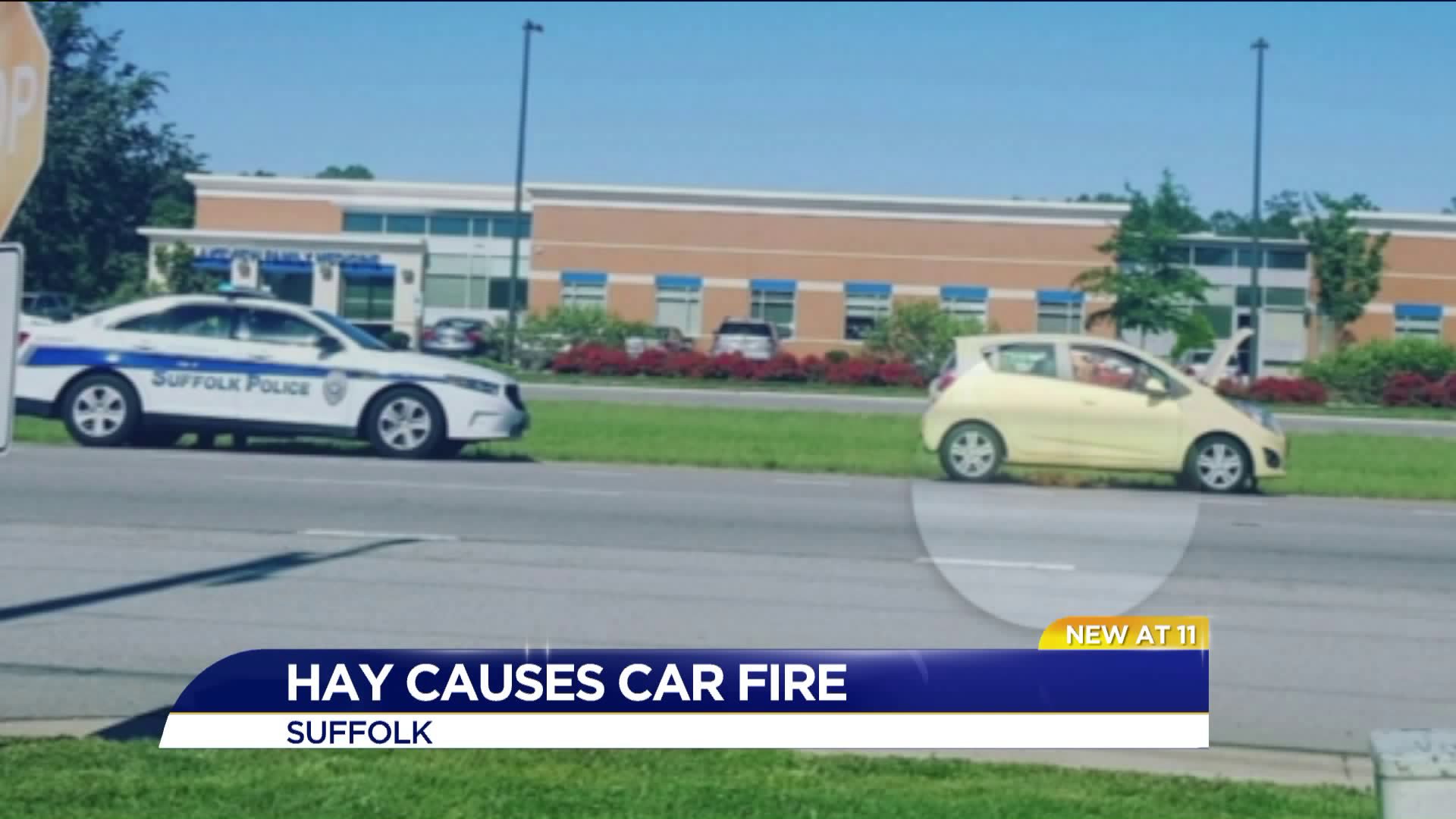 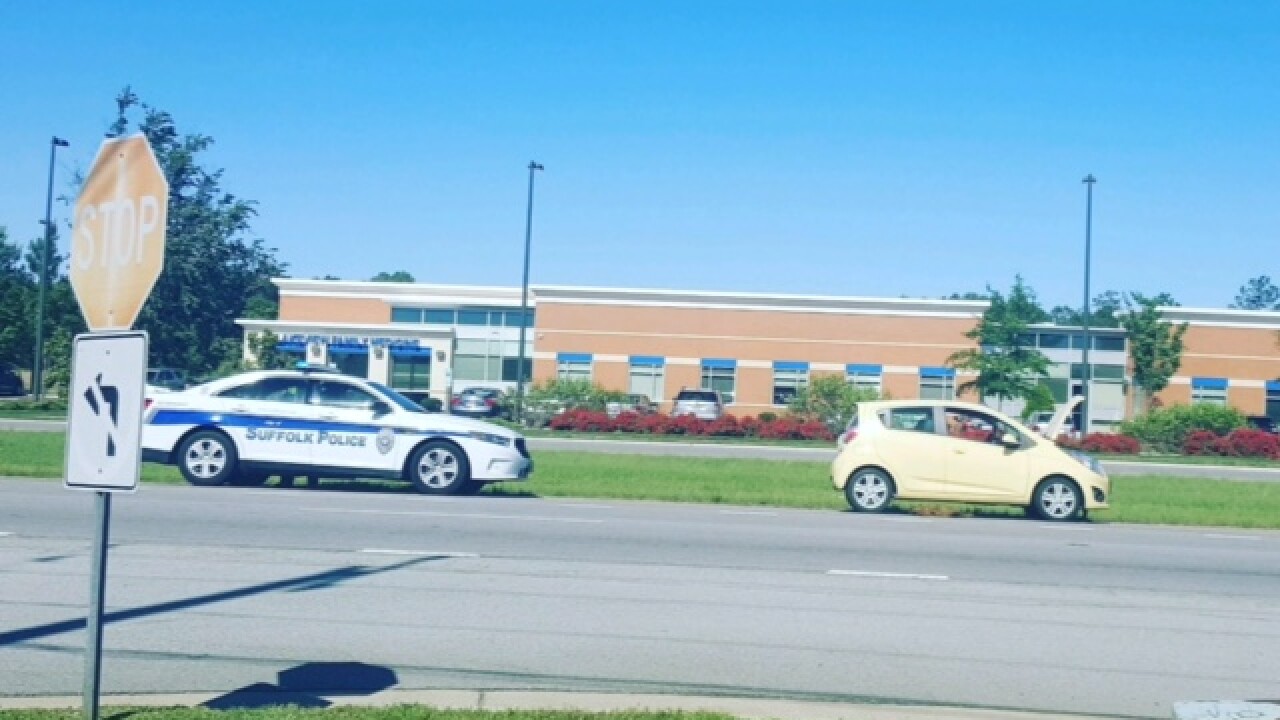 SUFFOLK, Va. - A car caught fire with a young driver behind the wheel and hay is to blame.

16 year-old Jacob Masten said he was driving his friend and little brother home from King’s Fork High School on May 2. While they were less than a mile from school, he said other drivers were signaling for him to pull over because something was wrong with the car.

“I pulled over and just saw the smoke go up in the air and then I realized it was on fire,” said Jacob Masten.

His friend called 911 and Jacob called his mom, Heather Masten.

“It was really awesome that Dr. Lee, the Principal and the Assistant Principal of the school had come out there to see what was going on and to make sure Jacob and his brother were okay,” said Heather Masten.

The American Diabetes Association had a fundraiser at the school a few days prior.

“School administrators are aware of the incident, and are currently investigating insurance liability of the organization who rented the facility --  the American Diabetes Association, who held its Tour de Cure event there on April 27. The organization brought in bales of hay, and in removing them, some clumps of hay were left in the parking lot, including in the parking spot assigned to this student.  When he left school and drove his car away, the hay stuck under his car and caught on fire."

“It's unreal to think that hay would catch a car on fire,” said Heather Masten.

The car is out of service until it’s determined who will foot the $5,000 bill to fix it.

Meanwhile, Heather Masten is stuck having to rearrange her schedule to drive her kids to school and work.

“I would really just like for his car to be fixed,” she said, “I just want to car fixed.”

News 3 also reached out to the American Diabetes Association Monday night but have not heard back.