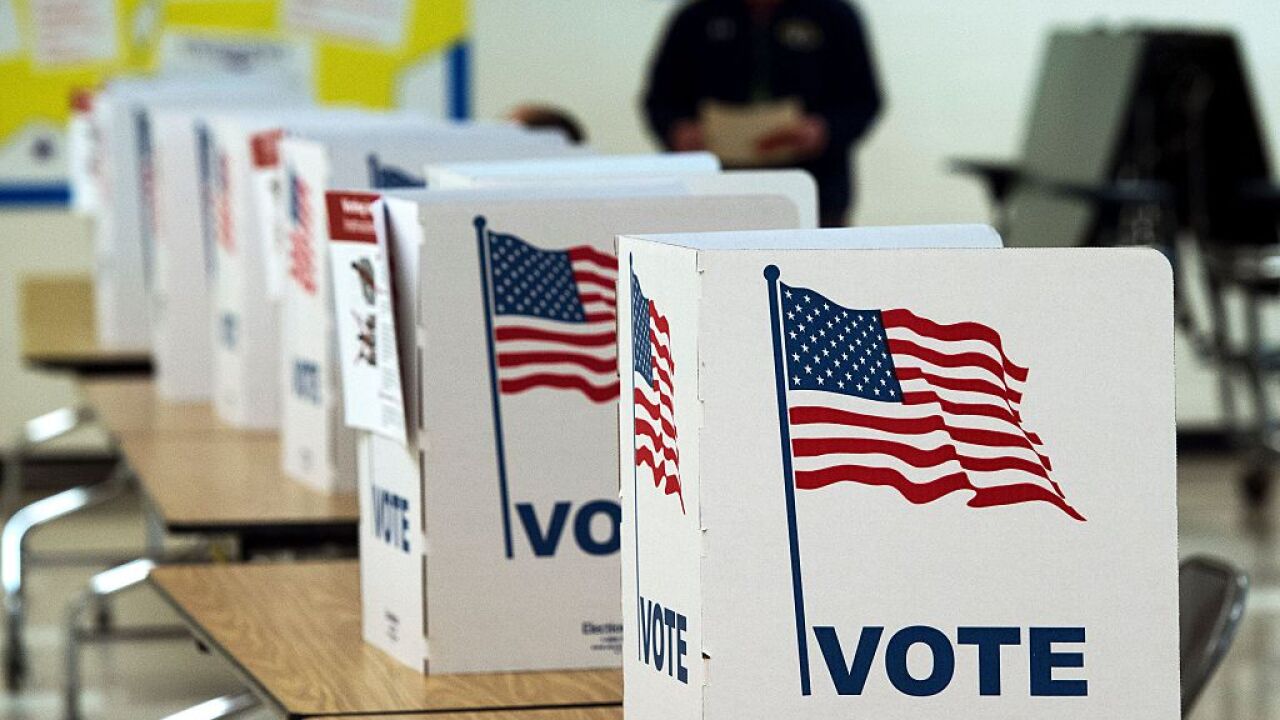 A man walks to use a voting booth March 1, 2016, at one of the Virginia primary election polling stations at Colin Powell Elementary School, in Centreville, Virginia. Voters in a dozen states will take part in “Super Tuesday” — a series of primaries and caucuses in states ranging from Alaska to Virginia, with Virginia the first to open its polling stations at 6:00 am (1100 GMT). / AFP / PAUL J. RICHARDS (Photo credit should read PAUL J. RICHARDS/AFP/Getty Images)

The law was challenged by civil rights groups and the Obama administration, which argued that the law’s photo ID requirement had a disparate impact on minority voters.

The North Carolina General Assembly had urged the court to review a lower court decision that held the law targeted “African-Americans with almost surgical precision.” The Supreme Court declined to weigh in, but Chief Justice John Roberts wrote separately to stress that the denial should not be read as an endorsement of the lower court’s decision.

The case was complicated by the fact that after the election, North Carolina’s new governor, Democrat Roy Cooper, moved to dismiss the appeal that was first filed when Republican Pat McCrory was governor, while lawyers for the General Assembly urged the court to move forward.

“Given the blizzard of filings over who is and who is not authorized to seek review in the court under North Carolina law, it is important to recall our frequent admonition that the denial of writ of certiorari imports no expression of opinion on the merits,” Roberts wrote in a statement.

It would have taken four justices to take up the case, but Roberts’ separate statement reflects the fact that the court saw a procedural obstacle and will instead likely wait for another similar case to come to the court before giving any more guidance on the divisive issue of identification for voters at the polls.

Last summer, before the election, the justices signaled they were closely divided when they split 4-4 on a request to allow the provision of the law to go into effect for the election.

The Supreme Court’s order meant provisions of the law — concerning a tightening in voter ID requirements, cutbacks on early voting and the preregistration of 16-year-olds — remained off the books for November’s election.

“Today’s announcement is good news for North Carolina voters,” Cooper said in a statement. “We need to be making it easier to vote, not harder — and the court found this law sought to discriminate against African-American voters with ‘surgical precision.’ I will continue to work to protect the right of every legal, registered North Carolinian to participate in our democratic process.”

The North Carolina GOP said in a statement that it plans to “continue to fight” for the voter ID measures.

“Republicans will continue to fight for common sense and constitutional voter ID measures, similar to what many other states already have,” Chairman Robin Hayes said in a statement. “While Governor Cooper and Attorney General (Josh) Stein have stymied voter ID for now, they will ultimately lose in their efforts to block North Carolina citizens from having these protections.”

And Republican leaders of the General Assembly, House Speaker Tim Moore and President Pro Tempore Sen. Phil Berger, vowed to “continue fighting to protect the integrity of our elections by implementing the commonsense requirement to show a photo ID when we vote.”

The ACLU applauded the Supreme Court’s decision to let a lower court opinion stand in a statement Monday.

“This law, enacted with what the appeals court called discriminatory intent and ‘almost surgical precision’ targeting African-American voters, is meeting its much-deserved demise,” Dale Ho, the director of the ACLU’s Voting Rights Project, said in a statement. “An ugly chapter in voter suppression is finally closing.”

And Kristen Clarke, the president and executive director of the Lawyers’ Committee for Civil Rights Under Law, said the court’s move “now renders North Carolina’s law null and void, and brings to a close a long and protracted battle over a law deemed one of the most egregious voter suppression measures of its kind.”

“Now is the time for North Carolina lawmakers to restore access to democracy for its citizens,” Clarke added.

“This is a huge victory for voters and a massive blow to Republicans trying to restrict access to the ballot, especially in communities of color,” he said in a statement. “Across the country, the GOP has rammed through laws like this one to make it harder, not easier, for Americans to exercise their constitutional right to vote.”

But the conservative Heritage Foundation said it was “disappointing that the Supreme Court did not accept for review an obviously wrong decision by a 4th Circuit panel that doesn’t follow the court’s own precedent and other decisions on voter ID by other federal courts.”