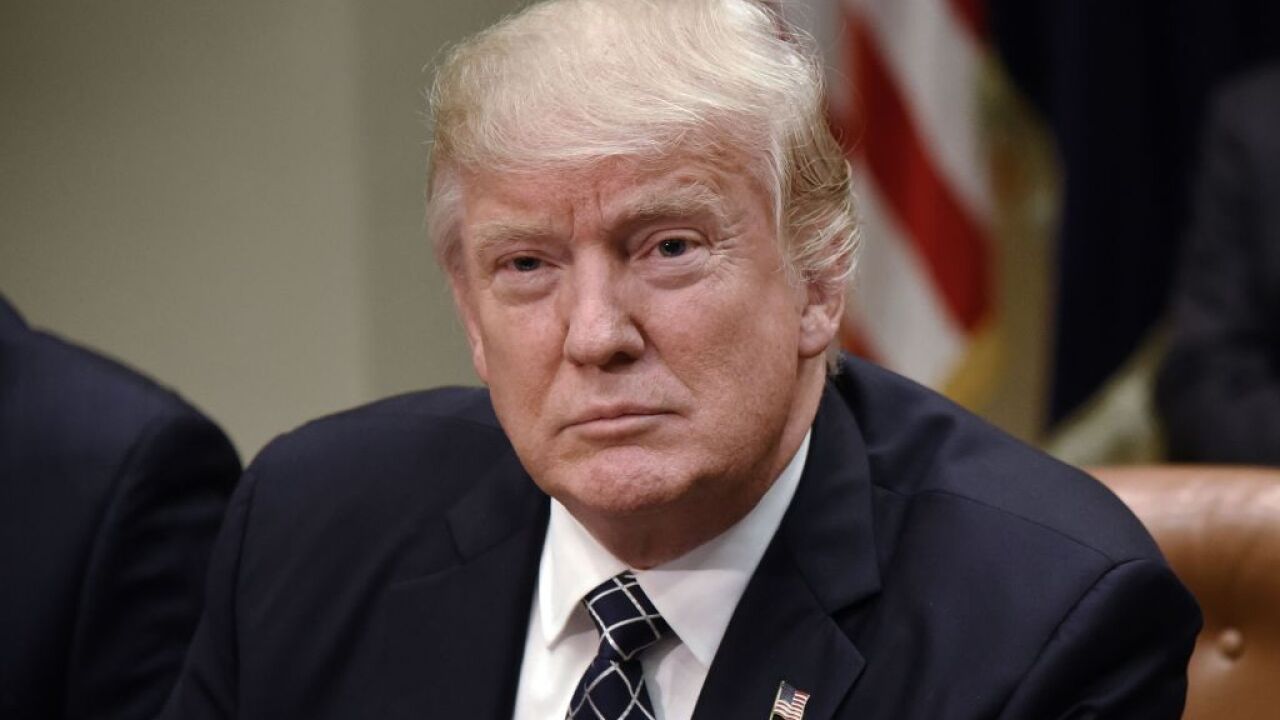 WASHINGTON, D.C. – APRIL 25: (AFP-OUT) US President Donald Trump signs the Executive Order Promoting Agriculture and Rural Prosperity in America during a roundtable with farmers in the Roosevelt Room of the White House on April 25, 2017 in Washington, DC. (Photo by Olivier Douliery-Pool/Getty Images)

A New Yorker report that gives President Donald Trump’s theory about exercise has some people scratching their heads.

“Other than golf, he considers exercise misguided, arguing that a person, like a battery, is born with a finite amount of energy,” writes Evan Osnos in a piece entitled “How Trump Could Get Fired” that appears in the May 8, edition of the New Yorker.

It’s not the first time it’s been said that Trump and exercise aren’t friends. This, from a February 6 piece in Axios: “The only workout Trump gets is an occasional round of golf. Even then, he mostly travels by cart. On the campaign trail he viewed his rallies as his form of exercise.”

After college, after Trump mostly gave up his personal athletic interests, he came to view time spent playing sports as time wasted. Trump believed the human body was like a battery, with a finite amount of energy, which exercise only depleted. So he didn’t work out. When he learned that John O’Donnell, one of his top casino executives, was training for an Ironman triathlon, he admonished him, “You are going to die young because of this.”

And then there was this from a 2015 New York Times magazine profile of Trump: Trump said he was not following any special diet or exercise regimen for the campaign. ”’All my friends who work out all the time, they’re going for knee replacements, hip replacements — they’re a disaster,” he said. He exerts himself fully by standing in front of an audience for an hour, as he just did. ‘That’s exercise.'”

Trump’s health, broadly speaking, is a mystery. Although he is, at 70, the oldest president ever to be elected to a first term, we know little of the details of his health. In September 2016, Trump’s personal doctor — Harold N. Bornstein — released a letter that noted Trump’s parents lived into their “late 80s and 90s” and pronounced him to be in “excellent physical health.” Back in December 2015, Bornstein had written a letter proclaiming: “If elected, Mr. Trump, I can state unequivocally, will be the healthiest individual ever elected to the presidency.”

While the generally-held belief within the medical community is, contra Trump, that exercise is good for you, there was one study from 2015 published in Circulation magazine that suggested people who exercised strenuously 4-7 times a week were at increased risk for vascular disease when compared to those who exercise strenuously 2-3 times a week.

Despite reportedly being somewhat self-conscious about his weight, Trump regularly touted his physical fitness, as compared to that of Hillary Clinton, on the campaign trail. “To defeat crime and radical Islamic terrorism in our country, to win trade in our country, you need tremendous physical and mental strength and stamina,” he said in August 2016. “Hillary Clinton doesn’t have that strength and stamina.”