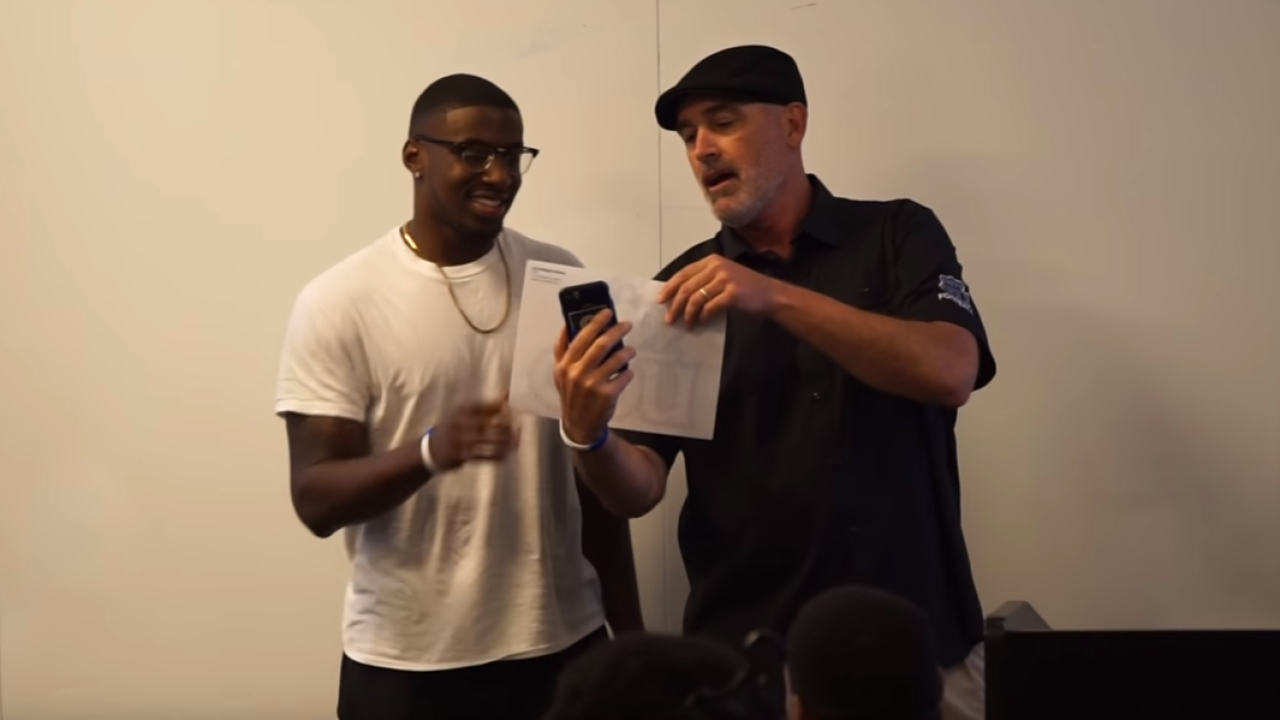 NORFOLK, Va. – It’s not a Mother’s Day gift you can pick up at Walgreen’s or the shopping mall.

Over the weekend, Old Dominion head football coach Bobby Wilder surprised walk-on Marvin Branch with a scholarship. But what’s more: the Suffolk native (Nansemond River High School) was able to share the good news with his mother – who was on the phone via Facetime with Marvin as he read the “card”.

Last season, Branch played in 11 games at linebacker and on special teams during his sophomore season. He recorded four tackles in ODU’s Popeye’s Bahamas Bowl victory vs. Eastern Michigan.

@ODUCoachWilder @Tr3ySe7en Thanks Coach you made my wife Mother's Day that much more special!! She will never forget this day !!