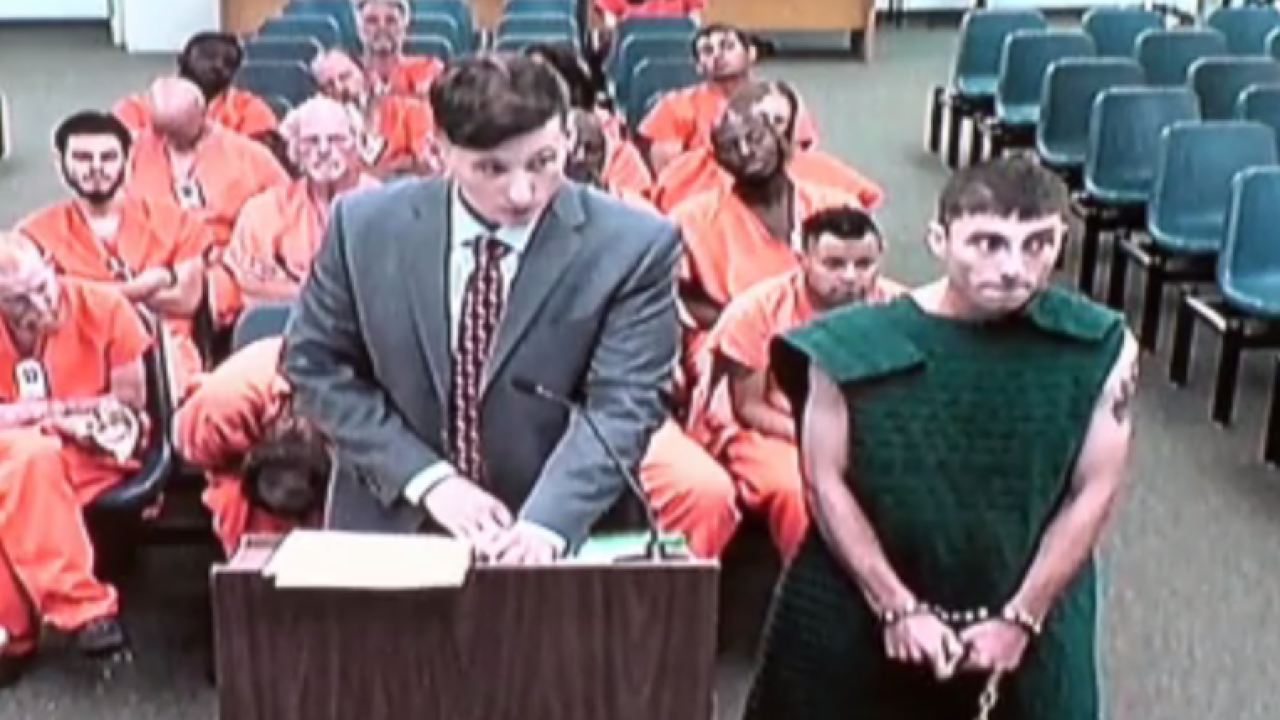 TAMPA, Fla.  – A road rage suspect with ties to Chesapeake, Virginia is still in jail in Tampa, after he was arrested by Florida Highway Patrol officers for smashing a car window to bits during a heated road rage incident that was caught on video.

Florida State troopers told WFLA that the man screaming his head off in the video filmed along Interstate 4 in Tampa is 26-year-old Eric Starowicz.

Another driver caught the heated confrontation on cell phone video. The video shows moments after a driver rear-ended the Jeep Wangler driven by Starowicz.

Witnesses explained that Starowicz passed a van that was slowing down to merge and then slammed on the brakes. The driver of the van wasn’t able to stop in time and hit his Jeep, CBS 6 reported.

That’s when Starowicz allegedly jumped out and was filmed berating the driver of the van went off.  Then troopers reported that Starowicz smashed a window in the van and sent glass raining down.

He was heard on the video telling the driver he should kill him right then and there. He then left the scene, according to police, who found him at his home on Sunday morning.

Starowicz appeared before a judge a Monday morning, wearing a suicide prevention outfit that the jail put him in.

Starowicz was charged with burglary of conveyance with assault or battery, driving with a suspended license,  and leaving the scene of an accident.  The judge set his bond at $25,000.

It’s not his first run-in with the law. He has at least five prior traffic-related charges in the Tampa area, along with speeding tickets in Virginia. And his prior conviction for abusive language to another was in Chesapeake in 2010.

The judge ordered him to stay away from the victim in the road rage incident.