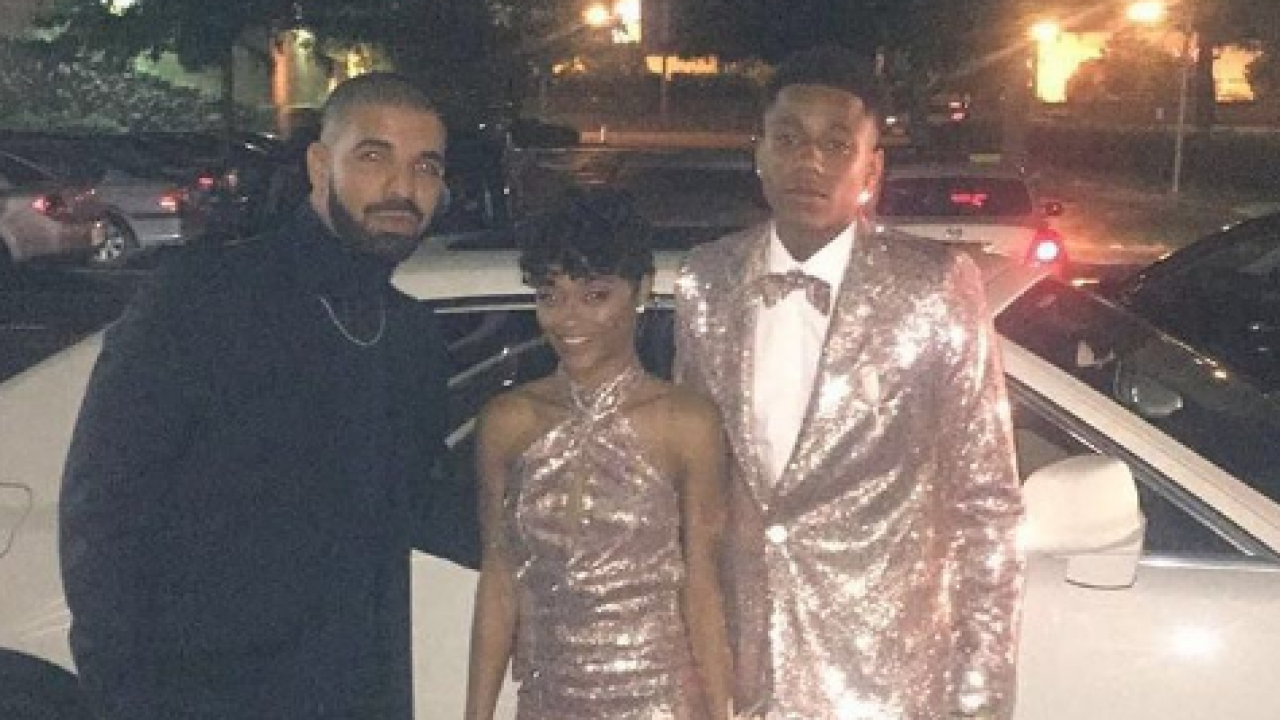 The rapper showed up in Memphis over the weekend, reportedly to escort his cousin, Jalaah Moore, and her date to the prom.

Drake posted a photo of the couple on his official Instagram account with the caption “Prom 2017 #FairleyHighSchool #901 #YoungLove.”

Moore also shares some images from her big night, tagging one of them as the “Best Day Everrrr.”

Suffice it to say the students at Fairley High were pretty excited and there was plenty of social media evidence of their delight.

According to TMZ, Drake also picked up the tab for Moore’s class at an after party held at the Hard Rock Cafe.

The rapper has a bit of a rep for making prom dreams come true.

In 2014 he visited with terminally ill 15-year-old Houston resident Kennedy Brown as a result of a viral campaign to fulfill her prom wish to meet Drake.

Brown, who battled brain cancer for two years, died a few months after the visit.