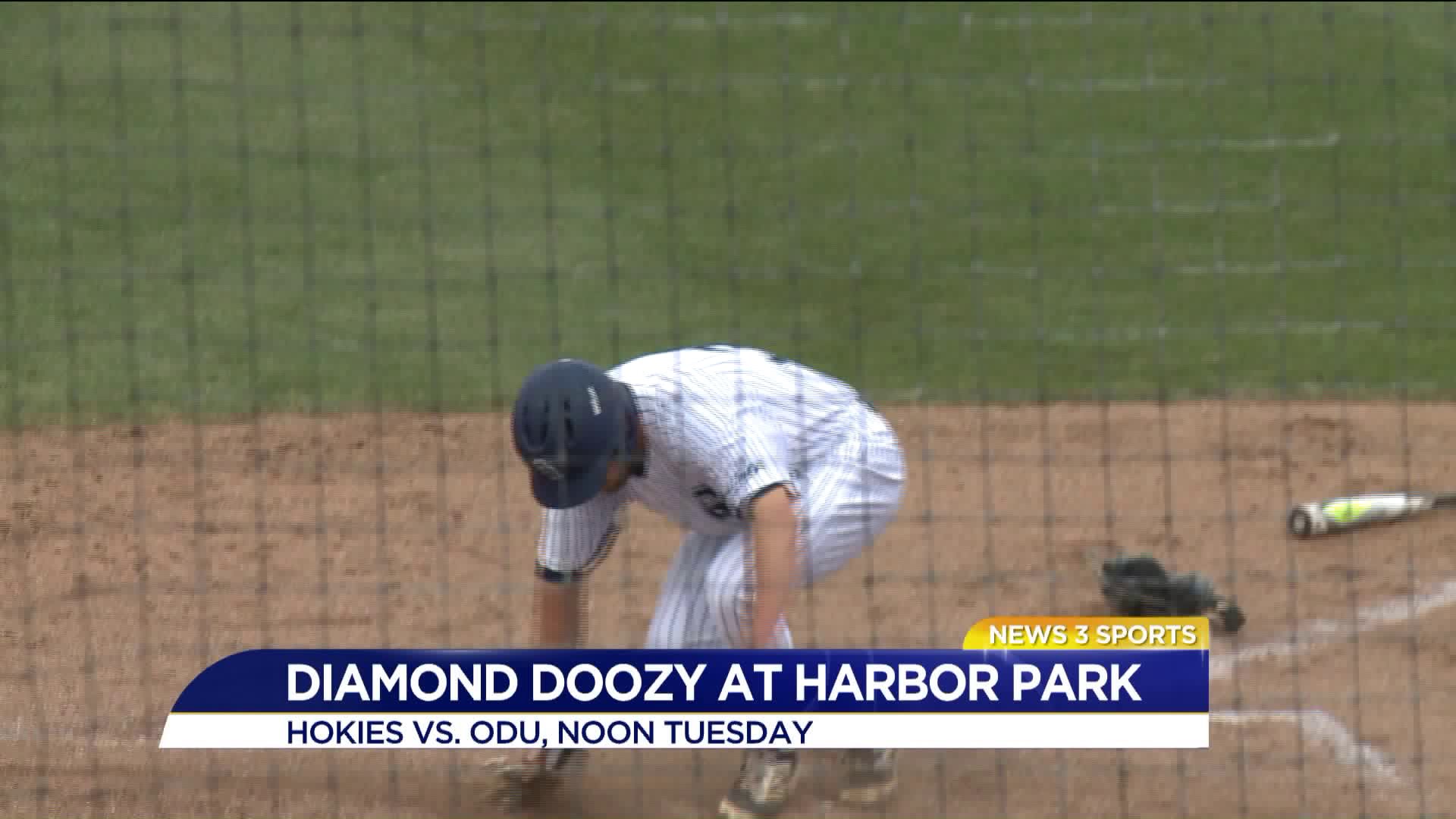 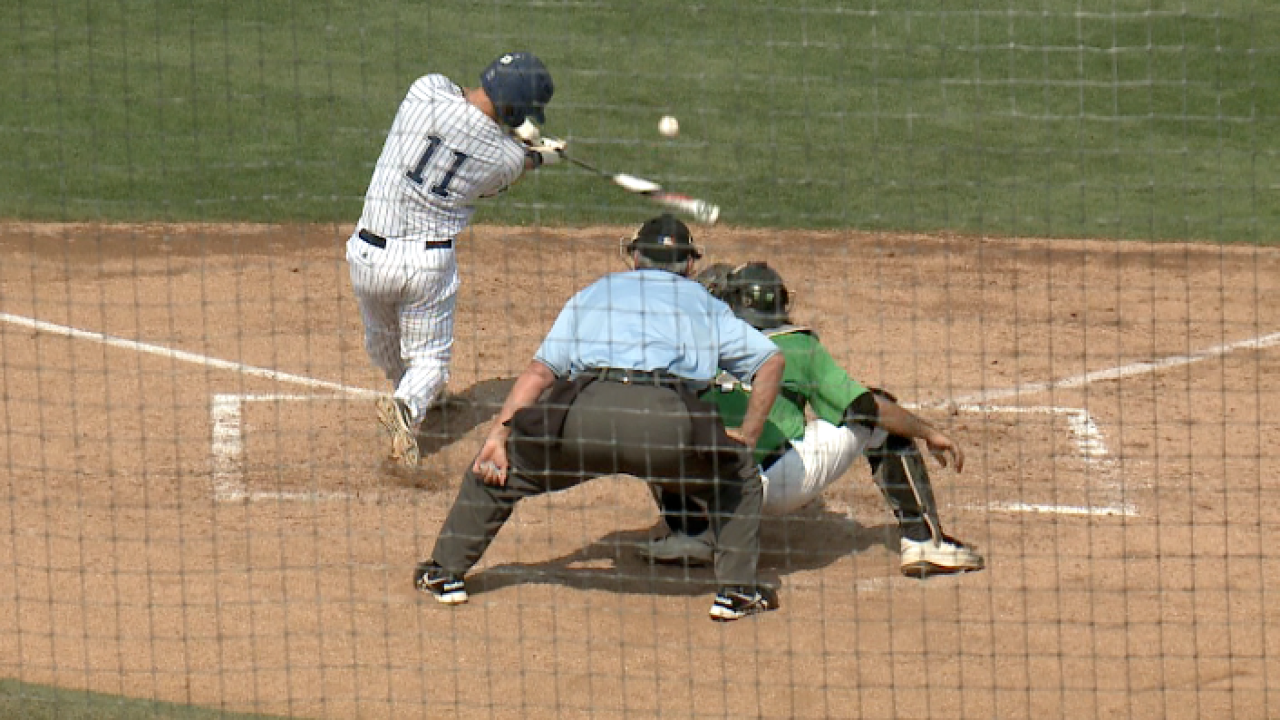 Kyle Beam after his two-run home run vs Marshall

NORFOLK, Va. - No. 25 Old Dominion is set to host Virginia Tech for the fourth annual Harbor Park game on Tuesday at noon at the home of the Norfolk Tides. The Hokies mark the first time that ODU has not played Virginia in the annual event.

Tickets are available for purchase at YNotTix.com. For fans unable to make it out to Harbor Park, a live video stream will be provided via CUSA.tv along with a radio broadcast on STAR 1310 featuring commentary from Ted Alexander and Doug Ripley.

Overall, the Monarchs are 2-1 all-time in the Harbor Park game, suffering its first loss in the event last year to No. 20 Virginia, 8-4.

Old Dominion (35-16, 18-9 C-USA), ranked 25th in this week's D1 Baseball Top 25, is coming off a thrilling series win over FIU this past weekend. The Monarchs, trailing 10-2, mounted a nine-run seventh inning to pull out the come-from-behind victory and clinch the series on Senior Day.

In the last 13 games, Old Dominion is hitting .353 as a team with 63 extra-base hits, including 48 doubles and 11 home runs. Jared Young leads the Monarchs offensively, as the juco transfer is hitting a team-leading .367 with seven home runs and 33 RBIs. Shortstop Zach Rutherford leads the team in RBIs with 53, while Rutherford and freshmen Kyle Battle and Vinnie Pasquantino are all hitting .340 or better.

On the mound, freshman Michael Blanchard is set to make his fourth start of the season. Blanchard is 1-1 with a 5.91 ERA on the year and owns a 4.00 ERA in his three previous starts.

Virginia Tech (22-29, 9-18 ACC) enters Tuesday having lost eight of its last 10 games after dropping 2-of-3 to No. 3 North Carolina over the weekend. The Hokies are one of the top power teams in the nation, as Tech ranks third in the NCAA with 81 home runs. Sam Fragale leads the Hokie offense with 15 home runs and 63 RBIs, while Tom Stoffel is hitting a team-high .346 with seven homers and 46 RBIs. On the mound, the Hokies own a club ERA of 5.91.

Overall, Old Dominion is 7-4 in midweek games this season and 6-4 against in-state opponents. Virginia Tech leads the all-time series against ODU, 57-17. The last time the two teams met was last year in the ODU Baseball Tournament, when the Hokies won, 22-1.

Virginia Tech leads its all-time series vs. Old Dominion 59-to-17 with the Monarchs' last win vs. Tech coming in 2002.

ODU and Tech will attempt to break the Virginia state record for most fans to ever watch a college baseball game in the Commonwealth. The all-time mark, 6,029 fans, was set at Harbor Park in 2015 when ODU defeated 23rd ranked Virginia.