Tennis player with autism slices up the competition 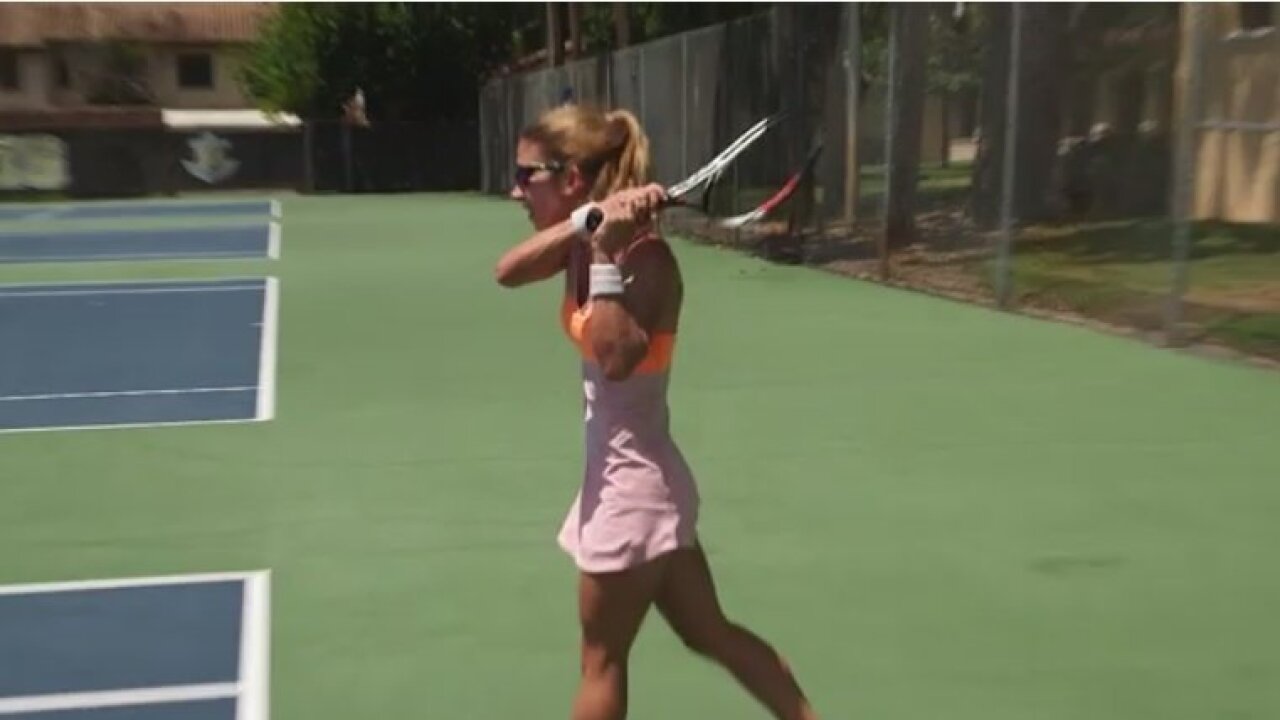 Brittany Tagliareni is not your typical tennis player. Before a match, she needs help tying her shoes and putting her hair in a ponytail.

But none of that matters once she steps on the court.

The sport has opened up a whole new world for the 26-year-old athlete with autism.

“People accept me for who I am, and what I can do,” she told CNN.

“I like … beating the men,” she said with a laugh.

When Brittany was a baby, her mom noticed that she wasn’t reaching the developmental markers like other kids her age.

“Every time I went to the pediatrician, they said, ‘Don’t worry, don’t worry. Some babies are later,'” said her mom, Catherine Tagliareni.

Brittany never learned to babble or crawl. At 2, she was diagnosed with pervasive developmental disorder.

“I just expected her to do the same things as any other baby. It was just going to take her a little bit longer,” her mom said.

Brittany also was diagnosed with an auditory processing disorder and motor-control issues caused by apraxia and dyspraxia.

She didn’t say her first word until she was 6.

But it took three more years for her parents to get a more definitive diagnosis.

“It wasn’t until she was 9 that we heard the word ‘autism,'” her mom recalled. “It was one of those things, ‘Well, now what do I do?’… But it was the same girl, the same therapies.”

Getting on the court

Growing up in Orlando, Florida, Brittany looked up to her brother.

“I always liked to do the same things my brother did,” she said.

“When A.J. started tennis, Brittany wanted to start tennis,” her mom said. “But I said, ‘You have to let me help you first. And then if we can get you hitting some balls across the net then I’ll put you in lessons.'”

Brittany was 18 when she first picked up a racquet. With patient coaching and a lot of repetition, she started improving. Her confidence grew both on and off the court.

“Before tennis, she would go to a home school class one day a week, and she would not talk to anyone,” her mom said. “She really didn’t have a social life at all. She didn’t have any friends.”

She would also go into what her mom called “autistic land.”

“It takes so much for her to go somewhere and carry on a conversation,” her mom said. “It’s much easier for her to go in her room and ‘talk to the air,’ listen to music or go on the computer and not have to deal with any of those issues.”

But tennis gave her the motivation to improve her social skills.

When she plays in Special Olympics competitions, she gets paired up with men because she’s usually in the top division.

“She loves to beat the guys,” her mom said.

Brittany also competes in international tournaments through Athletes Without Limits. In 2014, she was the top-ranked woman in her division at the INAS (International Federation for Intellectual Disability Sport) World Tennis Championships in Mont-de-Marsan, France.

“I am very happy about playing tennis because it’s a lot of fun, and I like the fame and the fortune,” Brittany said with a smile.

Vladimir Obradovic, her tennis coach, said she always brings a positive attitude to the court.

“She’s an inspiration for me every day … she’s very athletic.”

Obradovic said he’s seen a huge improvement in her skills.

“The first lesson that we had, there were 60 balls in the basket, and all 60 balls went over the fence,” he said. “Four years later, she’s competing in money events here in Florida with people without any disabilities.”

The sport has given her the chance to exceed expectations, her mom said.